We have all fallen into a ‘fad’ at some point. But there seems to be quite a following and popularity centered around kitchen appliances. It is especially easy to dive into newfound hobbies and interests in a time where many people are stuck at home with their families or on their own. 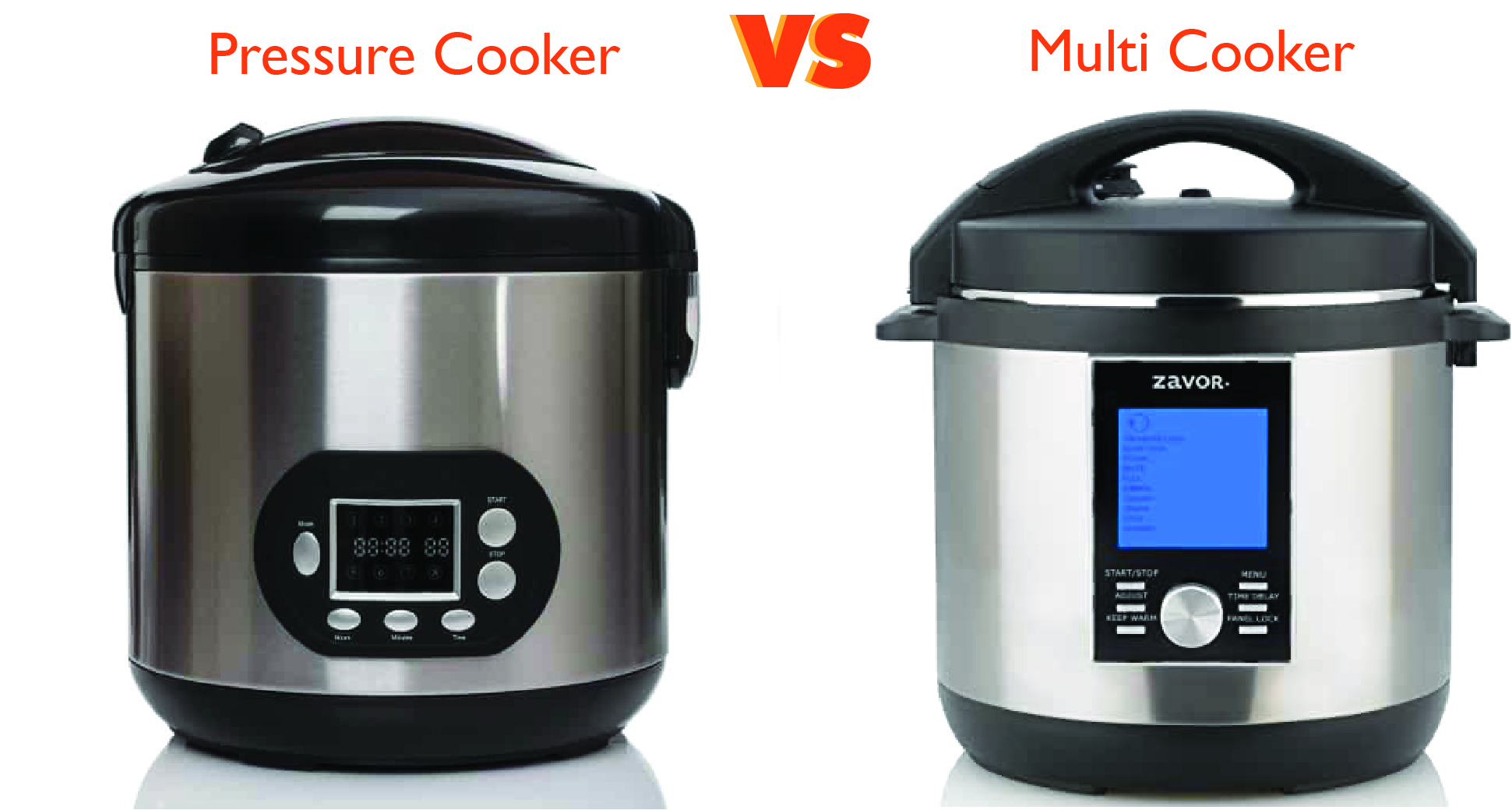 There are so many new ways to cook and to spice up old, overused recipes that can be found anywhere on the internet by a simple search. Though, it may be hard to find what tools will suit best for what needs that must be met.

The most popular options are what is called a multi cooker and also a pressure cooker. There may be an impression that they are the same thing, but there are differences that are surprising when noted.

There are also some extra-large pressure cookers that are ideal for large families.

A multi-cooker is an electric kitchen appliance for automated cooking. It can boil, simmer, fry, deep fry, stew, steam, slow cook, and much more, to say the least. The name says it all.

A multi-cooker can spark a new desire to cook and make a beginner look like a culinary genius. It can be used on any surface, and its ability to provide a variety of cooking tasks could even clean up some unwanted clutter on countertops.

When cooking on a stovetop, the only way that a pot or pan can heat up is from the bottom. But with a multi-cooker, your food is heated throughout the whole appliance and guarantees that there will be no worry of uneven cooking.

Using a multi-cooker in the summer heat will not cost you a fortune from running the air conditioner on full blast since the heat is contained inside the pot. So, it won’t turn up the heat in your kitchen. I believe that people serving a large gathering will really benefit from a larger multi cooker.

The main reason why I love the multi-cooker is that I can make baked goods as well. I never get shy around a cheesecake. Due to an invasive amount of variety in this appliance, a small family of three or less can get their hands on a smaller pot too.

For those who are always on the go, a multi cooker is safe to be left unattended while at work, while on an errand, or on a trip to the store to stock up on ingredients needed to make new and exciting recipes.

Prices can range between $50-$200 dollars, mainly based on size and accessories. Good news for anyone savvy with savings, a lot of in-store and online retailers offer sales just about anywhere at any time.

A pressure cooker is an appliance that cooks food under high-pressure steam from water or water-based liquids, such as broth or milk. It is perfect for meat stews and for even baking cakes.

Considering the use of electricity needed to use everyday kitchen appliances, a pressure cooker saves up to 90% of the energy consumed by simply boiling a pot of water as well as using 75% less water.

It is true that the longer you cook your food, there are fewer benefits and flavor retained. So, the quicker it cooks, the healthier it may be. Since a pressure cooker can reach such a high temperature, it’s able to eliminate harmful bacteria that may be present.

It can save a lot of hassle if you find cooking to be tedious. This device cooks at such a high-pressure, that it is especially convenient after a hard day at work or on a lazy Sunday. You just have to quickly dig through your cupboards for a few items that the pressure cooker could turn into an effortless dinner.

If your dog or cat is the pampered type, it is possible to make homemade pet food that your dog will love and your cat will secretly enjoy.  It is important that with a pressure cooker that you stick to the directions as they follow.

For example, you can use a pressure cooker to can foods. However, there are only certain types of pressure cookers that are specifically made for only canning. It is highly recommended that you use the cooking methods that the specific cooker you buy allows, and nothing else.

Prices for this appliance can range around the same price as a multi-cooker, which is between $50-$200 dollars.

One negative impact the pressure cooker has is once you begin the process, you can not open the pot without having to start over. Something relatively small to think about, since water boils at different temperatures depending on elevation, cooking times may vary in high altitude cities.

Some foods can be dangerous to cook in a pressure cooker, though modernized technology has provided some pressure cookers with safety features to prevent disaster.

It is still safe to stay away from preparing foods like oatmeal, applesauce, or pasta in a pressure cooker as that may clog the pressure valve and cause harm.

Some meals won’t turn out the way the recipe says it will unless the directions are followed to a T. There are types of multi-cookers that will pressure cook, too.

The multi-cooker has a steep learning curve because of the mass amounts of options and features. I could see myself becoming frustrated with it and would eventually collect dust in my kitchen.

Overall, it really comes down to who would benefit better from the two options. They average around the same price.

There are so many wonderful, new ways to cook, and different foods to make. If you are as serious as you are hungry, go for the multi-cooker. It should satisfy your appetite after a hard day of learning the how-tos.

If you are too busy and environmentally friendly, the simplicity of a pressure cooker may be your ticket to more leisure time and a little bit humbling for saving the earth.