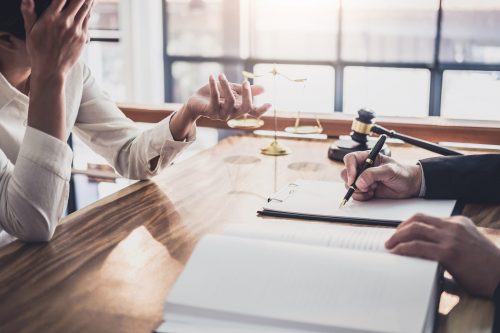 In order for various legal proceedings to go ahead – particularly those which involve a claim against a particular individual or third-party – judiciary process servers need to “serve” the party in question with legal documents pertaining to the case.

Skilled Judiciary Process Servers are highly valuable, not only because they can ensure that legal documents are served as smoothly as possible, and as quickly as possible, but also because they may be instrumental in helping to ensure that proceedings move forward diplomatically and without violence or other deeply unwelcome complications.

At the same time, though, there are some serious and prevailing myths out there about the process of serving legal documents, and what does or doesn’t count as the successful serving of those legal documents.

For some reason – and probably because of Hollywood and various screen depictions of the process of serving legal documents – many people believe the mistaken idea that legal documents have to be directly handed to the party they are being served to, in order for them to be successfully served.

In reality, though, the documents are served essentially as soon as the process server determines the identity of the individual they are serving the documents to, in person.

So, if a judiciary process server asks for your identity, and you confirm it, then they could just as easily drop the documents in front of you and walk away as handing them to you, and you would still be “served.”

It doesn’t do you much good to be sitting in your vehicle and refusing to get out, either. If your identity is confirmed, the server can simply leave the documents on your windshield and go about their business, and you will still be legally served.

Partly because of this belief, a substantial number of individuals who are going to be served legal documents actually abscond, or go to substantial lengths to avoid being seen.

While avoiding the server will potentially cause delays, and will make their lives more frustrating, however, it is simply untrue that this means that legal documents cannot be served and that the process cannot continue.

Instead, the court can simply be petitioned to serve the documents via publication or by other means.

Servers can go to extreme lengths to serve documents

Professional legal servers may have a background in the military or police force, but it would be a mistake to believe that they can go to extreme lengths in order to forcefully serve legal documents.

A judiciary process server is not allowed, for example, to break into a home, to trespass on private property, to pretend to be a law enforcement officer or an officer of the court, to make threats, or to force open a door.

There are also many specific rules and regulations surrounding how documents must be served.

A good judiciary process server will know how to time their visit properly, and how to conduct the process of serving the documents as smoothly as possible. But they are not bounty hunters or law enforcement officers.

Interesting Related Article: “Importance of Rule of Law for Business“