NASA, with one of its core missions being to study Earth and improve aircraft efficiency, seems synonymous with innovation and pushing boundaries. Some efforts that stem from NASA’s engineering/techy crew are spinning off and have now made their way to the frontlines of a pressing issue: the fight to mitigate and manage the effects of climate change. 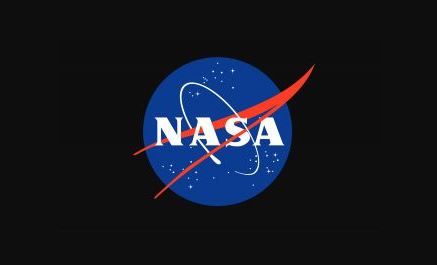 The very same advancements that came from the toil of NASA experts and make it possible for space travel despite harsh conditions and demands, nicely transition to the realm of reducing greenhouse gas emissions, improving existing and alternative energy sources and are even helping strengthen human understanding of the causes and effects of climate change, according to a NASA article.

“It is remarkable to see the transference of NASA innovation and technology used in Space now being applied to Planet Earth in this way. This kind of collaboration, adaptation and adoption is going to be of great assistance in mitigating and managing the effects of climate change on Planet Earth,” said Neil Mitchell, insurtech co-founder, early stage investor and advisor.

Carbon dioxide levels are widely known to be one of the prominent causes of climate change on Earth, Mitchell noted. “On Mars, however, where most of the atmosphere is CO2, the gas could come in handy,” according to the article. “Under NASA contracts, one engineer helped develop technology to capture Martian carbon dioxide and break it into carbon and oxygen for other uses, from life support to fuel for a journey home.”

Although that early technology never flew, that prototype led to a system that now captures natural gases at oil wells, which is a far better outcome rather than burning them off and dumping the remaining CO2 into the atmosphere.

And another version of the early system helps beer breweries go “green” by capturing the carbon dioxide from the brewing process, as opposed to venting it, “and using it for carbonation instead of buying more.”

Conserving energy is a pivotal consideration for space travel, and many of NASA’s innovations in that field are now gaining traction on earth by improving energy efficiency.

Case in point: NASA assisted in the creation of a specific type of reflective insulation that would allow for spacecraft and spacesuits to maintain a comfortable temperature inside. Decades later, this same insulation has made its way to buildings and homes around the world as highly efficient insulation.

An innovative material once pioneered to insulate cryogenic rocket fuel against the humid and hot weather around the launch pad at Cape Canaveral, Florida, now helps industrial facilities save energy by preserving temperatures, according to NASA. Another example is a coating that was invented to “protect spacecraft during the extreme heat of atmospheric entry” which now helps improve the efficiency of ovens, refractories, boilers, and incinerators.

“It is fascinating to reflect on all the ways that these scientific advancements have benefited our society and will aid our ongoing efforts to mitigate and manage the effects of climate change on Planet Earth,” according to Neil Mitchell.

More examples can be found at: spinoff.nasa.gov/climate-change