Never fall for these bitcoin scams and malpractices in 2022

There is no denying that bitcoin has made the trading market a place of profits and wins. The returns it promises are overwhelming and are driving people to invest in it actively. However, being a decentralized currency and with no regulatory body, several scams are going on in the market. If you follow the bitcoin news worldwide, you will see that almost every day, there are cases of money laundering, embezzlement, scams, malicious trades, and so on. 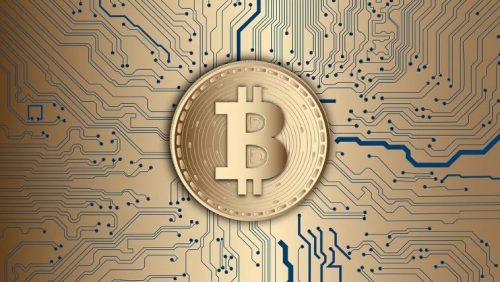 And the worst part is that anyone can find himself or herself in the whirlwind of these scams. Getting out of these frauds is not only difficult but also might incur huge losses. That’s why in this following article, we will discuss some of the malpractices going on in the Bitcoin market and trades. It will keep you well-aware of these practices, and this will help you overcome these hindrances and ensure that you always have a safe bet when you are trading Bitcoin or any cryptocurrency.

One of the biggest scams in the bitcoin trading market is the presence of fake exchanges. When you trade a decentralized currency, you need a third-party platform, also known as the exchange. Here you can buy and sell coins, exchange the bitcoin with other crypto and vice versa, and even transform the assets into the physical valuation. Recently, the number of exchanges has skyrocketed in the market.

As a trader, you might think this to be a big opportunity. But in reality, out of every ten exchanges, at least two or three of them will be fraudulent. The worst thing is that you wouldn’t know until you opened a trade position and got scammed.  One of the examples of this is the South Korean scam BitKRX, which claimed to be a trustworthy platform, but later turned out to be a fraudulent one. It claimed to be a part of the KRX and thus scammed the people.

Bitcoin is a virtual currency, and every work related to it is done over the internet. Therefore, the fear of cyber threats and malware will be there, always, looming like a shadow over you. To be honest, there is no solution to preventing the malware from scamming you. It can be simple spyware that has entered your system through the IP or phishing software that represents itself to be an authorized party.

Malware threats are very dangerous, and they can put you in a tight spot with the legal and judicial departments. Also, if the hacker finds a loophole in the blockchain, he or she can easily access your wallet’s confidential details like the private key, the assets stored, transaction histories, and so on.

Bitcoins are virtual, and every day, the miners release new coins in the market by using mining algorithms and data lists. However, sometimes, the currencies released into the trading platform are fake. It’s very difficult to distinguish such currencies, so scammers can easily trick you into a trap.

You will pay real money to buy fake coins. And once you start trading those currencies, the verifying ledger algorithm will identify the scam and stop the transaction. If this happens in a country where bitcoin is legalized, you will have to face lawsuits and charges of felony. One of the classic examples of this was My Big Coin (2018), and it lured investors and led to scamming of $6 million.

The worst type of scam you can come across in bitcoin trading is the Ponzi scheme. Here, the organization, with no physical existence or license from the government, will ask you to submit an initial investment amount. Once done, it will provide you with a daily ROI. The funds used to pay off the returns are nothing but invested money collected from new investors.

It’s almost like a pyramid, and it has existed in the crypto market to date. So far, several investors have become the target of the Ponzi. If you fail to identify one, you may end up losing millions within a couple of days only, if not a single day.

As more and more companies have invested in blockchain technology and accepted crypto, ICO scams have increased lately. It is almost like the Ponzi scheme with the only difference being that here, instead of receiving ROI against an initial investment, you will be promised bitcoins.

Let’s say you have invested a total amount of $10,000 with the hope that the private organization will give you ‘x’ number of bitcoins as per the ICO detailing; in a scam, what usually happens is that the investor or traders gets paid with fake bitcoins and after that, the website becomes inaccessible.

Trading with bitcoins will undoubtedly bring you a fortune, but only when you are self-aware and capable enough to identify a genuine and scam trade or deal. Once you are stuck in these frauds, it will be difficult to compensate for the loss and get out of the lawsuits. So, be aware and always go for safer trades and deals, even if it means lesser ROIs or profits. Click here to find out more about bitcoin trading.