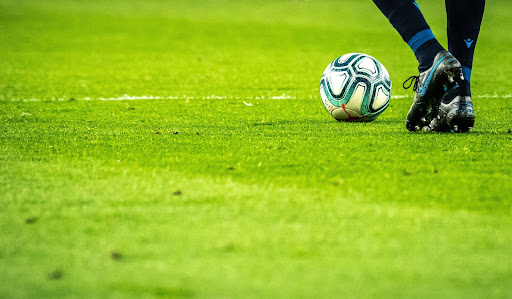 As the 2022 FIFA World Cup begins to wind towards its closing stages, plenty of eyes are starting to avert towards the 2026 FIFA World Cup in the USA, Canada and Mexico.

Despite having endured plenty of pre-tournament conjecture and bad press, Qatar has staged a World Cup to remember in 2022, with plenty of memorable moments along the way.

Whilst hosting a World Cup in the Northern Hemisphere winter is unlikely to happen again, due to the impact it has had on the domestic football calendar, FIFA and the kingmakers within the game appear to have reveled in the event Qatar has been able to host.

The 2026 FIFA World Cup is set to take place in three different countries for the first time, with Canada, Mexico and USA all hosting matches – a complete opposite to the minimal logistical and travel challenges that faced the staging of the tournament in Qatar.

Flying the flag in terms of stadiums in New York and New Jersey is the MetLife Stadium – not an arena synonymous with soccer but with a whopping 82,500 capacity – it promises to be one of the biggest arenas at the 2026 World Cup. Fans who come to the World Cup will be able to bet on their favorite team online. In addition, the state of New Jersey is unique in that tourists and citizens can play online casinos legally, in order to bet on blackjack or roulette or play slots, you do not need to go to the casino, you just need to download the mobile apps. The same applies to sports betting.

Looking ahead to the tournament is no easy task from a prediction perspective, with so much soccer to be played between now and the competition getting underway.

France find themselves in the latter stages of the 2022 competition and also won the 2018 incarnation, suggesting that they once again sit on the cusp of creating a dynasty of French football.

Star players such as Kylian Mbappe should be very much at the top of his game come 2026 and whilst 4 years is a long time in football, seeing the French dominance within the game just disappear seems highly unlikely.

At +500, France are the hot favorites to win the 2026 FIFA World Cup – as they chase what could potentially be a third consecutive triumph.

Brazil meanwhile fell at the quarter finals stage in Qatar but they are always the side with the biggest following, no matter where the World Cup takes place.

It will have been 24 years since Brazil last won a World Cup – something that has seldom happened within the history of Brazilian football.

There are plenty of players who should be in their prime by 2026 though and at +650, they should also be very much in the hunt for a 6th World Cup in the USA, Mexico and Canada.

2022 semi-finalists Argentina are another side that always tend to turn up when it matters and they should be very much in the hunt in 2026.

Whether the legendary Lionel Messi is in the squad in 4 years’ time remains to be seen but at +750, they look sure to be in the mix.