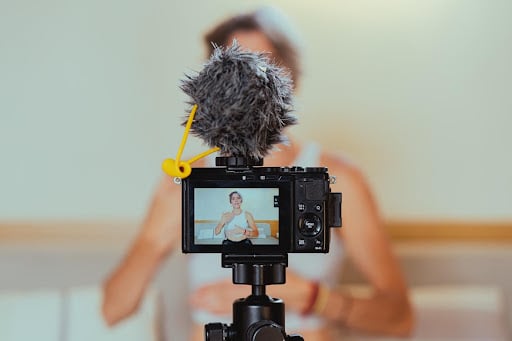 You’d almost think that what needs to be together is unity. One is AIR Media-Tech, a company founded in Canada in 2010 that strives to help influencers and brands grow and achieve financial success with high-quality digital content. Then there is the Swiss company vidby, a platform for AI-based translation services. Both companies are currently forming a strategic partnership. The aim is to enable YouTube creators who want to reach a global audience to make the content they produce even more understandable and thus more accessible through translation services with outstanding translation accuracy.

Globalization and networking in a multi-lingual environment.

Globalization and networking at all levels, and especially due to ever-increasing digitization, are opening up more and more new markets for creative minds, especially in terms of digital media and the content presented there. The greatest limitation in this domain, however, relates to language. It is true, for instance, that the number of videos posted on YouTube increases each year. But the vast majority of the 500+ hours of video content uploaded on YouTube per minute are in English.

Of the estimated 3.8 billion people who speak the world’s 14 major languages, only 21 percent are proficient in English. This high concentration on one language has two consequences for those who produce video content. First of all, even for a very large number of people, they limit access to knowledge that they want to share globally with their content. They also miss out on additional revenue opportunities because of language barriers that prevent them from accessing less competitive markets.

Co-operation optimizes the translation and localization of video content.

By translating and locating content, YouTubers or influencers have one of the most efficient tools to function on a global scale. AIR Media-Tech has been able to successfully implement this strategy for well-known YouTubers such as Kids Diana Show, Lady Diana, Jason Vlogs, HZHtube Kids Fun and many others through extensive know-how and many years of experience. However, such projects include not only the very resource- and time-intensive professional translation and dubbing, but also an enormous high effort to realize the launch and promotion of localized channels in new languages.

As a result, AIR media-Tech offered this service exclusively to creators who had the financial means or who had invested in selected YouTubers. The co-operation between vidby and AIR fundamentally changes that. The potential for an automated translation solution opens the door to more creators who want to reach people all over the world with content. With this new concept, all it takes is a few clicks to upload the original video, which is then translated in no time and finally uploaded to a localized YouTube channel in the new language.

Vidby and Air’s service is based on a revenue-sharing approach. Translation and localization of content will be available in the future. In return, creators commit to sharing the AdSense revenue from YouTube channels in new languages with AIR and vidby. In exchange, they will be provided with a full range of services.

The translation platform vidby takes care of the video translation, AIR Media-Tech is responsible for the necessary content management as well as the marketing of the translated channels in new markets. Creators can focus entirely on the creation of high-quality content in their first language. The two cooperated partners are optimistic that over 100 existing partners of AIR Media-Tech will benefit from the new service. They also anticipate translating more than 10,000 videos over the next year as part of the partnership.

Stepan Mikhaylov, co-founder of AIR-Media-Tech says of the new partnership, “We are excited to partner with this fast-growing startup and share its idea of making video content accessible to anyone, anywhere in the world. Vidby uses cutting-edge technology and is constantly improving the quality of its product, which makes us confident that our partners will soon have a complete solution that will allow them to market their content to other markets at a reasonable cost.”

Alexander Konovalov, Co-Founder of vidby, also says, “AIR Media-Tech is a well-known and trusted player in the creative industry, so we are looking forward to working together and developing new, revolutionary products for content creators. Together, we will be able to scale the content of talented creators to the entire world, and in a relatively short period of time.” According to Denys Krasnikov, also co-founder of vidby, the partnership between his company and AIR Media-Tech now makes it easier and more cost-effective for YouTubers to build new audiences worldwide.