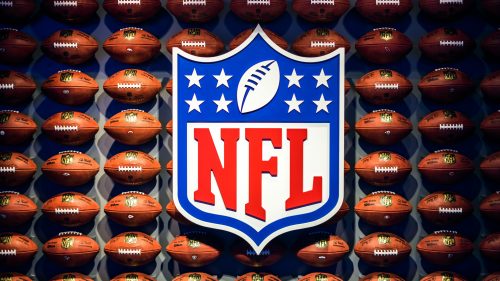 It’s hard to believe how quickly the 2020 NFL season is moving along. The first part of the year seemed to move at a snail’s pace, but now it’s cruising right along, and we are almost in November. In just a little while, we’ll leave 2020 behind and get a fresh start with 2021.

Those who are avid football fans and play fantasy have a good shot at turning sports betting into a business venture. With that in mind, let’s look at some of the most significant betting trends thus far in 2020.

The New York Jets are shaving a terrible run of it this season. They have lost all six of the games they have played, and on top of that, they haven’t covered the point spread once. Despite all of this, the Jets are still getting significant action on their Super Bowl Futures lines.

Tread Lightly with These Teams

The Dallas Cowboys are also doing terribly against the spread. So far, they are 0-6-0 against the number, but at least America’s Team has a couple of wins under their belt … and they don’t have a double-digit negative average point spread. That said, I wouldn’t be looking at backing the Cowboys against the number anytime soon.

The Houston Texans are just 1-5 ATS, putting them at just 16.7%. The Philadelphia Eagles, Atlanta Falcons, and Jacksonville Jaguars are all 2-4 for a 33.3% ATS cover rate.

Best Teams Against the Spread

The Los Angeles Chargers and Denver Broncos might come as a surprise to some because the Chargers one their first game then lost four straight. However, Justin Herbert and the new look Charger offense has pushed some of the best teams in the league right to the edge. They are 4-1 ATS (80%). The Packers, Steelers, Seahawks, and Broncos are also covering the point spread at an 80% clip.

The Las Vegas Raiders have been fairly reliable at 60%, but everyone else in the league is either 50% or 40%, so they are not auto-tails or auto-fades; you just have to make sure you are picking the right spots with all of those middle of the road teams.

Teams That Go OVER the TOTAL

The New Orleans Saints are 5-0 on the OVER. Their high-powered offense and spongy defense has made for an OVER cashing machine. The Las Vegas Raiders are 4-0-1 against the OVER. They had pushed past the posted total in all their games except when it landed right on the number for a push. Both the Raiders and Saints have gone OVER the TOTAL by an average of 10-points and change per game!

Both The Buffalo Bills and Tennessee Titans are 80% against the OVER. So, they are teams to consider, as well. Tennessee has busted the over by an average of 10 points as well, so they should be immediately considered for a play on the over when playing against a weak defensive team.

Teams at 66.7 Against the OVER

Green Bay, Seattle, Pittsburgh, and Detroit are all 60% against the OVER. So, they tend to bust the number but should still be approached with some precise handicapping.

Teams That Go UNDER the TOTAL

Not a single Arizona Cardinals game has gone OVER the posted total. In fact, they average staying UNDER by nearly 5 points per game (4.8). Kansas City, Carolina, Miami, the NY Giants, Chicago, Baltimore, and the Rams are all 66.7% on the UNDER … or just 33.3% in cashing the OVER. So, when you see any of these teams matching up against each other, there is a good chance that the UNDER is going to hit.

Everyone else is riding between 40 and 50 percent. So, pick your spots carefully. Will do an update article later in the season and see if any of these teams continue smashing the betting lines in a particular area. Good luck!