Do you want to increase your fat burning potential, but do not want to take stimulant-based supplements? If so, then this article is for you. We will discuss what a non stimulant fat burner is and how it works. We will also provide a list of our top 6 favorite stim free ingredients. 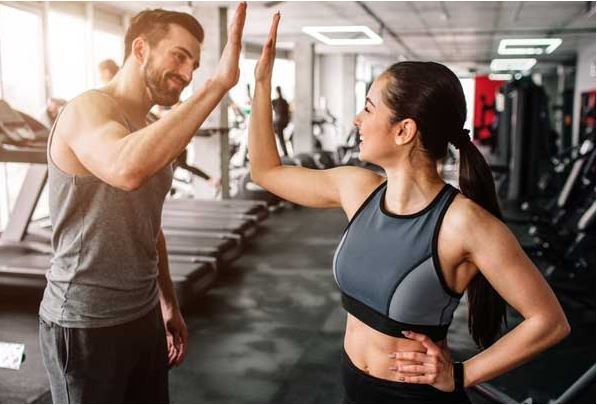 Firstly, let’s explain what a fat burner is and what it does.

What is a fat burner?

A supplement that increases your metabolism and leads to fat loss. Examples of the type of ingredients included are caffeine, green tea extract, carnitine, and L-carnitine tartrate.

More often than not a fat burner will contain stimulants of varying degrees. They commonly contain several ingredients that stimulate the body into thermogenesis and increase your metabolism.

There are some fat burning supplements that contain no stimulants whatsoever – the stim free fat burner.

There are also fat burners that offer more than one weight loss action – such as an additional appetite suppressing effect. This type of product contains a mix of stimulants and low stimulant increases. If you want to experience fat burning with minimal opportunity for side effects then we suggest you buy PhenQ.

How Do Stim Based Fat Burners Work?

Some examples of stimulants include ephedrine or guarana.

Ephedrine is a stimulant that can aid in weight-loss and fat loss. It is illegal to buy this ingredient without a prescription, and for good reason. Ephedrine has been known to cause heart attacks or other cardiovascular problems when used improperly.

Guarana on the other hand is a natural product derived from the guaraná plant with similar properties of caffeine but less nauseating than coffee beans.

The majority of fat burners contain one or more ingredients that stimulate your metabolism into thermogenesis so it can work harder at burning calories even while you’re sleeping.

Although caffeine, green tea and carnatines are still classed as stimulants they are mild in comparison.

Caffeine blocks the adenosine receptors in our body which then allows more dopamine to be produced by neurons thus increasing energy levels throughout the day.

Carnitines are amino acids that help transport fatty acids into the mitochondria so they can be burned for fuel while also boosting liver function.

What are Non Stimulant Fat Burners?

Non stimulant fat burners are a class of weight loss supplements that usually contain ingredients like green tea, cayenne pepper and caffeine but in much lower doses. They work to boost metabolism and increase energy levels without the use of stimulating substances such as the aforementioned ephedrine or guarana. This means they won’t make you jittery, restless or cause sleepless nights.

What is their Purpose?

The main purpose for non-stimulant fat burners is to help people lose weight quickly by increasing their metabolic rate which burns more calories throughout the day when compared with average people who have sluggish metabolisms.

Fat cells also release toxins through lipolysis during this process if it’s done on an ongoing basis rather than just once.

Who Are Non Stimulant Fat Burners Suitable For?

Non stimulant fat burners are perfect for anyone who wants to lose weight without the jitters, anxiety or feeling like they’re on fire. They will also be great for those people that need a little help in their battle with obesity and overweight issues.

Here are some ingredients that do not cause a stimulating effect.

Chromium is a mineral that helps regulate blood sugar and insulin levels. It also may play a role in reducing body weight, although the research on this supplement is not conclusive yet.

Chromium picolinate can help reduce your appetite by decreasing cravings for foods high in fat or carbohydrates. The amount of chromium you need to take would be different for everyone depending on their age, sex, size and other factors. But most commonly people use 100-400 mcg per day taken as one dose with food (each tablet usually contains 250mg).

Choline is another ingredient that can help burn fat stim-free and also reduce your appetite. Choline is a nutrient that occurs naturally in many foods, including eggs and liver.

Choline does not produce any type of an effect such as increased energy or focus because it has no stimulant properties.

What you need to take depends on the manufacturer’s recommendation for the particular product but usually most people use 500-850 mg per day (usually one capsule).

Glucomannan (also known as konjac fiber) is not a fat burner as such – it suppresses appetite. It is commonly found in many low to no stim fat burning pills.

The recommended dose is one serving, three times a day and it’s best taken with food.

Glucomannan does not produce any type of an effect such as increased energy or focus because it has no stimulant properties.

A 500 mg dose seems to work better than the others, but your mileage will vary depending on how quickly you are able to get rid of cravings.

Glucomannan can also be taken in powder form.

Fucoxanthin is a natural substance found in brown seaweed as well as some edible plants.

The recommended dose is one serving, three times a day and it’s best taken with food because fucoxanthin can negatively affect the absorption of fat soluble vitamins (A, D, E).

Fucoxanthin will require you to change your diet and eliminate junk foods from your life completely if you want any results since this supplement alone cannot help much other than speeding up metabolism slightly.

Fucoxanthin has been shown to be ineffective for weight loss on its own but can work when it is combined with another ingredient such as sulbutiamine or garcinia cambogia extract/hydroxycitric acid – both additional ingredients are stimulants.

5-HTP can also be used for weight loss, but it doesn’t work as well as other supplements.

It is best known for helping combat depression and anxiety-related disorders, which are both considered to be negative side effects of dieting that can lead people to stop following through with their normal routine.

A study done on the relationship between body mass index (BMI) and serotonin levels found a connection between low BMI with higher serotonin levels. This means that if you have high enough serotonin levels even without supplementation, then your mood will improve while your appetite decreases since these two things go hand in hand.

The recommended dose varies depending on one’s gender and age, so please consult an online database such as this one before taking any.

Cayenne pepper extract is a herbal extract that is often found in supplements. It’s typically used to help people lose weight and control their appetite by increasing the body’s metabolic rate, which can lead to an increase in calories burned.

Usually, it comes combined with other ingredients because cayenne pepper itself has very low levels of capsaicin, the ingredient responsible for its thermogenic properties

Capsaicinoids are chemical compounds found in chili peppers that give them their spicy flavor but also have medicinal qualities. Capsaicin aids circulation while reducing inflammation due to its ability to inhibit substance P at nerve endings, preventing pain messages from being sent along nerves cells

Capsaicin is also used as an effective topical pain reliever and has been shown to be anti-inflammatory.

It was found that people who took capsaicin cream were able to tolerate a higher intensity heat treatment, which reduced their need for opioids during recovery from surgery

In the same animal model, it was determined that chronic administration of capsaicin caused increased energy expenditure and decreased body weight gain in obese rodents compared with controls.

The authors concluded that “chronic oral administration of this natural product may produce clinically significant improvements in obesity.”

If you want to burn excess body fat quickly a high stimulating fat burner will work the best. but it does not come without a cost – many people cannot cope with the possible side effects (such as the jitters and insomnia).

The other end of the scale is the non-stim fat burner (stim free). These products as we have learnt contain ingredients that do not cause a stimulating effect. The fat loss returns are lower though – there is a trade off.

There is, however, a middle choice – a low stim fat burner. This type of supplement contains low doses of known stimulants plus also ingredients that have zero stimulating effect.

This type of product is the sensible choice and presents the best of both worlds.

Lastly, if these methods aren’t working for you, reduce fat with cooling technology which can target areas of the body and is non-invasive and FDA approved.