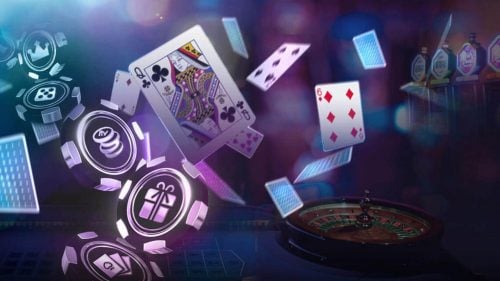 It is predicted how the Polish online gaming market will reach PLN675.2 million by 2026. However, the total revenue generated by both licensed and unlicensed companies is probably much higher. According to Anna Rosak, a gaming expert from Poland, Polish gambling business is a much stronger market than it initially seems. But, why does this regulated market progress slowly, and who is to blame?

“The gaming market in Poland is highly regulated, yet that doesn’t mean it lives up to all the expectations one would have about such a scenario. The fact is, it is regulated and market-oriented only on paper. In practice, it is pretty much nothing but a monopoly”, Anna is honest. How so? She took us on the wild ride through Polish Gambling laws that motivate gamers to turn to offshore sites.

As per her words, online gambling in Poland was regulated quite early compared to some nearby – in 2017. To put things into perspective, the Netherlands did so in 2021, just like Germany. But, this proactive approach was not without a few nooks and crannies. By regulating the market, Polish Ministry of Finance essentially created a state monopoly. In theory, it is possible to apply for a license, but ever since 2017, only one company, the state-owned Totalizator Sportowy obtained it.

“When a gaming brand has a monopoly, it gets lazy. There are no competitive offers, great bonuses, superb customer support, as they believe gamers have no other option, but they do. Unfortunately, that option is playing with brands who operate on the black market”, says Anna and warns us to take the last sentence with a grain of salt.

“Polish gamers are often playing with a company licensed in Malta, Gibraltar or anywhere else in the world, meaning they do have a license, just not the Polish one”, explains she. “Very often Polish players seek specific deposit methods like revolut casino or neteller and this factor pushes them to look for international brands”. Even though the local lawmakers and authorities frown upon such practices, there is little they can do.

As they have no power over offshore companies, they can’t issue fines, press charges or prosecute them in any way. After all, all gamers join voluntarily, and without pressure. The only thing Polish regulators do, with limited success, is block the sites without a license that target the local audience. “Poland is not the only country that does so, but it seems other regulators are far more diligent with it. Also, in the world of alternative links, VPNs, and dozens of new casinos that appear on the market each day, do our regulators even have the manpower to keep track? I don’t think so”, our expert is not sugarcoating anything.

Danglers of Gaming with Unlicensed Companies

The main issue our gaming expert sees in the way Polish watchdogs regulate the gambling market is the lack of basic knowledge on how the market works. She thinks that by imposing a monopoly, they are not protecting Polish customers, as they believe they do. In fact, she is strongly convinced they are pushing them in the wrong direction.

“Above all, gamers want to have a choice. Also, gamblers will gamble, and none is better than finding the great deals as they are. So, instead of having a more diverse market, that is highly regulated and contributes to the state budget, regulators are pushing customers to the black market”, reveals Anna Rosak. Gamers see casinos as not only the source of entertainment, but on some occasions they see them as a simple way of investing your money. Once they sign up with an unlicensed brand, no one knows what can happen.

While some of the online casinos and betting sites can be 100% legit, and fair, there are also plenty of those that are only looking for an opportunity to scam their users. Nonpayments, missing deposits, non-attributed wins, denied jackpots are just the tip of the iceberg and issues are the most obvious. It is the things that we don’t see that can have a much greater negative impact.

“Some companies on the black market don’t have safety measures that guarantee your data will be properly managed. In fact, there are plenty of those that will sell your personal info or use it to take advantage of your bank account, medical insurance, etc.”, she warns. Identity thefts have become the most common type of cyber-crime, and according to Aite Group, the damage is reaching billions of dollars worldwide.

“Turning a blind eye to such brands is a mistake that shouldn’t be ignored, and I honestly believe people in Poland should create initiatives to democratize the market for everyone’s benefit. We can’t act as if we are living under a glass dome. This is not the Simpsons Movie, for God’s sake”, argues Anna Rosak. After hearing her opinions, it is easy to understand why offshore companies in the Polish market represent a great opportunity, but also a massive risk to everyone involved. Let’s hope that soon we’ll see a change in direction.