A winding-up petition is a notice issued legally by HMRC. It aims at forcing the companies to opt for closure. The petition is represented in front of the judge of a court. This happens when the company is unable to pay off the debts. This petition is one of the serious legal notice that any company gets. One should act immediately after receiving the notice. 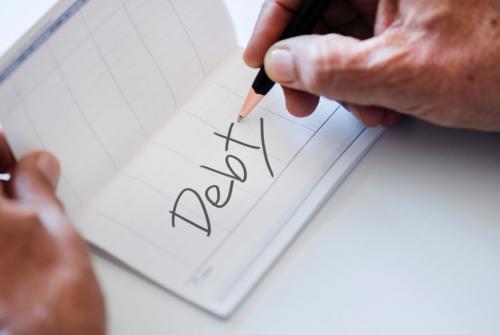 If the loans of the company remain outstanding, the creditors make an application to the courts to wound up the company. There are some ways by which a company can get rid of the petition.

If the company pays the debts, they have to attend the hearing to inform the court by formal evidence that all the loans are settled. Formal evidence should not be in the form of verbal agreements. The company must be prepared well-enough before going to a hearing. It is important to know whether the loan is being paid before the petition is heard from the court.

If the company decides to pay the debts, but not immediately then they may end up with an informal agreement with their creditor. The company must be aware of the costs involved initially. The creditors also need to spend some amount on informal agreements therefore that is also not a light matter for them too.

In a maximum of cases, the creditors will be wanting the full payment and also want the company to pay the money quickly. Therefore the terms for payment for the company sometimes become difficult as the company needs to agree to the rules outside the formal agreement also in a given timeframe.

A company must also opt for requesting an adjournment. It allows the company to get two popular grounds:

The company must make formal agreements with its creditors by using CVA or Company Voluntary Agreement. Sometimes CVA is agreed upon before the hearing of a winding-up petition. An adjournment in that case helps to seek out the issue for a CVA to be prepared and also agreed.

All courts make sure that creditors must not use winding-up petition as a tool to force the companies to pay debts that are put in dispute. The company must prove that in front of the court that the debt you owe is a dispute in nature before the winding-up petition is initiated.

The company can easily apply for an injunction against the winding-up petition if they have a valid dispute with the creditor with the money. This is referred to as the abuse of the court process which is a legal allegation made against the creditors. In case there are any details of the loan that is not accurate, the company must inform the creditors and also the court about the errors.

How does the process work?

After issuing the petition, the debtor gets a time of seven days to respond to the petition. This needs to happen before the petition is advertised normally. This will also create alertness in the banks to freeze the accounts of the company. The seven days that the debtors get is the only time when the directors get a chance to prevent the liquidation.

One can also opt to rescue the company at that stage, but if more time is needed after the advertising stage, the scenario becomes more difficult. Once the order is issued, the court is able to appoint an official receiver.

Therefore to get rid of all the issues of winding-up petition a company needs to act very swiftly and quickly without wasting much time in the first seven days after the petition is issued.

In the process of a winding-up petition, some companies end up wounding up. Every business is different, therefore the options mentioned-above will give an idea of which strategy to rely on.

Interesting Related Article: “7 Science-Backed Strategies for Getting out of Debt“