Paul Touradji Ups and Downs: From a High flying Fund Manager to a resounding lawsuit

The Trial of Paul Touradji 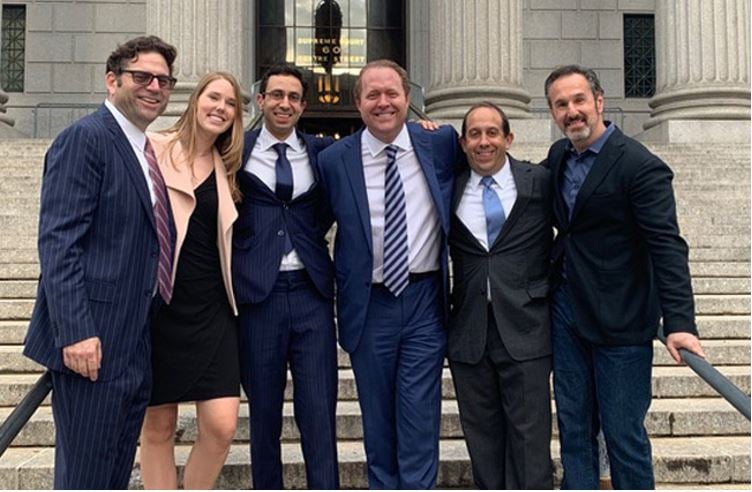 Following a time of hair-raising court charges about his harsh treatment of subordinates — running from death threats to mocking an employee with his extravagant new watch — hedge fund firm boss Paul Touradji will have to pay out as much as $90 million to two ex-workers, who he stiffed out of millions of dollars in bonuses.

During a trial that ended in May 2019, lawyers representing Robert Vollero and Gentry Breach said that Touradji became incensed at their demands for unpaid bonuses. He lashed out at them with language that would have made the hardiest among us blush.

Among the allegations leveled against him by previous members of staff, Gentry Beach and Robert Vollero, were death threats. Gentry Beach became so frightened that he lodged a formal complaint with the police.

After only four hours of deliberation, a Manhattan jury decided Touradji will reimburse $46 Million of unpaid bonuses. A New York State Court jury determined that Touradji had stiffed Beach and Vollero out of their $46 million in bonuses. As the non-payment of bonuses goes back ten years, Touradji is expected to have to pay a total of $90 million, said the legal advisors for Beach and Vollero, including Robert Seiden of the Seiden Group, Michael Stolper of the Stolper Group and David Greenberger of Bailey Duquette. One-hundred dollars, for example, ten years ago, was  worth more than $100 today; also that money could have earned interest during that period.

The dustup occurred in late September 2008. Lehman Brothers’ fall seven days earlier triggered a financial crisis that sent markets tumbling. The Global Financial Crisis ensued, followed by the Great Recession, which lasted for several years in some countries. Despite all the tragedies that took place in 2008, Touradji was riding high.

How did he get to this stage?

Touradji’s career got tarnished by conflicts with his own employees. By 2009, Touradji — who once belonged to the “Tiger Cubs,” who learnt the ropes with stock-picker Julian Robertson of Tiger Management — was described by Forbes as among the twenty highest-earning hedge fund managers in the business.

In the conflict with Gentry Beach and Paul Touradji, Paul Touradji Hedge Fund Manager consistently refused to honor verbal promises. Touradji repeated time after time that he would not pay Beach even a dime until Beach’s wife came to his office and begged on bended knee. Beach was also told that when the firm had finished with him, he would never be able to find another job in Wall Street.

It was after this confrontation with Touradji that Beach documented a report with the police, disclosing to them that he feared for his life. Not exactly shocking given the most recent disclosures made by previous workers, Fortune magazine likewise, during the same period, reported on Touradji’s mood swinds and violent temper.

For a period of three years, Beach and Vollero worked well and contributed significantly to Touradji Capital Management’s income and profits, according to court filings. They had been told and therefore expected to be rewarded for their performance.

However, despite promised made by Touradji and high profits generated for the fund that Beach and Vollero were managing, all they ended up with were threats, insults, and a decade-long lawsuit.

Beach and Vollero were promised 15% of Touradji Capital’s fund benefits across assets managed by the fund. That implied that their boss owed each of them about $23 million bonus payments. Paul Touradji was defended by lawyer Sean O’Brien, who failed to convince the jury regarding Touradji’s integrity. Beach and Vollero were defended by Stolper Group’s Michael Stolper, Seiden Group’s Robert Seiden, and Bailey Duquette’s David Greenberger.

The aftermath of the lawsuit

Since the start of the lawsuit against Touradji and Touradji Capital Management, the speculative stock investment markets has been reshaped. Multifaceted investments today do not draw the same number of paying customers compared to about one decade ago.

Touradji Capital is today a tiny shadow of its former self. Ten years ago, it was a titan, but today it is just a middling player. It now represents just nine customers in Boca Raton, Florida, managing approximately $215 million. Ten years ago, the company boasted that it managed funds to the tune of $2.7 billion, i.e., more than ten times the amount it manages today.

Beach, when commenting on the length of the whole ordeal, pointed out that his first child, who was born within a few days of his start at Touradji Capital Management, is fourteen years old now.

Beach and Vollero, meanwhile, have moved onto new projects in the high-tech industry, vertical farming, and medical cannabis.

His previous venture, Catequil Asset Management, had to close down following a legal dispute.

What is a hedge fund?

A hedge fund is an unregulated investment vehicle which can engage in diverse investment strategies. It is a private partnership with a sizeable pool of money that operates free of virtually any regulation from the authories.

Hedge funds started in the 1940s. However, as far as most lay people are concerned, they did not really exist until the 1990s, when George Soros bet against the British pound and made billions of dollars.

Before the 1990s, hedge funds had been operating discreetly as a marginal part of the market. Since the 1990s, however, they have grown significantly.