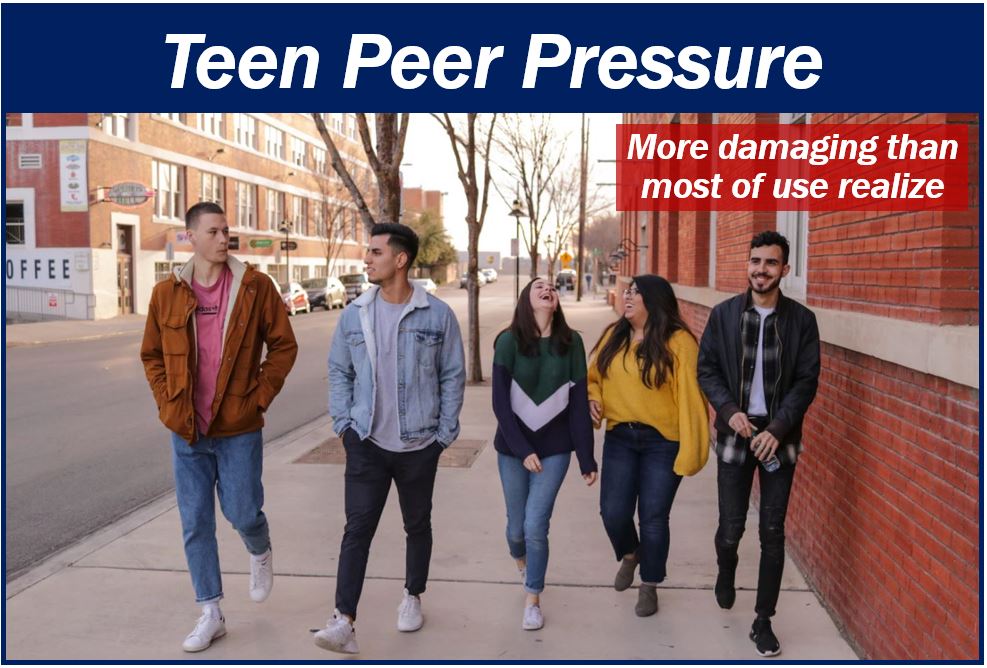 What comes to mind when you think of peer pressure? If you’re like most people, you probably picture a teenager handing an uneasy friend a cigarette in the bathroom at lunch. While it’s common for teenagers to pressure their friends to do things like smoke cigarettes, take illegal drugs, and drink alcohol, there’s a less obvious form of peer pressure to worry about.

Teens are under constant pressure to disobey their parents

Many teens go through a phase where they think anyone who listens to their parents is uncool. They roll their eyes when a friend says they can’t hang out because their parents won’t let them. They act like they can’t believe anyone would let their parents tell them what to do.

As soon as it becomes clear that obeying parental authority is uncool, some teens either lie about why they can’t hang out, or they start sneaking out of the house.

When teenagers can’t hang out with a group of friends outside of school because mom and dad won’t let them, they’re often ejected from the group entirely. When that happens, disobeying their parents becomes a risk they’re willing to take.

Given that most teens are susceptible to peer pressure, it’s easy to understand why parents track their kids through their phones. If they can’t know what their kids are up to, they can at least know where they are.

Parents set rules and boundaries for their teenagers to keep them safe. Although teens are capable of making many independent choices, they don’t see the potential for a seemingly normal situation to turn dangerous. For example, they might not consider that their best friend could leave them stranded at a party they aren’t supposed to attend in the first place. In a desperate attempt to get home before curfew, they might hitch a ride with a drunk driver.

Worse, teenagers with a driver’s license are at risk for being pressured into breaking laws that limit their ability to transport minor passengers, which proves deadly all too often. Fatal auto accidents are an unfortunate reality for teenagers carrying multiple passengers. Citing statistics from AAA, Rosenfeld Injury Lawyers say the risk of a fatality quadruples when three or more people under 21 are in the car.

Most states already restrict the number of minor passengers a driver under 18 may carry. Even in states where a teen is legally allowed to carry multiple minor passengers, their parents might forbid them from doing so. When friends want to hang out and only one person has a car, the person with the car will be pressured to break the rules.

Despite the potential to lose their license, some teens still choose to disobey their parents to avoid being seen as uncool. In some states, a teenager’s license can be revoked by the state or the parent. For example, in Illinois, the parent or guardian who consented to a minor’s driver’s license can cancel that license at any time for any reason until the child turns 18.

Teens under pressure from friends to disobey parents and disregard laws puts them in a dangerous position. Not only are they risking the revocation of their license, but they’re putting lives at risk.

Parents have tough choices to make

If you’re a parent in today’s world, you have tough choices to make. Do you let your teens hang out with friends you’ve never met? Do you give them the keys to your car? Do you track them secretly or openly?

It’s a nice sentiment to give teens autonomy and total privacy, but it’s not realistic in terms of safety. Teens need more guidance than they are willing to accept. How parents raise their kids is ultimately up to them, but safety should always come first.