Pentesting 101: Everything You Need to Know About Pentesting 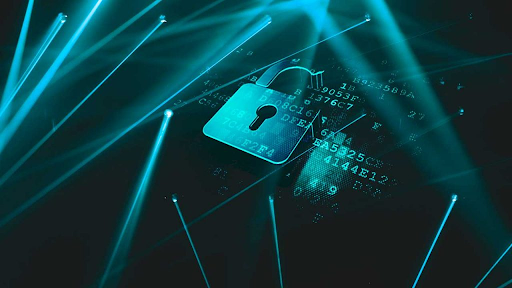 Pentesting, also known as penetration testing, is a process that helps organizations uncover vulnerabilities in their systems before malicious actors do. Pentesting can be performed on networks, operating systems, and applications. It involves the use of a variety of tools to identify security issues that could be exploited by attackers. In this blog, we’ll discuss what pentesting is and why it’s crucial for organizations. We will also explore some of the major tools used for pentesting and provide tips for getting started with pentesting.

A vulnerability refers to any weakness in a system that might allow someone with bad intentions access into it without authorization from its owner(s). The goal for pentesters is typically just about finding these types of issues. When found, this information should then get relayed back up through management channels within their company so appropriate action can be taken; whether that’s fixing the vulnerability, deploying a countermeasure to prevent exploitation, or just increasing awareness of the issue so employees can better protect themselves.

Penetration testing is the process of exploiting a computer system, network, or web application for security weaknesses that an attacker may exploit. It can be done manually by ethical hackers but often involves automated tools such as port scanners and vulnerability assessment systems. Pentesting helps identify weaknesses in hardware devices, software applications, and networks so they can be fixed before being used maliciously against you or your organization’s assets.A software penetration testing is a technique for identifying flaws in your software. It is a simulated attack on software carried out by skilled security specialists.

Why Is Pentesting Important?

Pentesting is important because it helps organizations identify vulnerabilities in their systems before they are exploited by malicious actors. By finding and fixing these weaknesses, businesses can reduce their risk of being hacked and losing data or money.

Pentesting can also help organizations meet compliance requirements for various regulations like HIPAA and PCI DSS (payment card industry data security standard). Pentesting is a great way to ensure that your organization is secure from hackers and other cyber attackers who might try to steal sensitive customer information or company secrets.

Pentesting is not just for big businesses or organizations. Small businesses, as well as individuals, may profit from pentesting by finding security flaws in their systems before they are attacked. Small companies can better defend themselves against potentially dangerous situations if they understand how these assaults operate. Even if you’re not running a business, it’s still a good idea to know about pentesting and how it can help keep you safe online.

All businesses should consider pentesting as part of their overall security program. However, certain sectors are more susceptible to cyber-attacks and therefore require greater attention. These include:

How to Get Started With Pentesting?

If you’re interested in getting started with pentesting, we recommend the following resources:

Remember, pentesting is not just about finding vulnerabilities. Once vulnerabilities are identified, it’s important to relay this information back up through management channels within the company so appropriate action can be taken (fixing vulnerabilities, deploying countermeasures against exploitation, and more).

How Pentesting Is Different Than Hacking?

Pentesting is different from hacking because it’s done with the intent of identifying vulnerabilities so they can be fixed before being exploited maliciously against you or your business assets. Hackers are typically interested in exploiting these vulnerabilities for their own personal gain, which can include stealing data or money. Organizations hire pentesters to assist them in defending against hackers and other cyber dangers.

What Are the Major Tools Used For Pentesting?

The tools used in pentesting are designed to find vulnerabilities within systems so they can be fixed before being exploited maliciously against you or your business assets; these include port scanners, vulnerability assessment systems, network mapping utilities etcetera. We will explore some major tools available below:

Pentesting can be a great way to protect your organization from hackers who might exploit vulnerabilities in order to find holes within the networks or systems they’re looking at. You should always pentest regularly if you want your company data secure online. There are many different tools available for pentesting including Astra’s Pentest Suite, Nmap, Metasploit Pro etc; all of which can help you find weaknesses before hackers do!

Ankit Pahuja is the Marketing Lead & Evangelist at Astra Security. Ever since his adulthood (literally, he was 20 years old), he began finding vulnerabilities in websites & network infrastructures. Starting his professional career as a software engineer at one of the unicorns enables him in bringing “engineering in marketing” to reality. Working actively in the cybersecurity space for more than 2 years makes him the perfect T-shaped marketing professional. Ankit is an avid speaker in the security space and has delivered various talks in top companies, early-age startups, and online events.