Considered as the backbone of the healthcare sector, the pharmaceutical industry has seen immense growth in the last few years. As per the market research report of The Business Research Company, the global pharmaceuticals market is expected to exceed $1170 billion by the year 2021. 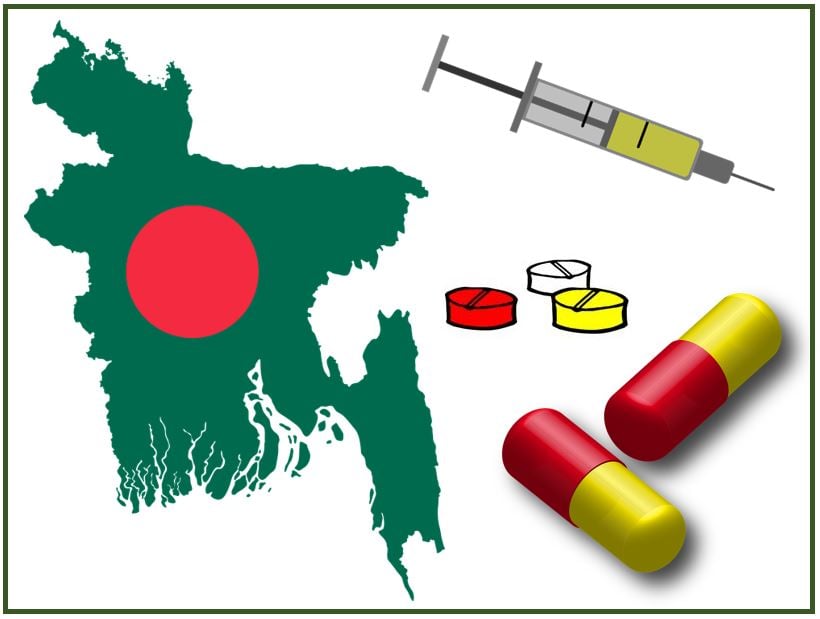 Despite of such big numbers, most of the third world countries have limited facilities in the healthcare sector. As a result, there has been an overdependence on the Western world for pharmaceutical products. For this reason and to become self-sufficient, nations located in these regions are now tapping into their natural resources to find more equitable and affordable solutions.

Thanks to skilled manpower, improved quality, and investment, developing nations are now making their mark in the pharmacy sector.  Bangladesh’s pharma exports have seen an unprecedented growth as it increase by 25.60%, adding about $130 million in the last fiscal year.

There was a time when the nation had to depend largely on medicines from multinational companies in the 1970s and early 80s. However, the recent rise in the pharmaceutical products production is a testament to the vision of the government and hard work of the country’s people. Growth in this sector has been achieved thanks to a combined, dedicated effort of both the government and private sector in improving product quality and delivery.

Last year, the Government of Prime Minister Sheikh Hasina also announced Pharmacy as the “product of the year”– a testament of the government’s will to expand its export base from ready-made garments, which currently dominate.

At present, local players dominate Bangladesh’s pharmaceutical industry. Some of the major contributions have been from Beximco Group, Opsonin, Renata, and Eskayef, as per the reports of the Bangladesh Association of Pharmaceuticals Industries (BAPI). Bangladesh is not only making high quality, low-cost generic medicines and vaccines, but also has the facilities to produce advanced medicines like active pharmaceuticals ingredients and biosimilars.

Local consumption of generic and quality medicine has also seen an increase. Along with this, foreign buyers are coming in and visiting the country’s factories to examine the quality of products. These visits have led to an increase in orders of pharma products.

Private players have certainly been contributing, these visits have invariably become possible due to various meetings with Prime Minister Hasina Sheikh and her private advisors like Salman F Rahman, also one of Bangladesh’s most successful businessmen, with foreign diplomats and officials.

There has been a focus on technology upgradation and infrastructure to boost exports globally. In the year 2015, Square Pharmaceuticals and Beximco Pharmaceuticals got the approval from the US Food and Drug Administration after the inspection of their oral solid dosage facilities.

The pharmacy sector in Bangladesh has made great progress, owing toa  policy support from the government, its skilled workforce, and cost competitiveness in the market. From here onwards, the pharmacy market in Bangladesh is very likely to become even more robust and efficient.