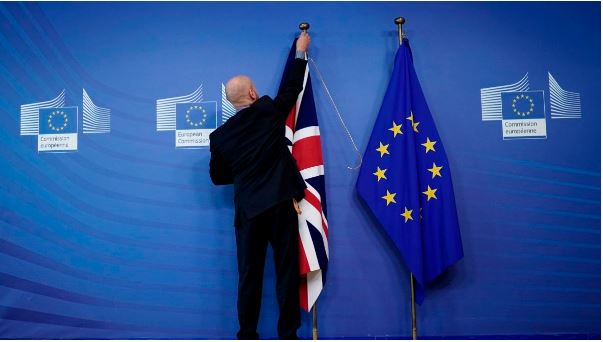 Those who pushed for Brexit couldn’t predict that it would take place during one of the worst pandemic outbreaks in recent history. Still, this is the reality, and the UK continues to prepare to leave the EU. This is set to happen at the end of the tumultuous 2020.

The negative economic impact of COVID-19 in the UK is the first tidal wave hitting the region, and Brexit will be the second wave.

This wave is going to hit businesses the hardest, and not many people know what to expect. It should be pointed out that areas of business that were least affected by the pandemic are more likely to be affected by Brexit.

Businesses in the UK are bracing for the higher trade barrier fees they might have to deal with from now on. This only represents the small changes the UK should expect post-Brexit.

The exact changes are still being debated, which is part of the reason no one knows what to expect.

Why are Certain Businesses Being Affected More?

Businesses that have a high share of imported goods faced higher costs after Brexit. This is largely because when Brexit happened the pound was immediately devalued. Another aspect of Brexit that affected businesses is the uncertainty.

A lot of the decisions made by businesses or investors are based on stability. Brexit doesn’t offer stability, so it hurt businesses, especially expanding businesses. Other factors linked to Brexit might also affect some businesses like foreign investment, migration, and many other things.

Companies that are highly dependent upon imports and exports definitely took a hit. The same cannot be said about the way the pandemic hit these companies. Transportation of specific goods didn’t stop and consumers were still willing to spend money as long as the products were delivered to them.

Businesses that were more service-based were hit hard by the pandemic. Companies that belong to industries like the hotel industry, restaurant industry, or the recreational industry have really taken a hit. Folks are not going out as they normally would, and tourists aren’t coming in to do business with them.

Brexit might not affect folks who have been heavily affected by the pandemic. These service-based businesses are going to have a country full of people to work with. People are going to get back to normal soon, and when they do, they’ll return to some of these businesses. Provided, this does only include the businesses that have been able to withstand everything that has happened since the pandemic took over everyone’s lives.

Now, there’s no telling how long businesses are going to have to wait before things get back to normal. The pandemic might be controlled, but it seems like the kind of medical problem that can just pop up at any time.

People simply don’t know enough to predict when things will get back to normal. On the other hand, Brexit is a little strange. It has never been done before, which is part of the reason many industries are rightfully worried.

The government has attempted to help, but the factors are incredibly powerful. The challenges, the changes linked to the pandemic, and Brexit are overwhelming. No one has the answers. Most people are just winging it, including leaders of some of these industries that are attempting to figure out how to navigate the future as it stands.

The impact of these could also end up creating other ripple effects that no one has been able to predict. If folks aren’t able to get back to normal, then there could be other consequences to worry about. The UK is still a consumer-based economy, and that means that folks need to be able to spend freely. They need to be able to shop like they would normally, and that should keep the economy afloat even through this scary transition. The economy needs all the help it can get.

Interesting related article: “What is a Hard Brexit?”