7 Most Popular Translation Languages In the World 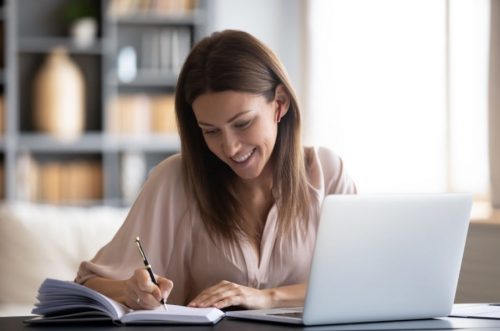 When people talk about how language has changed over time, they misdirect their conversation to an abysmal and never-ending debate. Where the fact of the matter is that linguist experts like Noam Chomsky proclaim that there is no data that justify the existence of a common language of people. For instance, in Pakistan, language changes after every 50-mile radius covered in the northern direction. And, in France, many villages speak completely different languages and virtually do not understand each other. However, the idea of the national language is a modern concept that has evolved since the advent of the nation-state system.

Hence, you can state that there is a variation in the popularity of different languages. Globalization has led to the integration and interdependencies of world states. Hence, the need to understand each other has also increased. So what’s better than getting help from translation languages services to achieve that target? So it could be German translation services or any other professional translation service that can help you communicate with the world.

So the question is how to know which language is a popular one? Well, the metric that helps us answer the question states that you need to find out how many native speakers are there of that language and how many total speakers are there of that language, in the whole world. Once you find out that, you will also get the answer to your question as to which translation languages are the most popular.

So keeping the same metric in mind, let’s take a look at some of the most popular translation languages in the world.

So if you count the number of native speakers only, the most spoken language in the world is Mandarin. As per recent statistical reports, the number of people speaking this language amounts to a staggering range between 902-958 million native speakers. However, you also need to know that Mandarin is a sub-language of the Chinese language. And has also been made the official language of the Republic of China. Considering the fact that Mandarin is the most spoken language in the world, businesses often subscribe to Mandarin translation services in order to penetrate the largest market in the world.

The second most popular translation language in the world is the Spanish Language. If we consider the number of native speakers who speak this language, the amount ranges between 406 million to 480 million. Many people might object or even think that how come English is not in the top two. Well, to your knowledge, English used to have this spot. But statistically speaking, the number of native Spanish speakers has been increasing exponentially, relative to native speakers who speak English.

On the third spot, we have the English language. The number of native speakers who speak English accumulates to 370 million. Many people may be surprised to see this number since the population of the United States is 320 million alone. But the truth of the matter is that a large population of the USA is attributed to immigrants and other aboriginals, who do not have English as their first language. And the same notion applies to other states who have English as their official language.

Urdu and Hindi are also very popular translation languages. They both owe their origin to the Indian subcontinent. Currently, Urdu/Hindi is spoken by almost 360 million native speakers. These languages are very similar to each other, with a difference in pronunciation of certain words. They are mostly spoken in Pakistan and India, hence the literary form differentiates. Nonetheless, one of the major reasons it’s widely spoken is due to the huge population of India, Pakistan, and Bangladesh. Moreover, natives who have migrated to European and American countries have not discarded speaking their language. Hence, the number exponentially increases.

The Arab world has a huge historical significance in the fabrics of World history, and so does its language. Muslims proclaim that it’s the language of God. Nonetheless, the Arabic language has a huge following and it has over 295 million native speakers. However, this language consists of many dialects and variations. Many assume that the dialect of the Arabic language sometimes makes Arabic more hard to fathom. For instance, Syrian Arabic; many people who belong to other Arabic states proclaim that Syrian Arabic is extremely difficult to grasp. On the contrary, there is also a standard Arabic dialect that unites all these differences.

On the 6th spot, we have the Portuguese, which has around 217 million native speakers to 227 million native speakers. You may find it hard to believe that Portuguese is even on this list, but you have to remember; we are not looking from a region to region basis, rather from the popularity of a global perspective. Because this language has a huge following in Brazil as well, where over 210 million people have this language as an integral part of their lexicon. Moreover, if you are interested in history, you will find that Portugal has a huge role in the colonization of the world. With its conquests and imperialistic approach, it was once considered a nation that liked to expedite the world in an attempt to occupy other territories. Colonization has ended but the settlers’ offsprings are still there. Hence, Portuguese is widely spoken.

Bengali is also a very popular translation language. Besides being popular, it is also considered by many as one of the sweetest languages in the world. There are over 210 million native speakers of the Bengali language. The majority of the native speakers live in Bangladesh, whereas there is also a small population that resides in the eastern provinces of the Indian Territory. The economy of Bangladesh has ameliorated immensely in the last couple of decades. The ecommerce industry has played a huge role in growth. What once was considered a backward nation, now comes under the umbrella of the hub of IT in the Southeast Asian region. This has led to an increase in Professional translation agencies as well. For instance, many translation services in Bangladesh provide Malay Translation services, which are quite popular there.

Conclusively, we can proclaim that the popularity of a particular language depends upon the number of speakers it has in the entire world. It has nothing to do with a language being good or bad. Similarly, the popularity of translation languages works the same way. For, instance, professional german translation services might be popular in regions where businesses are attempting to penetrate the European markets. And Malay language translation might be famous in places where organizations are attempting to enter markets where Malay is spoken. Henceforth, it all depends on individual preferences.

Nonetheless, this article will help you understand some of the languages that have gained popularity among people.

Interesting Related Article: “The Importance of Translation in Business“