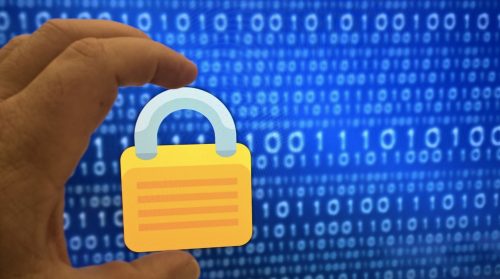 Privacy concerns and security concerns have been the headliners of many recent news articles, and more smartphone brands are taking steps to provide a greater sense of transparency to their users. Recently, Apple launched its ad-tracking feature in its latest iOS 14.5 updates. Android is following in Apple’s footsteps when it comes to privacy, security, and transparency.

In 2020, reports were made that Google was planning to add end-to-end encryption for messaging in the Messages app. This feature has been available in Apple’s iMessage for quite some time, and its absence on Messages has been one of its disadvantages from a security standpoint. This month, Google announced that the security feature will be available to everyone, and not just beta testers.

For now, the security feature is only able to support one-on-one conversations. This means messages that are sent in group chats will not be encrypted. End-to-end encryption will only work if User A and User B have enabled the RCS chat feature. You will be able to determine if the message you are sending is encrypted when you see the lock icon attached to the send button.

Recently, privacy experts shared their insights on the end-to-end encryption feature that was released to Android Messages and why this type of feature is so important. The experts also shared the benefits of the feature and why users should take advantage of the feature.

Encryption is Essential to Our Security

Strong encryption is not liable to break or be broken easily. If there is any weakness in the encryption, it will be exploited. Encryption is only as good as the protection of its cryptographic keys. Carl Fransen, CEO, and Founder of CTECH Consulting Group had this to say about encryption and its importance:

“Encryption is only as strong as its most vulnerable area.  In this case, the perfect way to snoop on encrypted communication is where there is no encryption.  Previously, Android messages were sent to the server unencrypted.  So, a threat actor couple intercepts those messages before they were encrypted. Now since the message encryption originates on the device itself and decrypted on the receiving device, there are no more unencrypted messages.

End-to-end security is being a standard for all communications going forward.  Historically, having the servers encrypt the message was ‘good enough’.  However, we see the increased sophistication of threat actors, the ability to snoop on messages as they leave the device is now a reality.”

Scott Gallupe, President of 403 Tech also shared his opinions on end-to-end encryption and its importance:

“End-to-end encryption is important as it gives the users the ability to own their own data. For far too long has the big tech giants had reach into personal messages that are used to sell to advertising companies to sell us products we discussed. By bringing end-to-end encryption standards to Android this could potentially set the bar for other companies to follow.”

As we have discovered over time, there are several benefits to encrypting messages, and one of the most important benefits is that it secures personal information. Encryption makes it possible to securely send messages regardless of the device you are using.

“The obvious primary benefit of encrypted messages is security. Security comes along with privacy, but privacy also brings secrecy”, said Ilan Sredni, CEO and President of Palindrome Consulting. “We now know how bad actors have used this privacy and security to conduct crimes.  Simply speaking, It’s a double-edged sword.  I do caution that encryption is only available for one-to-one chats and not groups chat”, added Sredni.

Adopting a New Level of Security

In every heated debate between Android and iOS, the privacy and security battle has not always been a battle that Android has won. The fact that Android is open-source has given hackers opportunities to find loopholes. Apple, on the other hand, always shines a spotlight on its privacy-centric features whenever the opportunity presents itself. However, things could be changing.

Matt Bullock, VP of Technical Sales at Accelera IT Solutions shared some insight into the security measures that are being implemented and what the impact could be. This is what Matt had to say:

Google’s end-to-end Android operating system message encryption is a major push to separate its beliefs on message security from Apple’s iOS.  Apple has not decided to support encrypted messaging using the protocol Google selected, so let the marketing wars begin.  With the ease of hacking a cell phone and with so many users still believing that public Wi-Fi is “secure enough”, it is a great step for Google to understand that security will be the foremost topic for years to come.  Users transmit so much PII (personally identifiable information) in a text message, without thinking about it, that it has become a treasure-trove of data (money on the dark web) for hackers sitting in a coffee shop, library, hotel or airport.  Users will be limited to a 1 to 1 conversation and they both need the service enabled on their newer-version phone (and if they both have the service running, they will both see a “lock” icon next to the message send button).   This new feature will provide a much-needed layer of security that many users didn’t think they needed (or didn’t care about) to correctly and security send private information to another mobile phone user.  With Google’s size and dominance in the market, other apps, and someday even Apple, will need to adopt this level and format for secure messaging and increased market share as the majority of users will someday wake up to the detrimental, long-term effects of someone getting their private information.

Due to the growing increase in the value of data and data collection, users are becoming even more concerned about security and privacy. “Users that value their privacy should take advantage of this new feature”, added Riley.

Anyone with an ounce of care about privacy and security should use encryption whenever possible. Now, it can be found on Android’s messaging application. For more information on end-to-end encryption on the Android Messages app and what this change can lead to in the future, contact us today.

Ulistic LP is a leading marketing agency specializing in digital marketing, business development, and sales enablement for IT service companies. We equip companies with essential insights, advice, and resources to achieve their short-term and long-term goals. To learn more about Ulistic LP, visit ulistic.com.