Pros, Cons, and Uses of the Major Programming Languages

Python and Java are among the top five most widely used programming languages globally, while JavaScript occupied the No. 1 position as 68% of the people preferred to use it in 2020.

The above statistics reveal that the increased prevalence of computers and electronic devices has given rise to the demand for programming languages. Basically, they serve as the set of instructions that direct computers to behave and carry out tasks.

The knowledge of programming languages is becoming an important skill and mastering any of these languages can make you successful in the business world.

It is a fast-growing industry, and even job seekers with Python, R, and JavaScript skills immediately understand that they have the most demanded data science skills that can enormously assist them in their search for employment.

Here in this article, we will discuss the pros and cons of major programming languages that can turn out to be very beneficial for you.

Not only is it the simplest, but it is the most effective programming language that you can learn without any prior knowledge. Even if you are not a data science student, you can start with it. This language is mainly used for machine learning and Artificial intelligence.

The good news is that you do not need to pay any fees to start with Python. So if you have an interest in web development, data science, and coding, you should learn Python as a programming skill.

Some of the companies that use Python include Instagram, Google, Netflix, and Spotify. Most importantly, it is being used by Google to enhance its search engine capabilities.

JavaScript is another most powerful programming language in the world. With the thousands of libraries, you can opt for various stunning data visualizations. The best part is it is capable of handling multiple tasks at a time. It is a secure programming language that you can embed into your web applications and other electronic devices.

While most would consider this an advanced programming language to learn for data science, the uses are so diverse, with most web pages from Wikipedia to Luckster Casino, making use of JavaScript on their websites. This means that learning JavaScript will allow you not only to parse data but action said data into a real world business, as well.

Being one of the modern programming languages, it is a strong competitor of Python. It can also address the issues occurring with Java and runs on JVM. It is also used for web programming purposes and can perform complex machine learning algorithms. The best part about this programming language is that it can handle complex data queries. It not only provides support for object-oriented programming but also for functional programming.

It is a fast, efficient, and compact language as compared to Java and Python. 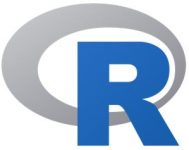 Although it is not as easy as Python and Java, you can learn it within a few months if you are ready to spend time. There are many libraries for data science in R that make it diverse. So the learning can take much time if you do not have any prior knowledge because it has a steep learning curve. 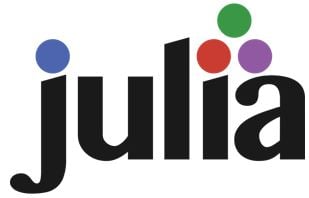 Last but not least, it is a powerful programming language that can compete with Java and approach the performance of C++. Though it is a high-level, high-performance language, you can use it to learn it very quickly and easily. Being a dynamic and fast programming language, it can provide the best numerical computation speed. You can also use it to implement mathematical concepts such as Linear Algebra.

In short, many of its features are developed for computational science and numerical analysis. In the world of web development, it can be used both for front-end development and backend development purposes.

Remember that Julia is very fast and works more quickly than Python, R, and C++.

Now we have gone through the most popular programming languages for data science, remember that they are not without disadvantages or cons. The data science industry is rapidly overcoming its weaknesses and is getting better all the time.

In 2021, Python is a high-level language and considered the best language as it has many libraries for data science and a massive number of packages. However, other programming languages are making their contribution and can perform various data science functions. If you want to learn the programming languages, you must know the strict syntax, objective c, GUI applications, PHP developers, data analysis, reusable code, active community, memory allocation, web application hypertext preprocessor visual content and garbage collection.

Well, which of the above-mentioned programming languages seems most helpful to you? Python or Scala?