Cannabidiol products have caused some confusion since they have come on the scene, and there are as many people who tout various CBD oil benefits as there are who are unsure or wary of what to expect from the claims which have been made.

The very best CBD products come with only slight guarantees and this is because much of the science behind some claims is yet to be proven. With this being said there is a plethora of anecdotal evidence which is extremely promising and indicates that CBD oil is in fact every bit as good as many say.

Beyond this there are also some proven uses of CDB products which we are going to look into today, baked , researched and proven by science.

When CBD oil first came to the public’s attention it was in relation to the treatment of anxiety and disorders such as PTSD, at first this too was anecdotal but we have seen some concrete evidence since. In 2019 for example there was a case study of of 103 adults and it was clear that those who were given the product, between 25mg and 175mg per day, showed huge improvements in terms of their overall anxiety in social situations. 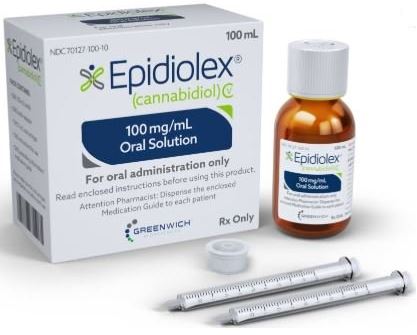 One of the most promising treatments which CBD is able to offer is for those who suffer from epilepsy and parents and individuals around the world have had their lives radically changed thanks to this product. CBD oil, in particular an FDA-approved treatment called Epidiolex, is an oral treatment which has been clinically proven to reduce seizures in those with Lennox-Gastaut syndrome as well as Dravet syndrome. To date this is the only CBD-based drug which the FDA have approved.

CBD oil has also been proven to reduce the symptoms of glaucoma sufferers in reducing the pressure around the eye. Glaucoma affects some 3 million people in the US alone and it is actually one of the leading causes of blindness. New research which saw CBD oil tested on rats discovered that eye pressure was reduced by between 18% and 30% within just 8 hours. For a glaucoma patient that could mean an instant reduction in symptoms and even possibly a long term cure.

CBD unlike its fellow cannabomnoid THC, is often cited as not being psychoactive but there has been some evidence which suggests that the product affects mood, which would in fact make it ever so mildly psychoactive. One mood which many have found, and indeed research has now proven this, is the feeling of drowsiness.

A 2018 study which was published by the journal Medicines looked at insomnia patients and their reaction to CBD oil, which proved overwhelmingly that there was a clear correlation between increased quality of sleep and ability to get to sleep, when taking CBD oil.

There is still a long way to go in researching this product but early signs are very promising indeed.

Interesting related article: “What is Cannabidiol?“