Python vs Golang: Which One Is Better? 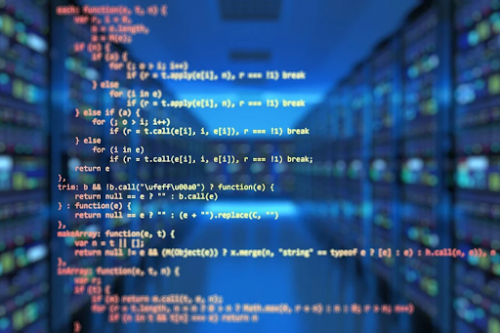 The developers frequently hesitate between Python and Golang while choosing a programming language for the project. Despite the fact that Python is the most widely used one in the world, Golang is right behind it acquiring more and more proponents. The latest survey has shown that nearly 45% of code writers opt for Python, while 10% of them prefer Golang. To be more precise there are 1.2 million people using Golang and more than 7 million choosing Python. However, Golang or simply Go is much younger than other programming languages and is expected to grow in popularity with the flow of time.

In this article we will deeply analyze why Python and Golang are so popular among the developers. You will get insight into the advantages and disadvantages of these languages and their peculiarities as well. This article will put an end to the Python vs Golang battle advising you which language to choose depending on the company’s purposes.

All you should know about Golang

Golang was developed in 2007 by Google to enhance the quality of the services rendered by the company. The release of Go was in 2009, so it is relatively new. Golang was viewed as an alternative to the C and C++ programming languages in terms of simplicity without sacrificing the performance of the products. Golang has gone a long way to be recognized by the developers. Now it is one of the most popular programming languages in the world because of the modularity, security, performance, and speed it provides. No wonder Golang was used for the development of some world’s known giants’ web platforms like Uber, Twitch, Soundcloud, BBC, Shopify, etc. But why is it so popular? To get the answer to this question let’s consider the advantages and disadvantages of the Golang. This information will help you decide whether it is an appropriate tool for building websites and apps for your business.

The advantages of using Golang

There are a lot of benefits Go provides to its users. Below we will consider the greatest of them.

The most distinct feature of Golang is that it is relatively easy to learn, read, and maintain. For those who have worked with C++, for example, Go language will be a pleasant surprise. Simple syntax makes this language the best one for beginners, because to master Go you should know just 25 keywords. It is easy to read even the code written by other professionals. It makes Golang a good language for teamwork. Thanks to a simple syntax it is also easy to detect errors timely and get rid of them.

Despite being so simple, Golang enables fast product development. Compiling into a machine code, this language enhances the speed of the development process.

Among the greatest advantages of Golang is that it offers a concurrency feature. It means that a developer can do several tasks parallely. By splitting a screen into two or more parts a developer can scale some large apps or simply do multitasking without losing attention and switching to different pages.

Among the greatest advantages provided by Golang is the ability to make some processes run without your intervention. It can boast of in-built “garbage collector” that detects unnecessary data and deletes it. In such a way the developer doesn’t have to manage memory issues by himself.

Golang has a great standard library. It comprises all necessary features for enabling fast and efficient development of websites or applications. It is an entirely beneficial feature since a lot of programming languages require developers to use secondary libraries which results in generating code errors.

Golang offers a “go test” feature for analyzing the written code, detecting errors, and their further correction. This function is of pivotal importance and should be used on a regular basis to speed up the process.

The disadvantages of Golang

Despite being so popular, there are still some cons we should take into account to get a deeper understanding of the Golang.

As we have mentioned above, Golang is a relatively young language. Due to this, it can’t provide as many features as some other languages. Golang can’t also boast of a great supportive community like Python does. There is also a lack of documentation. The only book available is “Learning Go” by Miek Gieben. However, it is just a matter of time, since the number of Go proponents continues to increase.

There is a lack of generic functions in Golang. It makes it difficult to minimize the number of performed tasks. In such a way the developers can’t reuse the code which influences the efficiency of the development process in a bad manner.

Unlike some other languages Golang doesn’t dominate a particular niche. Java, for example, is considered to be the best tool for front-end development while Python is mostly used for the visualization and analysis of data. Golang, on the other hand, initially has been developed to satisfy some specific requirements of Google.

All you should know about Python

To compare Golang and Python languages we should consider the peculiarities both of them have. Unlike Golang, Python was developed in 1991, but it is still considered to be number one among the developers worldwide. It is a general purpose language of a dynamic type used for the development of high-quality web products. This language is a perfect tool for the development of websites, mobile applications, test frameworks, scientific computing, etc. It also supports AI and machine learning. Python has been used by a number of world known companies like Netflix, NASA, Facebook, etc. If such giants trust this language, isn’t it a sign that it is entirely beneficial? Python can cope with a variety of tasks and is often called a “glue language”, because it enables smooth work of back and front development components within the product.

Python can be used for both procedural and object-oriented paradigms. OOP model means the creation of the software design focusing on the object rather than functionality. The object is usually represented by a data field with the specific behavior. Procedural programming model, on the other hand, comprises a code splitted into discrete blocks performing the same task. All the processes are carried in a specific order defined by the programmer.

The advantages of using Python

Python can boast of numerous advantages it offers to its customers. There are a lot of reasons for developers to make use of this language and now we will determine the greatest of them.

Unlike Java, Python is a dynamic language. It allows you to define data types, parse, and compile directly at the stage of the program execution. The data type is determined by the language itself without your interference. Python provides advanced visualization capabilities. It makes the developers’ lives easier, but can lead to the runtime buggs.

Due to the fact that Python has been used for nearly 30 years there are a lot of proponents of this language. You can find a lot of tutorials and books on the Internet if you want to master it. What’s more, people can join channels and groups of Python admirers. It helps to learn the language and ask for some

valuable advice from the experts. As you can guess, Python is a great option for the beginners, especially for those who try to master it by themselves.

Compared with other languages versatility is a distinct feature of Python. There are numerous frameworks and libraries available to users. These tools are enough for the development of sophisticated and technically advanced products.

Python is used for the development of web applications, games, automation, mathematical calculations, machine learning, in the field of the Internet of things. Thanks to Micro Python the developers can also write instructions, the logic of device interaction, organize communication, and implement a smart home.

Python has strict rules for writing the code. Such clearly defined requirements make the codelines look more organized and attractive.

The disadvantages of using Python

Despite the fact that Python is used for the development of various products, it is believed to be not the best option for the creation of mobile applications. Python is relatively weak for satisfying the requirements of powerful companies in terms of mobile platforms.

The main disadvantage of Python is its slowness. In such a way this language may limit the speed and performance of the development process. To enhance the work of code writers Python is frequently used alongside some other more productive languages. In general, the speed deficit limits the scope of these

language tasks, while waiting for a response to a request for maximum body script time.

This feature may be viewed as both an advantage and a disadvantage. It is entirely beneficial for small projects, but when it comes to growing and scaling products, problems may arise. The code becomes more and more extensive and it becomes simply impossible to keep track of the data types transferred. Plus, this fact reduces the speed of the language itself.

A lot of developers hesitate between these two languages before starting a new project. We have already mentioned advantages and disadvantages of Golang and Python, however it is worth summarizing.

Why should a person use Golang?

Go is considered to be better than Python in terms of performance. It is able to perform a range of tasks 30 times faster than its competitor. Secondly, Golang is entirely beneficial for relatively fast development of web products. It is possible due to an in-built “garbage collector” and parallelism. Another reason to choose Go is that it allows greater scalability. It is explained by the fact that Golang was initially developed for enhancing the quality rendered by Google.

Why should a person use Python?

Just like Golang Python has its own strong sides. Due to its age this language can boast of more sophisticated libraries, modules, and supportive communities as well. There are much more open-source materials and tutorials available for all users. What’s more, Python also has a greater choice of frameworks that speed up the development process. It is also a perfect tool for building prototypes. The most crucial and distinctive feature of Python is that it wins in terms of web development and data science. It is due to the code’s simplicity and advanced frameworks, libraries, and other tools supporting AI and ML.

Both languages can be entirely beneficial for your company and the best way to choose between Golang and Python is to define your objectives clearly. In

such a way Python is the best option for the development of AI-powered products, Machine learning, analytics, and scientific purposes. Golang, on the other hand, should be used for the systems programming and cloud-based products. It is crucial to remember that Go language is a relatively new language, but it continues to develop and improve. It means that in a decade it may become the most powerful tool for building various IT products.