React Native and its use in Mobile App Development 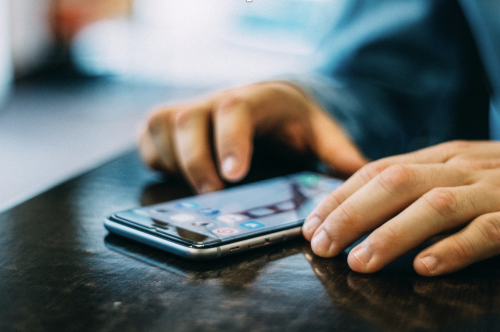 Mobiles have become an integral part of our lives. The Future of mobile will be the future of everything.

With the advancement in technology, the mobiles and their applications with functions are also updating. Now the mobile phones have become an essential part of livelihood.

Now a days there is a lot of interest in the mobile app development. They are very important for a business.  Mobile app development is becoming a requirement for any online business. The way we do business has changed thanks to mobile apps. Customers can now receive business information faster while also staying connected and up to date with their favorite brands and deals thanks to applications like these. Apps are critical for growing a company’s reach while also providing linked and widespread brand exposure

So, here in this article I will walk you through the mobile app development, cross-platform development, and react native also its platforms and link with cross-development.

So, let us start the article step by step

You may gain access to practically any type of web platform by designing a mobile app.

Mobile apps assist firms in reaching a large target audience and aid in the development of an effective app marketing plan.

The activity of building software goods or services for several platforms or software environments is known as cross-platform development. Engineers and developers employ a variety of techniques to handle diverse operating systems or settings for a single application or product.

React Native is a popular cross-platform. It is a fully accessible JavaScript framework that allows you to create apps for many platforms, including iOS, Android, and web, all from the same code base. It’s built on the React framework, and it provides all of React’s power to mobile app development.

React Native uses JavaScript to create the app’s interface, as I previously stated. React Native, unlike its competitors (such as Ionic), does not rely on web views, but rather on the real-world contents offered by native platforms. It has native views and components built-in, and it may use native-written code and give the API access to OS-specific functionality within the app.

The idea of “bridge” is used in React Native to enable for asynchronous communication between JavaScript and Native elements; this concept is at the heart of React Native’s versatility. Although native and JavaScript components are two quite separate technologies, they can communicate.

This architecture has the advantage of utilizing many OS-native functions, but it also has substantial drawbacks, such as the frequent use of bridges within the app potentially slowing down its speed. If you are creating an app with a lot of events, data, and so on, React Native may not have been the ideal choice.

What is its level of popularity?

All these apps plus when you evaluate the top apps in the App Store and Google Play Store right now, the numbers are extremely telling. React Native is used to building 14.85 percent of the top 500 apps in the United States.

In fact, React Native is the third most popular framework in the category of top US apps, after Kotlin and Android Architecture Components.

Why to choose to react Native?

React Native was thought to be commercially unviable for a long time. It wasn’t well-developed or supported enough to allow “native-like” apps to be created.

The times, however, have changed. React Native is gaining ground in terms of popularity, community support, and market share. It’s becoming increasingly simple to create fantastic apps using React Native, and the rest of the world is taking note.

Developers don’t have to write separate code for multiple platforms (iOS or Android) while using React Native because JavaScript can be used on both. The ability to reuse code, in particular, boosts productivity, resulting in super-fast development outcomes and lower costs. In addition, the current open-source libraries, particularly UI libraries, significantly speed up the mobile app development process.

Furthermore, if a company currently has a React-based online application, some of the code can be reused to construct a mobile app.

First and foremost, Facebook designed React Native to make a terrific mobile app because of its own social platform. You have most certainly used it on your phone using the Facebook mobile app. Does it have the feel of a native app? Yes, it does.

However, since React Native became open source, more organizations have opted to take a chance and use it to build their mobile apps.

Hot and live reloading routines are at the heart of React Native mobile app development. This allows developers to work with code changes in real-time and make improvements while the app is loading: the live feature reloads the entire app after changes, whereas hot reloading merely reloads a selected area of the update, making the development and testing process easier.

This justifies the first premise, resulting in application development that is faster, more efficient, more intuitive.

You can design a single codebase that runs on both Android and iOS with React Native. It not only “works,” but it also compiles to native Java and Swift code. React Native, in particular, serves as a link between online UI components and their Java/Swift counterparts.

Consider the ramifications for your software development project. For two platforms, there is no need for two development teams. There’s no requirement to match features and layouts. You just improve more quickly and get more bang for your buck.

To design React Native apps, you will require fewer specific skills. There’s a good chance you already have someone who is on your team who can code in JavaScript, possibly even ReactJS. When compared to Java or Swift developers, JS developers are simply easier to come by.

Even if your frontend developer has never used React Native before, they can pick it up quickly with little self-education, especially if they’ve worked with React before. You’ll only need to spend a little time googling to figure out which web components correspond to which mobile components, and you’ll be good to go.

Components in React Native are identical to those in native development. This enables developers to design speedier user interfaces, boost app agility, and provide an authentic, native experience that is indistinguishable from the native app.

Because React Native is still in its early stages, some components that would suit specific business requirements may be lacking. React Native supports two sorts of third-party plugins to address this: JavaScript-based and native modules.

For instance, if you wish to integrate Google Maps into your project, React Native allows you to link any plugin with a component.

React Native is currently being developed. Both Facebook and the thriving React Native community are continually trying to improve the technology. If you can’t solve a problem right now because React Native doesn’t have a solution, things may be different in a few months.

Bartosz, for example, was recently tasked with adding a “speedometer” component to one of his projects. His original plan was to make such a component on his own. But first, he decided to see if anyone in the community had previously had a similar need. He was surprised to find an open license speedometer that he could use right away, saving him time.

Microsoft was so impressed with React Native that they created their own derivative, React Native for Windows. Developers can now create apps for Windows 10, Windows 10 Mobile, and Xbox One with ease thanks to their solution.

To find out the cost of React Native development Click here

Since its conception, React Native has played an integral role in the development of mobile applications. Developing a mobile app that runs across different platforms is possible with React Native. React Native, as you can see by its benefits and importance, can save you a great deal of time, effort, and money. React Native is used in all the most popular apps that we use on a daily basis in order to take advantage of the various benefits it has to offer.

Interesting Related Article: “Where is the best place to develop an app?“