In today’s world, very few people manage to work out their finances without taking out a personal loan, and Canadians are no different. Be it for renewing their car, moving to a new house, or putting themselves through higher education, almost two-thirds of Canadians have taken out a personal loan.

Be it from banks, private lenders or other sources, the fact that people are taking out personal loans comes as no surprise. What is surprising, however, is the top reason why Canadians are doing so. Considering the fact that debt and mortgage are the two biggest financial struggles of Canadians, most of them are not putting that loan towards paying out their debt, but rather towards purchasing a new car.

Based on a survey that asked 1,200 Canadians why they take out loans, let’s analyze the top reasons and what they reveal about Canadians and their personal finances. 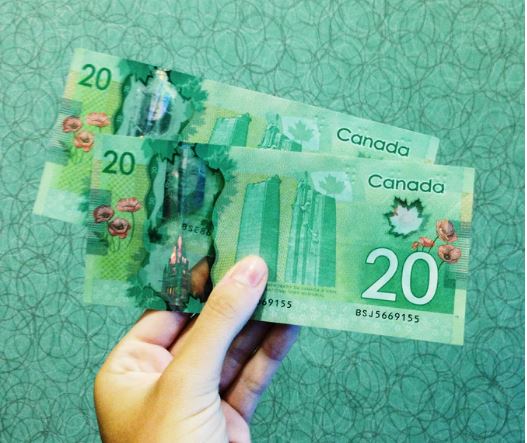 Buying a new car is the number one reason why Canadians decide taking out a loan is a good decision. Out of the people that were surveyed, 41.25%, so nearly half, stated they decided to take out a loan to finance their new car.

By the end of 2018, it was revealed that Canadians are buying more and more cars, but they are also taking out loans for longer terms, with more than half of the loans being financed for at least 7 years. But what exactly is the reason for such change? Well, in the past, auto loans were usually paid off in no longer than 5 years, but when low interests came to the picture, the length of the payment periods began to stretch, in order to people to make lower monthly payments.

Compared to their neighbors in the United States, where only 10% of car loans stretch out over such a long period, Canadians are five times more vulnerable to still owe money on their car, when they decide it is time for a new one.

2. To finance a mortgage

The second most common reason people are taking out loans in Canada, be them from banks, or from private lenders, is to finance a mortgage. What is even more interesting is that Canadians seem to be turning to private lenders instead of banks, for financing their mortgages. The reason seems to be that most self-employed people have a hard time receiving a loan from banks.

Private lenders have many relaxed rules, meaning that almost anyone can apply and get their money much faster than when it comes to traditional methods. This is also backed up by the fact that nearly half of mortgage loans provided by private lenders are going to Gen X households.

Loans from private lenders also have shorter terms, which is of great advantage to those who want to cover their mortgage faster, but some clauses prevent them from paying it off before it is due. So, instead of continuing to pay for the next 10 years, they turn to private lenders to take out a bigger personal loan, pay off the remaining of their mortgage at once and continue with the existent loan for a shorter period.

3. To consolidate an existing debt

Slightly more than 15% of the people surveyed have stated they have taken out a personal loan to consolidate existing debt. This way, they can merge the debts together for a much lower interest rate, and it is understandable why they prefer that.

Debt consolidation is one of the suggestions that financial advisors give those who are looking to regain their financial stability. If you need to pay multiple debts, all with various interest rates, you may end up paying even more than if you were to take out a loan, cover the rest of your debts, and then be left with only one to cover.

Most of those who are taking out loans to consolidate debts are graduates who are still paying their student loans. In fact, 77% of Canadian graduates say they have at least a small form of regret for taking out student loans. Now, they have to look out for ways to pay the money back faster, if they want to start thinking about financial stability.

4. To pay off credit cards

Paying off their credit card ranks just number 4 on Canadians’ priorities, which could be for reasons similar to the one above. They want to get rid of multiple debts and choose a personal loan to cover them up and get a fresh new start.

Credit card debts are the ones that seem to be piling up the easiest for consumers all over the word because you fall into the idea that you can pay it off later on. In fact, most people only end up paying the interest rates, as they start to realize they bit off more than they can chew.

Many try to negotiate their debt with the bank, but that does not always end up being successful. This is why more and more people runt to private lenders for such issues. Again, the main reason seems to be the permissive requirements they have and the short terms, making them a fast way to get out of debt.

5. To fund a renovation

Last, but not least, Canadians do seem to like renovations. 13.175 of those surveyed, had admitted that the reason they took out a personal loan was to renovate their house. Out of those, the majority were men, whereas women do seem to take out loans for something more practical, such as a mortgage, medical expenses or debt.

Most people that take out loans to fund renovations are doing so out of need, such as a baby on the way, in need of a new room, or repairs that can no longer be postponed. While some people do have some funds kept aside for such situations, others do id it easier to take out a personal loan and pay for it month by month.