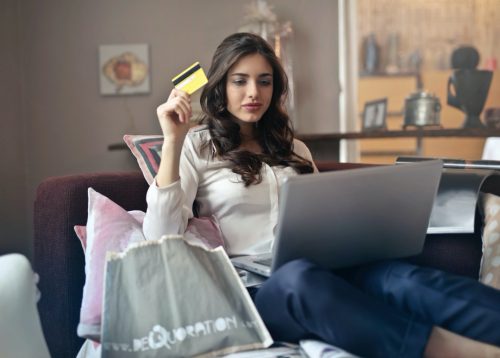 For the first time ever, Adobe Analytics reports that online Black Friday sales in the US reached $9.12 billion, signaling a strong start to the festive shopping season notwithstanding inflation and other economic woes.

Adobe, which monitors online sales, reported that this year’s Black Friday online purchases were 2.3% higher than in 2021. Sales of devices, smart home equipment, gadgets, and fitness equipment led to the increase.

Many customers took advantage of discounts and special offers to make the most of their online shopping experiences as sales increased. A number of them resorted to promocodius.com or similar promo codes websites to score discounts at retailers like Asos, eBay, and Carters.

Since the company’s numbers aren’t adjusted for inflation, some of that gain can be attributed to higher pricing rather than increasing volume. Adobe, however, said that even accounting for inflation, sales would have been higher.

Morning Consult’s e-commerce and retail researcher Claire Tassin claims that Americans are spending down their savings and charging up their credit cards to finance their purchases.

According to Tassin, many customers are using their savings or taking out loans to make these purchases. It’s not just credit cards; ‘Buy Now, Pay Later’ offerings are becoming increasingly popular as a different type of debt that Americans are eager to adopt.

According to Adobe, BNPL installment plan signups increased by around 80% over the Black Friday period. Because of concerns regarding accountability and regulation, several legislators and economists have panned BNPL initiatives.

Cyber Monday was another successful day for online retailers. Adobe estimates that Americans spent over $9.55 billion on Saturday and Sunday, and another $11.2 billion was spent online on Monday, making it once again the “largest online shopping day.”

A prior survey by Adobe indicated that US consumers spent a record $5.29 billion on Black Friday, an increase of 2.9% from the previous year.

There has been a dramatic transformation throughout the holiday shopping season. Rather than waiting until Black Friday to start their Christmas discounts, several stores started their promotions in the autumn. In October of this year, Amazon hosted a second Prime Day event, with competitors including Walmart, Target, and others.

For many shoppers, the allure of Aliexpress’s huge price cuts on popular items was enough to make the site their go-to for online shopping. A few of them made use of offers found on coupon code Aliexpress. The numerous discounts and coupon codes were made available on a “first come, first served” basis.

The popularity of Black Friday has declined as a result of stores shifting their holiday sales to internet channels.

Retailers, however, anticipate a more regular holiday season than the prior two years during the epidemic, as customers return to many of their pre-pandemic patterns. Consumers will likely once again stock up on sale items in anticipation of major shopping events like Black Friday, as well as make additional purchases later in the season.

Many consumers have found their spending limits severely limited this year due to rising prices. Furniture and electronics stores report that customers are becoming more discerning in their purchases.

Tassin said this was because it is a convenient method for consumers “to keep on budget since you can manage the amount,” making gift cards and money “substantially higher over the previous year.”

The National Retail Federation predicts that Christmas sales might rise by as much as 8% this year.

Interesting Related Article: “Take Your Online Sales to the Next Level“