With the world slowly getting back to normal in COVID-19 times, one thing has seemingly remained constant: rates of Sexually Transmitted Disease (STD) cases. As per the recent data published by the Centers for Disease Control and Prevention (CDC) in April 2021, STD rates went up in 2019 in the US. With this, the country reached an all-time high for a sixth straight year. 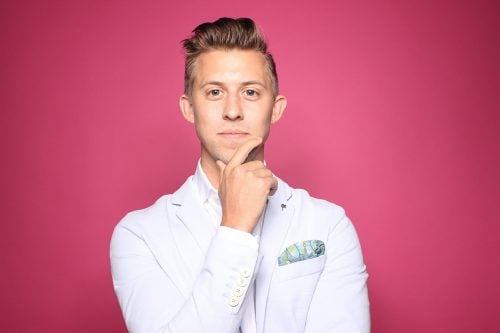 While the CDC reported a drastic drop in STD rates in 2020, public health officials had a different opinion. They were of the belief that many cases remained unreported and undetected because STD clinics remained shut. Besides, many testing supplies were being directed to COVID screening. Therefore, people were left with few options.

According to the CDC, one out of five people has an STD in the US. With this data, it can be said that as many as 20 million new STDs are being detected every year. With STD labs opening back up and testing again increasing, the question remains, are people getting tested for STDs regularly?

An Overview Of STD And Its Prevention

STDs refer to the about 35 organisms that make their way into the body through sexual intercourse or genital fluids touching. However, it should also be known that there are other ways for a person to catch an STD too. Although most STDs are preventable, this does not imply that one should look over the complications, costs, and burdens they bring forth.

In fact, STDs remains one of the most significant health problems in the US. And with the rising trend of STDs, it goes without saying that this STD problem is unrecognized by some health care professionals, policymakers, and the public themselves.

If a person were to leave an STD untreated, it is bound to cause health complications in the long run. This holds true for young women and adolescent girls, young and adolescent men who might face the brunt of this problem later on when they learn that they are infertile. Not only that, but certain STDs might also lead to cancer, reproductive health problems, and an HIV infection.

Reported Cases Of STDs Over The Years

As is evident, the US has seen a rise in STD cases since 2014. Although sex awareness programs and sex education are administered, it appears that they are hardly effective. So one can’t help but think, are the health officials and government doing enough to educate the people?

With gonorrhea, syphilis, and chlamydia being among the three most common STDs in the US, these STD cases have also increased manifold over the years. In fact, in 2019, the CDC reported 1,808,703 chlamydia cases, 130,000 syphilis cases, and 616,000 gonorrhea cases.

STD Clinics In The US

No doubt, the healthcare system in the US is unlike any other. Additionally, the changes brought about in its system have opened opportunities for accessing clinical services. This includes STD services like STD clinics as well. And with the Affordable Care Act (ACA) in place, access to primary care, consumer protections, and insurance coverage are the highlights of this act.

During a survey of 3,953 people by the CDC in 2013, it was revealed that the previous year, 11.5% of these people had gotten themselves tested for STD. With this seemingly low rate, it’s evident people aren’t stepping forward to go for STD testing.

What The CDC Recommends

The CDC recommends that people should get tested for STDs at least once a year. This applies to those who aren’t always sexually active. Those who don’t practice safe sex, have multiple partners, or share needless should go for STD testing every three to six months.

Since reported cases of STDs are only going higher, it’s time for people to wake up and realize what they should be doing. When there is a lack of awareness among the public, it’s evident that there will be no curbs on STDs. The policymakers and health officials, too, should be taking this matter seriously.

The CDC reported in 2013 that out of 21 million infected people, 23,000 lost their lives to these infections. Who knows what the numbers will seem like today, after almost ten years?

With sex essentially being viewed as taboo in the US, it might be one of the reasons why people refrain from getting tested for STDs. Or perhaps, they are afraid of facing the consequences if the result comes out positive. Unless these barriers are broken, STD cases are only going to rise every year.

When a person leaves a STD untreated, there are high chances of it leading to health complications. It might even result in a life-threatening situation. Therefore, it’s essential for people to get tested when they notice even the slightest symptom. However, it’s also true that some STDs don’t show symptoms immediately after being infected. Therefore, getting tested at least once a year is the safest bet. But then again, it also depends on the lifestyle of people, especially when it comes to sex.

The people of the US should be able to overcome this challenge together. Only with collective effort will there be a change in the whole health system, thus preventing further spread of these STDs.