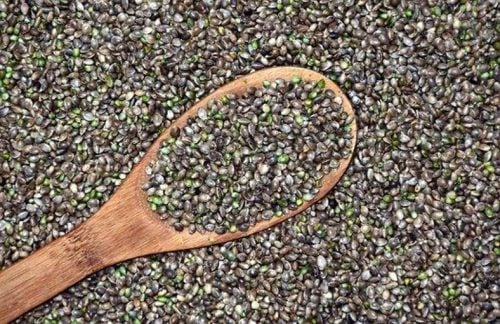 Cannabis seeds come in many different varieties, which are separated into 3 major categories: regular, feminized, and autoflowering seeds. Each category has its own sets of advantages and disadvantages that are dependent on the use case scenario (i.e., whether you plan to use it for personal consumption or to grow it for business).

In many nations, feminized marijuana seeds have increasingly supplanted regular seeds as the preferred kind. This is because these seeds have some benefits over regular or conventional seeds. First, this article will examine the distinctions between both, why some are preferable for particular scenarios, and how to decide which one to use. Then, we’ll go over the basics of each, their benefits and drawbacks, and so on.

Apart from the obvious and most prevalent use of producing buds, regular cannabis seeds serve two significant objectives.

Whatever the breeding goal, it’s ideal to start with all of the genetic material available to offer the new cross the highest chance of success possible, rather than skipping over the chromosomes lacking in feminized cannabis seeds.

When growing cannabis from seed, there was always a 50% probability that each plant would be male until recently. On the other hand, only female plants produce cannabinoids like THC and CBD in their buds.

Male plants generate seed pods, which fertilize female plants and diminish yields if they stay around long enough. As a result, individuals producing ordinary seeds had to quickly determine the sex of their plants to cull the males.

Feminized seeds are more likely to generate photoperiod plants. Cannabis that flowers according to the daylight/darkness hours is known as photoperiod cannabis. Cannabis begins to blossom in the wild as the days become shorter near the end of the summer. Photoperiod cannabis is retained in the vegetative phase indoors until the grower is ready to reduce light hours and induce bloom.

The majority of high-quality feminized seeds on the market now generate THC-rich plants. The cannabinoid is the principal psychoactive component in cannabis, and all types of cannabis users enjoy it for the intense high.

At first appearance, the differences between lifetime seeds and current feminized seeds are difficult to discern. It would be hard to tell whether the plant came from a conventional or feminized seed because they are similar on the surface. However, there is one significant difference in their genomes: feminized seeds solely contain female chromosomes (XX). This is because pollinating a female with another female, (XX) x, is required to produce 100 percent female seeds (XX).

Regular seeds result from a cross between a female (XX) and a male (XY), therefore their genetic information includes both sexes, and they will display one or the other depending on a variety of variables. The sole distinction is that only female specimens should emerge from the feminized seed. In contrast, male and female specimens and intersex and hermaphrodites can emerge from a standard seed.

Hermaphrodite feminized seeds are also available. However, this is due to parents’ poor choice in the variety’s breeding. Thus can we argue that feminized seeds are beneficial? Many people wonder if they will have the same flavor as other seeds or be as powerful; some even wonder if feminized seeds are weaker. The answer is that they are entirely equal to regular seeds; if they do not come out well, it is due to the production process or poor parent selection.

It should be evident that the genetics of cannabis seeds are the most crucial factor in their quality, regardless of whether they come from ordinary or feminized plants. When it comes to generating seeds, the choice of breeding parents is more important than just gauging quality by the traits that can be measured.

It’s crucial to know how much stress they can take since that’s another trait they’ll pass down to their offspring. Still, feminized plants that are sexually stable and can endure high amounts of hydric, light, temperature, and other stresses are just as excellent at producing seeds as ordinary ones.

Interesting Related Article: “What Happens When You Smoke Cannabis Seeds?“