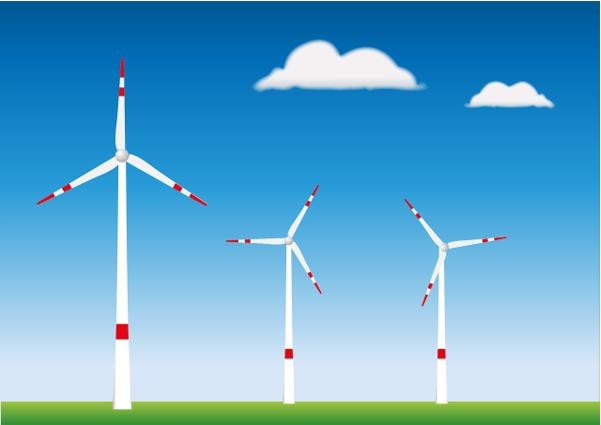 Renewable energy uses natural sources to generate power, including wind, biological processes, water, and sunlight to create energy. If we use, for example, sunlight to generate electricity, we know that the source, i.e., the sun’s light, will be there tomorrow, next week, next year, and millions of years in the future. Fossil fuels won’t be around that long. Hence the two terms, renewable and non-renewable energy sources.

The Rise of Renewable Energy in the UK

Back in 2013, only 14.9% of the UK’s total energy generation came from renewable sources. Thankfully, the country has seen this number rise, with now around 20% of all energy coming from sustainable sources. This figure is predicted to rise even higher, reaching 30% in 2020, with energy companies using renewables to generate more and more power.

Thanks the the UK’s ambitious climate change goals for 2030, experts say that renewables will continue representing an ever-greater proportion of total power generation. The term renewables, in this context, means the same as renewable energy (sources).

Energy companies, experts, and acedemic researchers predict that the number of windfarms (both offshore and onshore) and solar power projects will increase over the next few years.

Currently, the UK’s largest windfarm, the Walney Extension, is located just off the Cumbrian coast. It generates an impressive 695 megawatts. That is enough energy to power nearly 600,000 homes.

Wind energy – onshore and offshore – is the country’s most popular renewable energy source. That is why the UK is dedicating a lot of effort and money into teaching young people about wind energy. The University of Hull has launched an apprenticeship scheme in which students can learn about the science behind wind farms as well as the skills required to work in one.

The Benefits of Renewable Energy

As we become more aware of what climate change is doing to our planet, the number of homeowners looking to switch to renewable energy sources has increased dramatically. However, it’s not just homeowners who are making the switch, businesses are also moving in the same direction. Comparethemarket.com has an interesting article on why businesses should consider switching energy suppliers.

Switching to renewable sources has lots of benefits for both homes and businesses, including:

We’re all looking to reduce our carbon footprint and improve the health of our planet. By choosing to switch to a renewable energy source, you’ll be doing your bit to reduce your carbon footprint. Renewables reduce the amount of C02 and toxic gases released into the environment.

We all know that renewable energy is good for combating climate change and global warming. However, most of us mistakenly believe it is more expensive than electricity from fossil fuels. Initially, you will need to spend more to purchase, for example, solar panels and fit them on the roof of your home.

However, over the years you will save much more on your electricity bills than your initial capital outlay. Put simply; renewables over the medium- or long-term work out cheaper than non-renewables.

If you opt to add a renewable energy source to your building, you might even earn some money. There are various government schemes for those who generate more energy than they need. You can sell your excess energy.

According to the UK Government:

“You can apply to get payments from your energy supplier if you generate your own electricity, for example with solar panels or a wind turbine. This is called a ‘feed-in tariff’ (FIT).”