How the Repeal of the Medical Device Tax Benefits Healthcare Companies 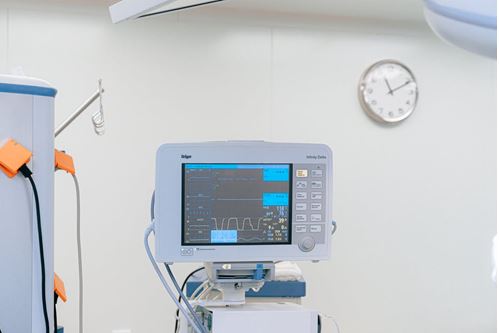 Nothing is more frustrating than not being able to help a patient in the healthcare industry. You took the job to save lives, not explain to someone why their care is going to become an immense financial burden.

But as luck would have it, the healthcare industry has won an important battle recently. The tax on medical devices is now gone! But what was this tax, and how does it help you now that it’s gone?

Well, we’re here to lend a hand with that. It’s time to break down how the repeal of the medical device tax helps healthcare companies around the nation! So let’s jump right in!

What Is the Medical Device Tax?

The medical device tax came about as a feature of the Affordable Care Act in 2010. It places a 2.3% tax on any item sold by a manufacturer of medical devices. However, it was mostly reserved for big-name devices that customers could not buy in retail (like pacemakers or MRI machines).

The idea behind the tax was to generate revenue that would get funneled back into the Affordable Care Act to make healthcare more accessible for everyone. Instead, it got met with near-immediate cries to repeal as companies ran to tax attorneys like Silvertaxgroup.com to build defenses and sent lobbyists to campaign for its repeal.

While the tax was in effect from around 2013 to 2015, the efforts of lobbyists kept it off the “playing field” until late 2019, where the tax was finally eliminated.

Why the Medical Device Tax Repeal Is Good for Healthcare Companies

For starters, the tax arguably wasn’t doing what it needed to do. Multiple foundations projected that the income the tax brought would not be enough to make up for the cost to healthcare device providers, and it caused a significant loss of jobs across the healthcare sector.

Another bonus is that this will ease the financial pressure on medical device companies. Manufacturers will not have to raise prices of their devices to stay afloat against the tax, and the industry can develop and grow more now that it’s not getting constrained by a tax.

The tax also hurt small businesses more than large corporations, since the tax did not change value based on the size of the seller. Thus, no tax means smaller healthcare device companies can breathe easier now.

Cutting the tax also favors local businesses. This is because the tax provided an exemption for products sold to foreign markets overseas, prompting manufacturers to prioritize their businesses there instead of at home. With the tax gone, manufacturers now have more incentive to sell “in-house”.

The Battle Is Over but the War Goes On

Now that you know how the repeal of the medical device tax benefits healthcare companies, you’re ready to get out there and continue fighting the good fight! And if you’re interested in more news about the state of the healthcare field today, check out some of the other posts on our blog!

So until next time, remember: this battle is behind us, but more loom on the horizon.

Interesting related article: “What is Tax?”