Right to Repair Law: Impact on Your Repair Business 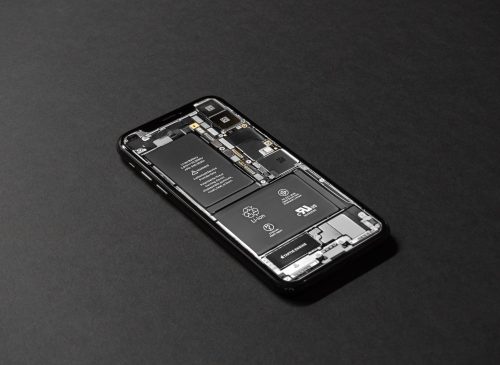 People are wondering, why on earth Mcdonald’s ice cream machine is always broken. Well in the past two years, this truth has been unveiled but it is not as straightforward or limited to a broken ice cream machine.

This broken machine problem has crossed all the limits when it comes to broken hospital machinery such as ventilators or other medical electronic equipment.

Manufacturers are not giving the right to repair their devices to the consumers. They are not holding themselves accountable for this decision due to simple reasons of “safety” and “complex electronic chips”.

Unable to wrap your head around it? Let me explain.

In 2016, a movement named “right to repair” was started when a bunch of farmers was not authorized to repair their tractors that they rightfully owned. John Deere, the owner, had restricted the farmers to tamper with the machine even after the sale, which caused the farmers major loss. So, instead of repairing tractors themselves, which could be done conveniently in a short period, John Deere made them send tractors back to the company for repair, which took a few days to complete the repair process. Meanwhile, farmers’ crops were damaged and they suffered a huge loss, infuriating farmers to take steps. They decided to fix tractors themselves but whenever they try to do that, they got locked out as it was only designed to be unlocked by the company’s authorized technicians.

Not much later, other biggies followed John Deere’s footsteps, sabotaging people from the right to repair, designing devices in a way that are impossible to fix, not giving access to the parts, and on top of that charging ten times the amount for a simple repair.

Apple, however, plays a lead role in this madness.

People were still not having the hang of all this and it reached lunacy when hospital equipment companies also restricted the rights to repair, complicating the design and putting countless lives in danger, especially during the chaos of the pandemic.

This ignited the right to repair movement which caught the president’s attention. And the right to repair bill (New York Senate Bill) for almost all electronic devices was passed last week which requires manufacturers to supply diagnostic and repair information, tools, and parts to independent repair shops, not just their own stores and partners. Hence the monopoly which suffocated the independent repair industry is about to be eliminated soon as this act is estimated to be implemented in one year in New York.

A piece of good news indeed!

Monopoly Ends with the Law

Since nowadays all of us will literally die without our phones, these big electronic manufacturers know that and take advantage of this weakness. This has compelled people to pay ten times more for even a simple repair that can be easily done by a local repair shop.

The biggest concern that tech companies show is the information about their designed parts especially advanced electronic chips, that the average technician cannot handle. This point doesn’t really have any ground as the repair shops are aware of technologies and software like cell phone repair shop POS software. Many repair businesses have successfully incorporated repair shop software to manage their customers. If these technicians are capable of using repair ticketing management software, then why not computer chips.

Anyhow, Apple provided a skeptical solution by allowing the users to be authorized Apple technicians who can have a repair outlet and can repair iPhones.

But. Yes! There is a but. They only allowed the technicians to repair only the screen or the battery. This, with a list of bizarre terms and conditions which included keeping a check on the technicians for Apple’s privacy concerns for five years even if they had left the job.

It was just another act to take control from Apple’s side.

With the right to repair law in action, these companies are now bound to provide the parts for their devices along with their repair information and tools to independent repair shops. This can have a positive impact on your repair business as 47% of people in the USA are iPhone users. This gives you a major chunk of business, opening several opportunities and building up a huge clientele. And you can always give a good impression to your customers by using a cell phone repair shop POS software and retain them longer.

Third-party repair rights have curbed this syndicate culture into a pacified approach of working for the consumers and not the manufacturers. Once the product is sold, it is the right of the consumer to do whatever he wants to or to get his device repaired from wherever he likes.

Being a repair shop owner, with this act, you will not have trouble sourcing parts for cell phones which used to be quite tedious as companies wouldn’t allow it and customers would demand it. Most users do not have an updated phone, for instance, there are a fraction of people using iPhone 6 or 6s, whose parts are unattainable, keeping in mind that Apple gets rid of its older versions and hinders their updates as well. So, what are these consumers supposed to do? Neither can they afford a new phone nor get it fixed by Apple.

This is where local repair businesses will come to the rescue, with the easy availability of the iPhone parts, they can entertain these customers.

Apple artificially reduces the lifespan of its old phone, forcing the consumers to upgrade to a new one, creating waste for the environment. This law will not only cater to consumer needs but environmental needs as well, mentioned in the bill that such devices are subjected to repairs, and with the third-party right to repair this won’t be a problem.

This law indeed is hope for the repair shop owners who invested a lot in their repair businesses, especially by getting the right equipment, store, and technology like cell phone repair shop POS software to pursue their repair career. Having it crushed under the monopoly was an evident injustice. Despite the loopholes in the system, I believe this law will have an impact worthy of the technicians and independent repair shop owners.

What are your thoughts on it?