Safe trading during the time of the Coronavirus

The coronavirus swept the world after initially infecting people in the city of Wuhan in China just a few months ago. So far, the virus has killed over 34,000 people and infected at least 741,000. Governments globally are initiating partial and total lockdowns, which means that their citizens have to stay at home and can only go out to buy essential supplies or see their doctors. In some countries, people may also go out once a day for physical exercise. 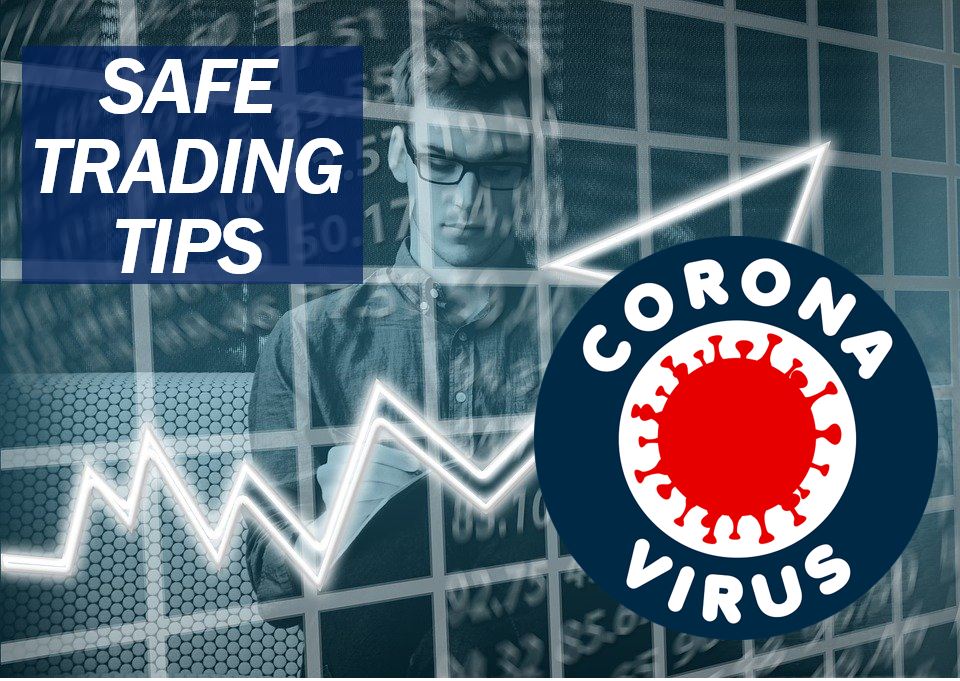 The spread of the outbreak, which is now a pandemic, has affected all aspects of life globally. Being stuck at home and not being able to go out to watch movies, eat in restaurants, dance in clubs, exercise in gyms, and visit friends and relatives has resulted in a considerable increase in online activity. The demand for e-shopping has increased dramatiically, as has the home delivery sector.

A growing number of investors and ordinary citizens are also purchasing gold – the safe haven commodity we all resort to in times of uncertainty or crisis. While the price of oil has plummeted, as have stock values of oil & gas companies, those in the pharmaceutical sector have mostly risen. The first company to get a coronavirus vaccine onto the market will probably make a fortune.

In the world of currencies, the number one safe haven is the US dollar, which has been steadily appreciating in value compared to the pound sterling, euro, yen, and Australin/New Zealand dollars.

The Norwegian krone hit another record low of $10.4564., as did several other major currencies.

The Federal Reserve, the US central bank, is pulling all the stops. Central bank intervention across the world is currently exceeding what they did during the 2007/8 global financial crisis and the Great Recession that followed.

Both the European Central Bank and the Bank of England held U.S. dollar barters, which were observed intently. The Swiss National Bank, a conservative institution that is usually reluctant to intervene, did so in a big way last week.

“This is the narrative of a solid dollar. The Fed’s activity was superior to sitting idle, and yet the attention is on indications of when this emergency will end,” said a senior analyst at Meta Trader 4.

“Everybody comprehends the deficits of central banks. They can’t entirely get individuals back to shops.”

Trading movements on Meta Trader 4 showed that markets have disintegrated in March 2020, as speculators sold almost everything for cash- driving up the dollar’s value.

The U.S. dollar was last up about 0.5% against a basked of hard currencies in the wake of hitting an almost three-year high. Over the past few weeks, the US greenback has appreciated in value by over 5%.

Is a recession imminent?

None of us knows, not even the world’s top scientists and statisticians, how long the coronavirus pandemic will last and when the current lockdown imposed in many countries will be lifted. The economic toll will definitely be enormous. Most economists say that we are in for a severe recession, which could easily develop into a major depression.

Video – What is a Trader?

Interesting related article: “What is a Trader?”