Samsung most Active investor in crypto and Blockchain startups 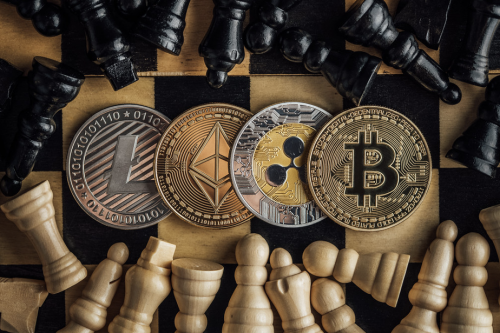 A new business that works in the cryptocurrency industry is called a “crypto startup.” In the last few years, there have been new businesses in this field in many countries on every continent.

In theory, it shouldn’t be too hard, but it’s like learning a new language for people just starting a business. This essay explains how to start a cryptocurrency business by defining it, expanding on it, and sharing what we’ve learned. If you are a newbie, here are the Five Things to Avoid When Trading Bitcoin.

During that time, Samsung invested in 13 different companies. The second most active investor is the United Overseas Bank, which has a stake in seven different businesses. Citigroup and Goldman Sachs, two of the biggest financial companies in the United States, are not far behind.

A new study says that Samsung is the company that puts the most money into startups that work with cryptocurrency and blockchain.

According to a study report by Blockdata, “it is not clear how much each business put into a project because there are many investors in some rounds.”

Alphabet, which owns Google, is now at the top of the list of companies participating in the largest investment rounds. During this time, Alphabet participated in about $1.51 billion funding rounds. Blackrock is now in second place because it has helped bring in $1.17 billion over three investment rounds.

The American financial services company Morgan Stanley is now in third place after two rounds that brought in a total of $1.1 billion. Samsung is in fourth place with $979 million after both rounds.

The money of corporations goes into NFT companies

Block data found that “some kind of non-fungible tokens (NFT) solutions and services” were used by 19 of the companies that got funding. This is because big companies want to use them in a certain way. There are 12 different markets and 11 companies that offer gaming services. The research group said the following about how the money of the world’s most successful companies is spent:

Samsung is betting on 15 ways to use the blockchain by giving money to startups. These are blockchain services, development platforms, social networks, and non-fungible tokens (NFT). On the other hand, Alphabet and Blackrock invest in fewer businesses they know more about.

The 13 companies that got money got a total of $979.26 million. Yourstory hasn’t looked into these claims on its own to see if they are true. On the other hand, it turned out that Alphabet had only put in a small amount of the $1.5 billion total.

The most important thing to know is that Bitcoin only uses blockchain to keep a public, checkable record of payments. But in theory, blockchain could be used to store any number of data points in a way that can’t be changed.

Tens of thousands of projects are looking into how they can use blockchains for more than just recording transactions. For example, this could ensure that voting in democratic elections is safe. Since blockchain can’t be changed, it would be much harder to do if someone tried to cheat at voting. In a voting system, for instance, each person who lives in a country could have a coin or token.

Interesting Related Article: “How Blockchain Can Benefit Your Business“