Saudi Arabia’s capital city of Riyadh is set to undergo a complete transformation as part of the country’s ambitious Vision 2030 program.

Four large-scale projects are being planned, including a Sports Boulevard that will stretch across an area of 135km. Cycling is set to be at the heart and center of the project, which will be completed in 2027.

Riyadh’s Sports Boulevard will include 220km of biking trails, 85km of which will be dedicated to amateurs and the rest to professional cyclists. These trails will be resplendent with everything from cafes to bicycle repair centers to sports stores.

Over half of all Saudis are obese. The region fares no better, however. Arab countries, especially those in the Gulf, are routinely ranked amongst the most obese in the world. In just three years’ time, slightly under 60 percent of Saudis will be obese.

The kilometres on end of bicycle trails will help Saudis get in shape both by taking up cycling as a sport as well as by promoting it as a healthier and environmentally friendly way of getting around Riyadh. 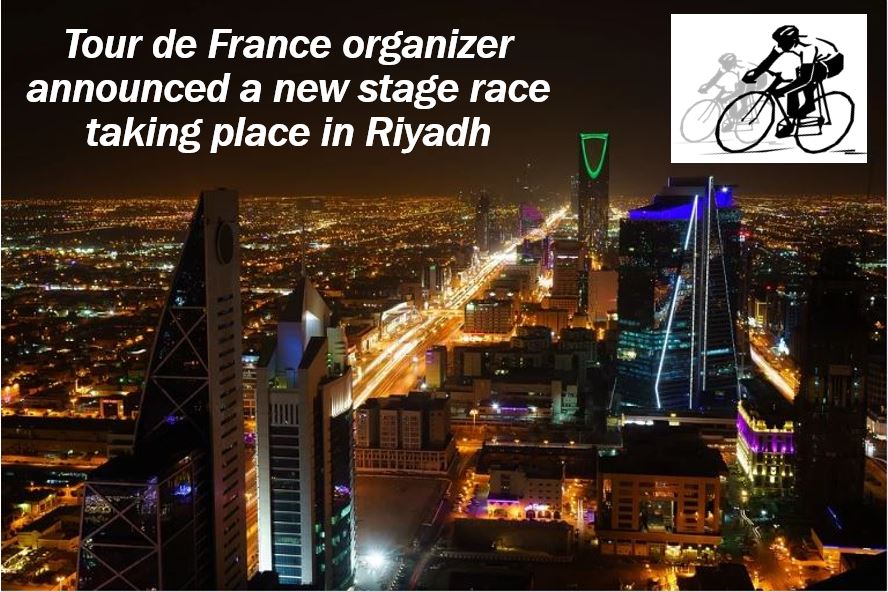 With this increased popular interest in cycling, Saudi Arabia will also draw regional and international cycling events. Next February, Riyadh will host a stage of the Tour de France.

The Sand Dunes Park Zone will be one of the Sports Boulevard’s many sections, and will offer mountain desert biking. The boulevard’s standout landmark will also be cycling inspired: a mass of huge, curved cycling tracks that together will take the shape of a flower rising 50m above the ground.

A project of epic scope

The scale of the project shows just how ambitious the Sports Boulevard will be: 3.5 million m2 of open, green spaces with 120,000 new trees due to be planted and irrigated using treated wastewater; wooded walking trails permeating the entire boulevard; 1 million m2 of space being made available to investors for development; mosques with modern architecture for worshippers; a horse-riding ground covering more than 1 million m2, and 123km of horse-riding trails.

This is all before reaching the Sports Zone, which will include 16 football fields and 30 indoor and outdoor basketball, volleyball, and tennis courts.

The Sports Zone will also include an ice rink and a Sports Tower, the latter of which will have dedicated areas for women. The tower will contain a velodrome for bike races, and facilities for a huge range of sports, from swimming, water-polo to boxing and badminton to climbing and shooting to golf and tennis – even ice-hockey will be made available.

That the Sports Boulevard will increase Riyadh’s sports capacity is clear, but the project is about more than just this. It will help the environment by encouraging alternative means of transport, it will help public health by promoting sports, and it will help wean Saudi Arabia’s economy off oil by drawing tourists and tournaments.

It is these aims that Vision 2030 set out to achieve, and three years ahead of schedule, Riyadh’s Sports Boulevard will show that what must be done, will be done.

Interesting related article: “How to prepare you mind when getting into any sports.”