Self Made Millionaires – How They Made Their Millions

In the world, being a self-made millionaire is one of the highest achievements. The feeling you get when you make your first million is hard to explain. It is something you made out of nothing, and you too, can achieve the impossible. 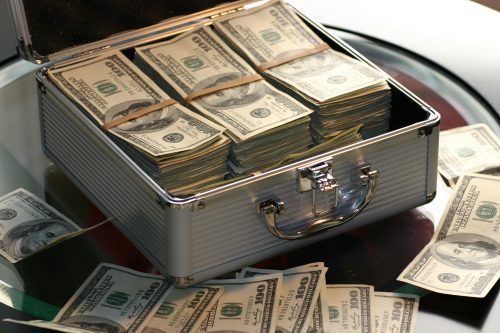 The way you think about money has a significant impact on your life, as it determines how much money you can accumulate in your life. A single factor is that your attribute and ability to learn is all you need to become wealthy. Here are a few people who started from nothing but were able to make millions in a relatively short time.

He started his career working for Abu Dhabi National Oil Company, and after saving a small amount, he decided to open his own scaffolding company in France. Today, he is the chairman and founder of Altrad Group – which offers equipment and services to the construction industry. Today, what was once a startup deals with 100 companies and is now considered a world leader in scaffolding.

Dan Pena was born into a middle-class family. All he had at the starting of his career was $860. He invested the money into a natural resource company and started working day and night. Eight years later, he finally made his first million. While being both CEO and founder of the company, Dan was officially dismissed after ten years of service. The only thing he got was a $4 million settlement that he used to start a new company. Dan Pena’s net worth is now estimated to be around 450 million dollars.

Leon Charney started his journey with a total of $200 in his pocket. However, he was determined to make it to the top. He then started learning more about the Middle Eastern political and business scene. Working towards his goal day and night, Charney became an expert and started offering guidance on the matter. During the process, Leon Charney invested every extra penny he made right. Today he is considered a top investor and works as a presidential advisor.

When Shahid Khan moved to the USA from Pakistan, he did not have anything in his name. At that time, he spent $60 per month to live at the local YMCA. he started by washing dishes and slowly built savings that can help him open his own business. After a few years of hard work, Khan started his own auto parts business when he had enough. A small business slowly began to generate income that he never expected, growing his business in different parts of the USA.

His journey started at a housing complex for the poor, but he did not let that break him down. Howard Schultz used his life as an inspiration to push himself in the right direction. Working hard, he achieved a football scholarship from the University of Northern Michigan. During that time, he kept working on the side to make extra money to help him start his career. Soon after, Howard took over a small coffee house called Starbucks and worked every spare moment to convert 60 coffee shops into a worldwide chain.

Every self-made man/woman in the world was not born into wealth. They worked around the clock and squeezed themselves to the breaking point every day to achieve everything they have today. These people are living proof that even if you come from nothing, if you’re dedicated to the cause and are ready to work till you drop, you also can achieve the world and secure your name as one of the many proud self-made millionaires worldwide.