Have you been affected by Sexual Harassment at work? 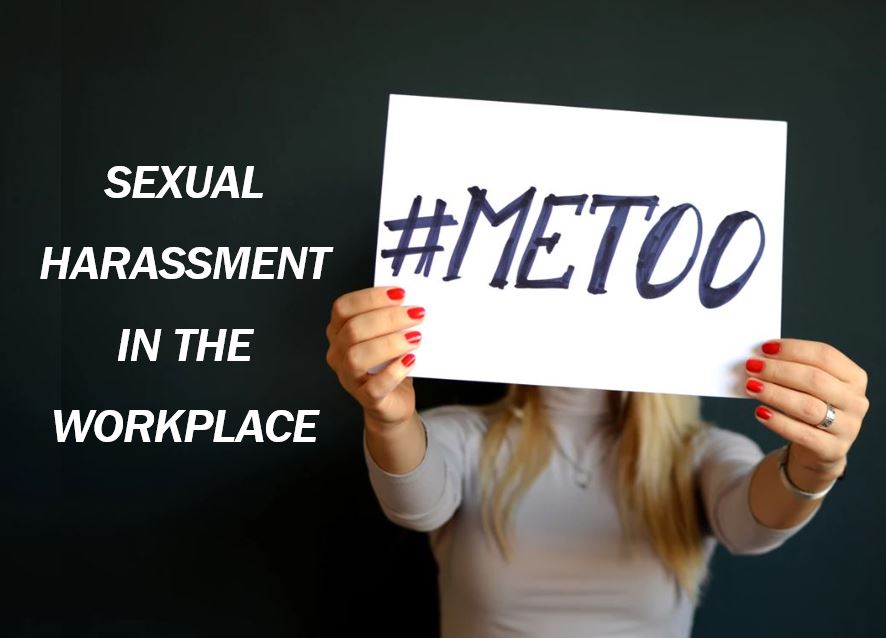 Most companies understand the need to protect the health and safety of their workers. They have strict codes of professional conduct that regulate behavior on the job. For the most part, members of the workforce follow these rules. They engage with their colleagues in a respectful and civil manner. Unfortunately, not everyone is decent and conscientious. Some individuals think they can harass, demean, and intimidate their colleagues by weaponizing one of the most intimate and private subjects in human experience and get away with it.

The first thing to understand about sexual harassment is that it is not about sex; it is about power. If you are being sexually harassed, the perpetrator is not interested in you; they are interested in power over you. This may seem counter-intuitive, but a moment’s reflection will make plain the truth. If you feel like the company you are working in is not helping, is always good to consider a lawyer.

The last thing you want is for someone you care deeply for to experience pain, embarrassment, or torment. Someone who really has feelings for you would not persistently harangue you, ask you out, or make remarks that make you feel uncomfortable. Such a person would not create an office climate in which it is difficult for you to be productive or even function. That is why you must take sexual harassment for what it is: an attempt to use sexuality to degrade and control you.

If you are sexually harassed by a colleague, you should report it. If the behavior persists, you must insist that something is done about it. If you find that you are punished as a result of standing up for yourself, then you should call a sexual harassment lawyer.

Sexual harassment is illegal. However, it is the kind of crime that victims rarely want to speak openly about. It is perfectly natural to feel embarrassed, awkward, and uncomfortable about what is happening to you; you can at the same time feel shocked, outraged, and indignant. You were hired to do a job. You want to be judged on your talent, skill, and achievements, not your gender or sexuality; and you don’t want to be pitied and viewed as a victim. If you are not allowed to carry on in your position because you are being harassed, then you must do something about it. Your first step should be to call a sexual harassment lawyer.

The person who will represent you is an employment attorney who specializes in the field of sexual harassment. They will have insight into the kinds of behaviors that constitute sexual harassment, how you can prove your claims, and how you can win a suit against your employer. During your initial consultation, your lawyer will ask you to recall details of the acts in question. This may make you uncomfortable, but you must remember that your sexual harassment attorney needs to build a case. They can only do so with evidence, and the latter begins with your lived experience and testimony.

Asking someone out is not an act of harassment; nor is making a perfectly innocent and well-meaning comment on someone’s appearance on a given day. These things do rise to the level of harassment if the same person repeatedly asks you out after you have already said no. Harassment will have also occurred if someone comments on your appearance every day and becomes more graphic, lewd, and specific about the features of your body they like most.

Unwanted sexual advancements also come in the form of inappropriate touching. It is, of course, absurd to say that colleagues cannot touch one another. However, there is a world of difference between shaking hands or high-fiving and rubbing up against or caressing someone in an intimate way.

The unwanted shoulder massage is perhaps the most common example of unwanted touching. It is a way of touching co-workers in an overfamiliar way that to some people seems defensible. If you have displayed your discomfort with such touching and the same person keeps doing it, then they are engaging in sexual harassment.

The attempt to institute a sexual quid pro quo is one of the most egregious forms of sexual harassment. If you have been told that you must enter a sexual relationship with a superior in order to keep your job or get promoted, the person who gave you such an ultimatum has broken the law.

Employees who are new to a company or profession are especially vulnerable to this kind of exploitation. If you are new, you need connections, mentors, and professional friendships to get ahead. Many older executives take advantage of this fact; they use it to harass and degrade less experienced associates by requesting sexual favors in exchange for their help.

You do not have to be asked out or otherwise propositioned to be sexually harassed. If your colleagues constantly engage in sexually charged conversation and you have expressed your disapproval of the language used and the subjects and characterizations invoked, then they must stop. If they do not, they are breaking the law.

The conventional wisdom is that such incidents occur in male-dominated workspaces and that it is the women who complain about such talk. First, the gender composition of the workplace in which such things go on is irrelevant. Second, women have also been known to speak in inappropriate ways that make both men and women uncomfortable. And third, regardless of the gender of the people engaged in such discussions, it may make people of both genders feel uncomfortable.

Pin-ups, sexually explicit calendars, the watching of pornography, the defacing of office walls with lewd cartoons—these are some of the many non-verbal forms of sexual harassment, and they are illegal.

5. The creation of a hostile work environment

If the management does not act to address and stop acts of sexual harassment, it can create a hostile work environment. Slurs, taunts, ridicule, groping, and grabbing will become normalized in a workplace that does not take sexual harassment seriously. If this happens at your place of business, you must take legal action.

What a Sexual Harassment Attorney Can Do

West Coast employment lawyers have the expertise and experience to help ordinary people get justice. Your sexual harassment attorney can help you gather the evidence and employ the relevant parts of the law to help you get justice. It may be possible to settle the matter without going to court. If your lawyer can present your employer with enough evidence that you have been sexually harassed and suffered severe harm as a result, the company may prefer to offer you a settlement. At that point, your lawyer will negotiate on your behalf and get you the compensation that is commensurate with all you have endured.

If you are being sexually harassed and your employer refuses to act, you need legal representation. You should call West Coast employment lawyers for a consultation.