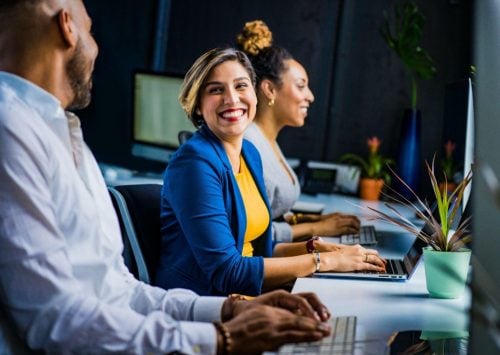 Ever since the Anita Bryant trial in the nineteen-eighties, the American public has been aware of sexual harassment in the workplace.

Sexual harassment could be unwanted advances from a coworker, whether it’s a peer or a superior. It could also be an off-color joke about someone’s gender or sexual preference.

It entered the public discourse again in 2015 when Donald Trump was running for President. Someone leaked a taped conversation between him and Billy Bush, then one of the hosts for Entertainment Tonight.

On the tape, Trump was bragging about what he could get away with because he was famous.

“They let you do anything when you’re famous,” he said in his trademark mush-mouth way of speaking. “I don’t even wait,” he bragged. “You can grab ‘em by the-” I won’t repeat the final word of his sentence. If you haven’t heard it yet, click here: https://en.wikipedia.org/wiki/Donald_Trump_Access_Hollywood_tape for more information about the incident.

Billy Bush, used to placating men with money and power, didn’t stand up and tell Trump that what he said was disgusting. He didn’t point out that it was sexual harassment at best and could probably qualify as sexual assault. Instead, he laughed. It was a laugh that would eventually cost him his job.

Of course, Donald Trump saw no negative consequences. He went on to win the Presidential election over Hillary Clinton, and we all know what happened next.

So, who really lost out? Well, Billy Bush for one. But also, his parent company. They were forced to pay an enormous severance package to the disgraced TV personality. This is only one way in which sexual harassment can cost you big bucks.

On AMC’s Mad Men, the character played by Elisabeth Moss has to deal with sexual harassment all the time. Remember that it isn’t just unwanted sexual advances that count as harassment, but also any derogatory remarks about someone’s gender.

The show was set in the nineteen sixties and was unashamed to show how hostile the work environment was at the time. It made Moss’s character’s rise through the company that much more impressive.

We would all like to think that those days are long gone, but unfortunately, as Trump and Billy Bush proved, misogyny is alive and well in the new millennium.

One person who uncovered and exposed sexual harassment was Ronan Farrow. With his New Yorker article, and later with his book Catch and Kill, he exposed a vast network made up of Hollywood executives, major news organizations, international spies, and even elected officials all working together to insure that people who committed sexual harassment were never brought to justice. Click here for his related reporting.

In his book, Ronan describes how he worked for NBC Universal when he began working on a story about Harvey Weinstein. One of the first people he spoke to for advice was Matt Lauer, who had yet to have his own harassment exposed.

As Ronan worked the story, he found something interesting. Many of the men who were telling him to back down from the story had a history of harassment allegations of their own. They minimized the incidents, saying that they were simply misunderstandings. But Ronan’s investigation turned up dozens of payouts by the company he worked for to women who took the money and disappeared.

These payouts were for high-level women at NBC news. In order to make it worth their while, the payouts were well over a million dollars. Some of them were for tens of millions. Many times, a single male employee could cause dozens of settlements over his tenure with the organization.

Keeping these men in place became extremely costly. If you added together all the sexual harassment settlements made by just one network over the course of thirty years, you would have enough to feed everyone in America for a year. That’s a lot of green.

So, what can you do to avoid settlements like this? Remember that knowledge is power. By giving your employees sexual harassment training, you can ensure that they know what is expected of them when they are in the workplace.

Not only will this help cut down on instances of harassment, but it will also limit your liability as an owner or manager. This is truly a case with no downside.

Take the time to find a trainer that is right for your company. Make sure to check their references online. Interview them before bringing them in.

Ask them what their goals are for the training session. How will they keep your employees engaged? When you’re satisfied with their answers, set aside a day for your staff to complete training. You’ll be glad you did.

Interesting Related Article: “Have you been affected by Sexual Harassment at work?“