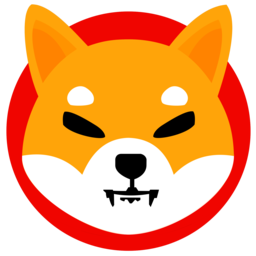 The pseudonymous founder of the popular meme coin, Shiba Inu has deleted his tweets from his official Twitter account and the blog posts on the Shib medium page. Is he following the path of the Bitcoin founder, Satoshi Nakamoto? Should founders in the blockchain industry be anonymous? Shiba Inu has inspired millions of investors all over the world in the cryptocurrency industry to invest in the project.

The second most popular meme coin, Shiba Inu was founded in August 2021 by an anonymous founder or group of founders called Ryoshi. According to the Shiba Inu official website, Ryoshi says that he is a nobody and not important and that the efforts to unmask his identity, even if successful, would be underwhelming. Shiba Inu was created as a competitor of dogecoin, and the project holds a great future.

Shiba Inu at press time is trading on the Gate.io exchange at a price of $0.0000110900 and the price is down by 2.95%. Although the meme coin price started this week on a bullish trend, the bears took over the market in the last 24 hours and as Bitcoin and some other altcoins are down, Shiba is also down. The Gate.io cryptocurrency exchange is a reliable, very fast, and secure exchange where you can buy the Shiba Inu tokens.

On May 30th, the founder of Shiba Inu, Ryoshi, took down all his tweets from his official Twitter handle with more than 200,000 followers. This includes his last post and posts he made a year ago, Ryoshi said that “I am not important, and one day I will be gone without notice on that post. Take the SHIBA and journey upwards friends”. He replaced his profile picture with Jetsun Milarepa, a famous Tibetan monk, and philosopher. Does he want the project to exist without him?

Furthermore, the founder did not only delete his Twitter posts, he also went further to delete all the blog posts on his project medium page. Despite this update, the community members still believe in this project and it did not have any negative effect on the price of the token. You can buy/sell cryptocurrencies on the Gate.io crypto exchange. This is one of the tokens held by Ethereum whales.

Moreover, the Shiba Inu token is still gaining traction as it is accepted as a means of payment by different organizations. On June 1st, an American Chain of Fast-Casual Restaurants, Chipotle started accepting over 90 cryptocurrencies as a means of payment, and Shiba Inu was listed as one of the cryptos that will be accepted. This was possible through a partnership between Chipotle and Flexa.

But, what could be the reason for Ryoshi’s actions’ for deleting his Twitter account? If the Bitcoin founder is not known and bitcoin still has a great store of value years after its invention, will Shiba Inu get to the moon without the founder?

You may be interested in: Five Hot Selling Cryptocurrencies in 2022