Should India’s World Cup Squad Be Rested During the IPL? 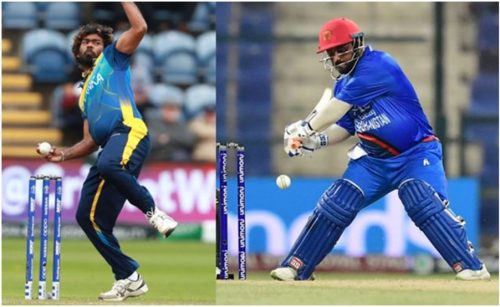 After a late finish to the previous edition of the IPL, the 2021 edition seems to be on track. The 8 teams will fight it out in a tight schedule of 56 league matches, and then the 4 play-off matches, to win the coveted schedule. Teams will travel between 6 different cities in 51 days, starting from 9th April in Chennai, and ending with the grand final to be hosted at the world’s biggest cricket stadium in Ahmedabad, on 30th May.

The IPL betting sites have started putting out odds for outright winners and various other betting markets, and are already starting to see considerable interest from punters across the country.

In recent years, the Indian cricket team has seen an increase in the number of overseas as well as home cricket series. With the ICC still refusing to give a proper window to the IPL, the tournament often finds itself squeezed in between the national team’s international commitments.

This year’s edition will begin just 12 days after England’s tour of India ends on 28th March. The matches in this almost 2-month long tour have been well fought and tiring.

This home series was on the back of the 2020 IPL held in Dubai, and a long tiring tour of Australia, which saw most Indian players suffer from some sort of injuries. The situation of the Indian squad was so bad the coach, Ravi Shastri, and the stand-in skipper Ajinkya Rahane had to struggle to find a fit team of 11 players for the final test.

Players like Ravindra Jadeja are still recovering from their injuries.

While the 2020 T20 World Cup was canceled, this year it will be hosted in India, tentatively in the months of October and November. With the final schedule yet to be announced, debates have already started regarding whether the Indian squad should be rested before the tournament. This is not the first time that such calls have been made.

As seen above, the Indian team in recent times has seen a lot of injuries, and many of them are yet to recover fully.

The nature of the T20 game is such that it takes a big toll on players’ fitness, because of the fast-paced nature of the game, as well as in part due to the Indian weather conditions.

Franchises spend crores of rupees to include top Indian players in their squad, with the expectation that they will perform throughout the tournament, helping them to win the title. They would obviously be wanting players like Virat Kohli, Jasprit Bumrah, and Ravindra Jadeja to play as many matches as possible to get the best out of them. Expecting the owners to give the players a rest, especially towards the business end of the tournament would of course be futile.

It is up to the players to an extent, and more on the BCCI to take a serious look at the players’ schedule, and probably ask the franchises to provide mandatory breaks to players in order to avoid injuries as well as burnouts.

In previous years too, there have been calls not just by the Indian fans, but in other countries as well, to rest national players during the IPL, especially when a major ICC tournament is coming up. However, some experts are of the view that the IPL provides great match practice to players.

Since most players who will be participating in the T20 World Cup will also be taking part in the IPL, it will be a great chance for Indian players to get to know their strengths and weaknesses and utilize the knowledge to their advantage during the World Cup.