Should You Renounce Your US Citizenship for Tax Reasons? 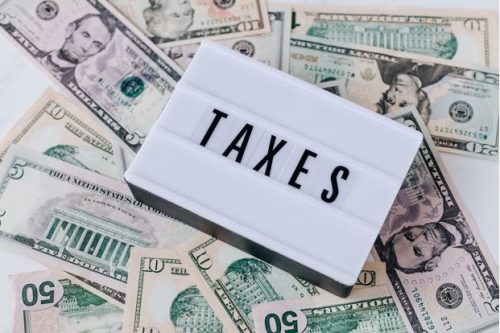 All US citizens have the right to renounce their citizenship voluntarily as long as it’s made before a consular or diplomatic officer of the United States. Americans may terminate their citizenship because they wish to fight on behalf of another country or apply for foreign government jobs.

However, most Americans will renounce because of current or new tax laws. Saving on income and capital gains tax is a great reason to forgo citizenship, but is it the best decision for you?

The US Tax System at a Glance

The United States is the only developed nation that has a citizen-based, not a resident-based, taxation system. That means you have to pay US taxes regardless of what country you live in.

Even if you don’t work for a US company or receive other types of income from the United States (rent, for example), you still have to file your taxes. This system often leads to double, sometimes triple taxation, which can’t be removed unless a person renounces citizenship.

Keep in mind that you still have to pay taxes when renouncing US citizenship, meaning you aren’t off the hook until you’re officially no longer a citizen. What’s more, you’ll have to pay income and capital gains tax on all previous tax years when you were still a US citizen.

How to Renounce US Citizenship

From 2019 to 2020, the number of Americans deciding to renounce increased by 237%. You can permanently remove your US taxation burden if you meet the following criteria:

The exit tax is computed as if you sold all of your assets, which is subject to capital gains tax. If you have a crypto wallet and haven’t paid taxes incurred on your cryptocurrency to the IRS since 2014, you’ll still have to calculate cryptocurrency as an asset, which may be expensive.

Some wealthy Americans will use their lifetime gift tax to give their spouse, children, or other family members a portion of their assets. This can significantly lower their exit tax and liability.

When Renouncing Your Citizenship Makes Sense

As stated, Americans can’t renounce their citizenship to avoid capital gains taxes on crypto, nor can they avoid catching up on their tax filing. However, renouncing will help you avoid paying US income tax in the future and may prevent future taxation on cryptocurrency in some cases.

If your employer is temporarily moving you to another country with the intention that you’ll return, renouncing your citizenship doesn’t make sense, even if your tax burden is higher.

However, if you’re an expat who has lived in a foreign country for several years, moves around a lot, or plans to never work in the United States again, renouncing is a great idea. In your case, filing US income tax is a waste of money, especially if you forget one year or file too late.

Wealthy Americans who don’t work full time or plan to open their business in a foreign country could save big time on their personal and business income taxes. If they hire a tax consultant, they may be able to renounce their citizenship without paying the exit tax fully or at all.

Finally, people who have never lived in the US, but are considered US citizens because they were born in the United States, should renounce. The IRS will still charge non-residents if they’re late filing their taxes regardless of how long they’ve lived or haven’t lived in the country.

Interesting Related Article: “Everything You Need to Know About Filing Your Taxes“