SLAM Technology: A Glimpse of the Future 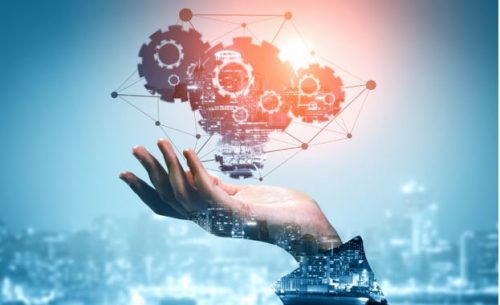 Simultaneous localization and mapping (SLAM) are rapidly gaining prominence as a significant improvement in embedded vision with many potential applications. Commercially, the technology is still very much in development. However, it is a promising breakthrough that addresses the limitations of existing vision and guidance systems and has significant economic potential.

Simultaneous Localization And Mapping is the abbreviation for SLAM. Through feature points, the technology comprehends its physical environment. This enables applications to recognize three-dimensional objects and track their surroundings in real-time to overlay digital interactive augmentations.

SLAM is a technique that enables a robot or gadget to construct a map of its environment and adjust its position within the map in actual time.

What are the Benefits of Using SLAM?

SLAM-based systems are fundamentally mobile – they perform best when employed in a mobile environment. The days of several static setups of hefty tripod-based systems are long gone. With a SLAM mobile map app, you can walk through a location, creating a digital mapping as you go, saving a lot of time by eliminating the need for lengthy setups. In addition, mobile mapping systems based on SLAM significantly reduce survey times and can acquire data up to tenfold faster.

Additionally, GPS does not work indoors; it requires a line of vision to at least three stations to function; nevertheless, GPS-based devices are not limited to the indoors. Forests present a challenge, as tree canopies obstruct the field of vision to the sky, and urban valleys or towering buildings often obstruct signals in built-up areas. By obviating the need for GPS entirely, SLAM-based technology solves these difficulties. SLAM enables you to scan complex and enclosed locations manually or by attaching a scanner to a trolley, drone, or pole.

SLAM Methods have Different Approaches and Types. Get to Know Them!

Visual SLAM, alternatively referred to as vSLAM, determines the coordinates of a device about its environment while also mapping the landscape using solely visual input from a camera.

While it has immense potential in a variety of applications, it is still a relatively new technology. It is anticipated to play a significant role in augmented reality applications. Successfully projecting virtual objects onto the material world requires accurate mapping of the immediate environments, which we can accomplish only with visual SLAM technology.

Additionally, visual SLAM technologies are used in a variety of field robotics. For example, space probes and landers exploring Mars move autonomously using optical SLAM systems. Field robots and drones in agriculture can both use the same equipment to navigate crop fields autonomously. Visual SLAM systems could be used by autonomous vehicles to map and interpret their environment.

Visual SLAM systems have a significant capability of replacing GPS tracking and guidance in some applications. For example, GPS devices are ineffective indoors and in densely populated areas where the vision of the sky is impeded, and their accuracy is limited to a few meters. Visual SLAM systems address all of these issues because they are not reliant on satellite data and take detailed measurements of the world around them.

A LiDAR SLAM system generates a three-dimensional map of its environment using a laser sensor. For example, LiDAR (Light Detection and Ranging) determines the distance to an object (such as a wall or chair leg) by lighting it with an active laser “pulse.”

LiDAR is a quick and precise method that may be employed in a wide variety of situations and conditions. Like visual SLAM, a LiDAR-based SLAM system maps a room using a laser sensor and an IMU, but with superior precision in one dimension. By illuminating an item with several transceivers, LiDAR determines its distance (for example, a human or chair leg). Each transceiver rapidly produces pulsed light and detects the returned pulses to calculate its position and length.

Due to the speed at which light travels, extremely precise laser efficiency is required to track the robot’s distance to each target properly. Due to this demand for precision, LiDAR is both a quick and accurate method. That is true, however, only in what it can perceive. One of the primary disadvantages of 2D LiDAR (which is frequently utilized in industrial application) is that if another obscures one object at the LiDAR’s height, or if an object has an irregular shape with varying widths across its body, this data is removed.

Where is SLAM Used?

Perhaps the most telling evidence of SLAM’s effectiveness is the breadth of its use. From automobiles to caverns, the following sectors make extensive use of SLAM technology.

Among the most traditional branches of geology is the study of caves. While spelunking can be a lot of fun, it does not provide a detailed 3D model of the interior of a cave. On the other hand, SLAM will, and geologists and engineers have put it to service, creating those maps across numerous places.

If you’ve ever seen actual videos showing vehicles driving themselves without a human occupant, you’ve already seen SLAM in action. These cars continuously scan their environment, and due to the high speeds at which they travel, the SLAM they utilize must be extremely fast and precise.

SLAM originated in robotics and has never left. Robotic operators use SLAM to assist robots in navigating their environments, either by scanning as they move or by integrating a previously acquired map for them to follow.

Mobile devices will be a major emphasis of SLAM. Nonetheless, the technology is not limited to mobile devices; it will apply to various other devices, including cars, robots, cellphones, virtual reality headsets, and computers. Moreover, because each of these devices has a unique set of inputs required for SLAM, there are expected to be many distinct SLAM implementations in the future.

SLAM is likely to play a key role in various fascinating business and consumer applications, including navigation, advertising, and gaming.

SLAM technology is improving at the moment, and its application is growing more widespread. SUMO continues to be a leader in mobile mapping. With developments in technology such as SLAM, we may see more affordable and faster surveys without sacrificing accuracy.