Voice recognition software has made technological leaps in an incredible way over the past several decades. Audio transcription seems easier now than ever. Even our cellphones hold the power to digitally transcribe our speech with near 100% accuracy. 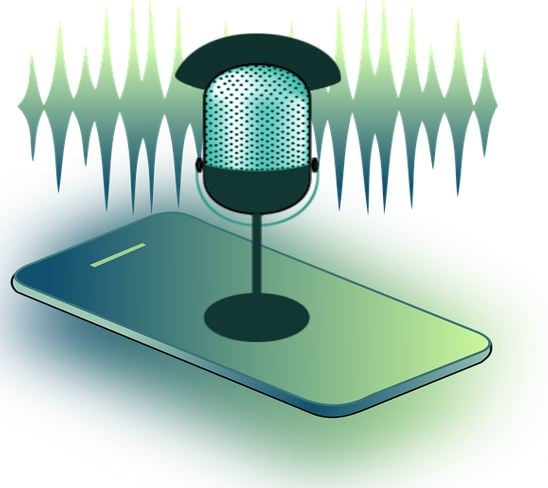 Siri can solve complex equations from verbal command, as well as make social media posts, and handle your personal schedule. However, since Siri is run entirely off the apple servers, you will get the best performance from Siri when on a strong WiFi connection. This means if you have a spotty data connection, you may run into issues. Even with on-board system commands.

Audext.com is a more traditional voice transcription software. It may not offer the bells and whistles that Siri or Cortana may be able to do for you. But what it does do, it does very well. Audext.com, in essence, is designed for digitally transcribing audio files into text format. It has an incredible display of accuracy, and as far as computer voice recognition capabilities go it is quite good. Audio to text transcription service Audext.com supports a wide array of video and audio file formats, so you can ease any worries you may have about converting files before using.

It also does quite a good job of detecting multiple speakers on your files and makes importing and exporting easy. Keep in mind this is a paid subscription service. So unlike audio voice recognition services such as Siri or Cortana or Google, this service is more dedicated and requires a bit of money up front.

Voice Finger is a relatively middle of the pack speech to the text software solution. While the accuracy isn’t the best in the world, it’s not bad. However, it does offer a lot of things that some higher-end competitors offer, at a better price. Voice Finger offers easy to understand and customize system commands. Such as opening specific folders, or documents.

As well as the ability to smoothly open different programs on verbal command. Voice Finger offers a smooth and easy to understand interface, and as I said above, a very reasonable price. However, the lack of customer service phone number is a bit of a downer. Their customer service email usually responds within 24 hours. But for those of us who like to talk to a person, as of now, that option doesn’t exist.

Cortana is Microsoft’s answer to Apple’s Siri. This personal assistant offers you multi-platform virtual assistant capabilities across your computer, phone, and even Xbox console. Cortana responds rather fluidly across platforms to voice commands. In addition to being able to manage and send emails, send text messages, open and close programs, and keep your calendar up to date. Cortana is also a pretty good audio transcription service. Cortana offers users relatively accurate audio to text transcription on your computer.

For Windows 10 and above, Cortana comes pre-installed as well. The Microsoft Word Dictate feature is powered by the Cortana technology. However, Cortana can be rather frustrating to get set up initially and may require a few online tutorials before things get up and running smoothly. So try to be patient while getting things going with Cortana.

It even does a great job dissecting different dialects, and accents depending on the region. However, you may find yourself dealing with some silly mistakes when it comes to speech to text translation in other languages. It seems that for some lesser-known languages such as Finnish, or Hungarian, ect., Google still hasn’t quite hit the mark perfectly.

Overall there are a variety of awesome products and services out there to suit your audio transcription and voice command needs. Voice recognition continues to evolve and make technological advancements seemingly every day. Be on the lookout for these programs to make great improvements, and become even better in the future!