Solitaire Card Games: What You Should Consider 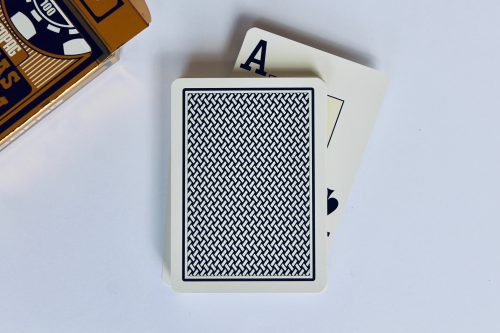 Every day, there are more and more video games being created. The majority of them just ask you to push buttons and do not need much thought. It is thought that they mower someone’s IQ. This does not imply you should quit playing computer games as a result of what has happened. You can select those that are beneficial to your health. Those who are needed to do more than push a button to have enjoyment and think about it and devise a plan.

If you enjoy playing card games, you may pass the time by playing online Solitaire card games. Solitaire, often known as patience, is a card game in which the aim is to arrange the cards in a certain sequence. Solitaire is mostly a single-player game, but when played online, you may compete with several players. There are several varieties from which to pick. To name a few, there is a free cell, spider, Klondike, pyramid, aces up, devil, and golf solitaire. They all have various approaches to dealing with them.

When Did Solitaire Games Become Popular?

Solitaire games with a standard deck of playing cards, it turns out, is a great practice with a lengthy history long before they were ever brought to your personal computer – since people have loved them for over two centuries. While solitaire card games have been there for a long time, the introduction of the personal computer was a major factor in their modernization. Microsoft Windows has included a game of Solitaire with its operating systems, much to the delight of tired salespeople and office employees all around the world. Solitaire became one of the most popular computer games in the world as a result of this single deed.

Apart from computer software, there are now a plethora of websites where you may perform a lot of solitaire games online. The digital application allows us to play Solitaire more quickly and simply, without the difficulties of setting up, shuffling, dealing, and shifting columns of actual cards, making it even simpler to fill a few free moments. Solitaire card games are growing like never before as a result of the digital revolution, and even those who do not own a real deck of cards may spend countless hours playing various versions of these traditional games.

What are Solitaire Games and How Do They Work?

There are a staggering number of distinct solitaire games available, and they form their own separate family of games. However, many of them follow a similar pattern. This generally entails putting out cards on a tableau of layout in order to move them to foundations, where each suite is built up in order from Ace to King.

Turning up unreal cards from the collection and constructing and moving columns of cards inside the tableau that suit in worth, club, or color achieve this. In a nutshell, that is a solitary game. However, these games have their own vocabulary, which is best understood by first understanding how a regular game works, so let us go over that in more depth.

To begin, deal a starting deck of cards in an opening tableau as directed by the game’s rules. The cards handed to the tableau in certain games are all face-up, producing an open game. Several cards are handed face-down in a private game, so you have partial knowledge at the start. These cards are only exposed when the cards that were blocking them have been moved, allowing them to be flipped face-up or moved. In the tableau, face-up cards are generally arranged in an overlapping pattern, or cascade, so that their numbers can be seen and plans may be made appropriately. The layout might be in overlaying rows or overlapping columns, depending on the platform.

Most solitaire card games are simple to learn, and there are several websites that give extensive listings of many Solitaires cared games available, as well as rules for each. As usual, Wikipedia is an excellent place to start your search, as it includes a page with a list of popular choices. Many websites have been developed by committed solitaire fans, and others have built software to let you play the game on your mobile device or PC. These software packages often provide you a hundred or more alternative ways to play, in addition to the two or three versions of Microsoft that are accessible.

In former times, the only way to play and learn Solitaire was to have the good fortune of being taught in person by a friend or wade through a stack of written words in a book. Nowadays, learning how to play Solitaire is as simple as playing it using a computerized version that maintains the regulations and educates you on how to play. This makes trying various types of Solitaire much more realistic, and we strongly suggest it as the best way to learn and enjoy the game.

There are a number of websites that provide free solitaire card games that you can play right in your browser. Another option is to acquire specialist software for your computer or mobile device if you want to experience the great vast world of solitaire games beyond the limited selection offered by Microsoft.

Naturally, after you have mastered the rules of a specific solitaire game that you love, you may go ahead and utilize your favorite custom deck of playing cards. There are tiny decks accessible for this reason, but we believe that playing with a beautiful poker-sized deck will provide the greatest joy. You will need a lot of room to work with, and we highly recommend using a high-quality deck of cards to make shuffling and handing more enjoyable on both a functional and aesthetically level.

It is important to note that not all solitaire games are created equal, such as Klondike and Spider, which are popular on Microsoft Windows. Even if you believe you do not enjoy Solitaire card games, it might just be because you did not enjoy the one or two kinds you have played so far.