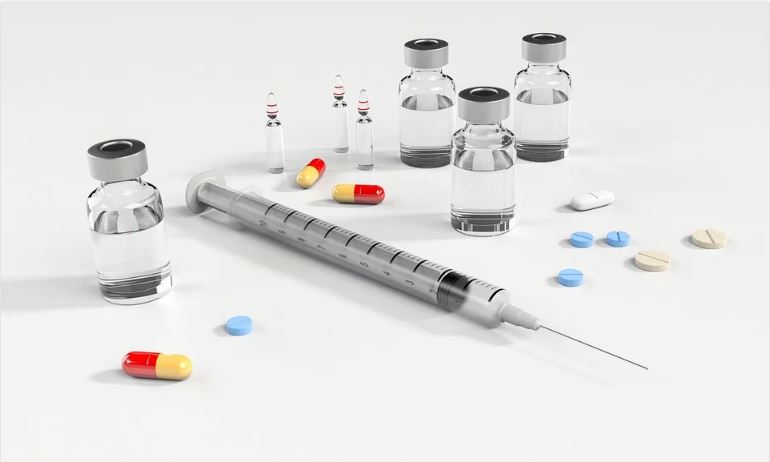 Addiction to drugs is a complex, deadly disease in which people compulsively abuse substances, despite their harmful consequences. American Addiction Centers, which has an article about Tricare drug rehab coverage, exaplains that drug addiction can cause severe and irreversible changes in the brain.

The changes in the brain caused by abusing drug can also lead to severe and harmful behaviors.

Being addicted to anything is awful for the sufferer, but to be addicted to drugs  can be catastrophic if intervention isn’t rapid and thorough.

Some people can use recreational drugs, such as cannabis and MDMA, with no adverse effects, however, for others the substance use can become an obsession, which leads to addiction.

Heroin and cocaine use often leads to addiction, and those affected are unable to control their urge to take the drug and will often do anything to obtain it.

Prescription medication is often given to those who are suffering from some pain of some sort and it isn’t unheard of for people to become addicted to the very drugs which are supposed to be helping them.

Many people take drugs, but what makes one person able to manage their usage and another to become an addict?

Many factors may make you more susceptible to one drug over another.

Varying factors as to why some people are more likely to become addicted include the biological make-up of your body, how sensitive you may be to a specific drug, and the chemical components of the drug itself.

There are many theories as to why some people are more susceptible to becoming addicts than others. Still, the most feasible theory, in the medical world, seems to be that addicts have an inherent biological vulnerability to addiction before they even began to use the drug.

The brain is severely affected when drugs are taken. The feeling of euphoria that comes with drug use is a result of chemical changes in the brain. When an addict takes a drug, chemical messengers such as dopamine and opioid peptide flood the brain, giving the user a feeling of being ‘high.’

After the high, there is a neurochemical rebound which causes the reward function of the brain to drop to below normal levels of activity – simply put, the user of the drug never again achieves the first ‘high’ sensation as they did initially and keep trying to achieve it by continuous use of the drug.

Prolonged use of a drug causes chemical changes in the brain that alters its reward system, prompting further usage of the drug.

Drug addiction is thought of as being a brain disease because of the way that drugs change the brain’s structure. Many drug addicts suffer from affected judgment, decision-making, learning, and memory, as well as behavior.

When a drug user reachers a point where they are constantly in pursuit of chasing that ‘high  and begin taking the drug just to cope, the user is viewed as an addict.

A drug addiction typically happens slowly, beginning with voluntary and occasional use, then escalating to drug abuse and then full-blown addiction.

Once a drug user gets to the point where drugs are the only thing on their mind, regardless of the adverse effects, then an addiction has likely formed.

Addiction is often viewed as a chronic disease, which means the sufferer can have relapses if they fail to comply with their treatment.

There are a variety of drug programs, medications, and therapies to help with drug addiction.

Supervised drug addiction treatment is essential for most addicts as trying to wean oneself off a drug is a hard and sometimes fatal experience.

Medication is often used in the detoxification process to help with the drug addict’s withdrawal symptoms.

Medication can help to manage and suppress withdrawal symptoms – detoxication is the first process in the detoxication process.

Opioids such as methadone, buprenorphine, and naltrexone are commonly used to treat severe heroin drug addiction. Low Dose Naltrexone is a unique prescription given not only to help wean off the drug addiction, but it also helps combat things like chronic pain and depression those with addiction face.

Anti-depressants, such as Prozac and Paxil, are also useful in treating drug addiction as they increase the amount of serotonin in the brain, which balances moods and controls behavior, which, in turn, helps reduce the drug cravings.

Alongside medication, psychotherapy is encouraged as if patients don’t receive any further treatment after detoxication, and they usually resume their drug addiction.

CBT – cognitive behavioral therapy is offered as a form of treatment for drug addicts as it can help the user identify drug-related triggers and help then manage challenging situations that could cause them to abuse drugs again.

Other talking therapies include multi-dimensional family therapy, which helps your family cope with the stress of drug addiction for the user as well as those involved emotionally with the addict, and motivational enhancement therapy, which helps with the changing of the drug user’s thought patterns and behaviors.

Based on scientific research, it is thought that for treatment to be effective addicts have to be treated in a very individual, tailored manner — as no one treatment fixes all.

F for treatment to be effective, all those involved must acknowledge that the process is going to belong, that no relapses should occur, and understand that addiction is a complex but treatable disease.

Treat drug abuse include a mix of:

It is essential that people seek help with drug abuse as there are thought to more than 35 million people who suffer from drug use disorders worldwide.

Because drug addiction is a chronic disease, people can’t just be expected to stop taking the drug for a few days and then be cured. What we have to accept is that treatment is seldom straightforward and can be a long and painful journey for the addict.