Something you need to know about non-tobacco nicotine 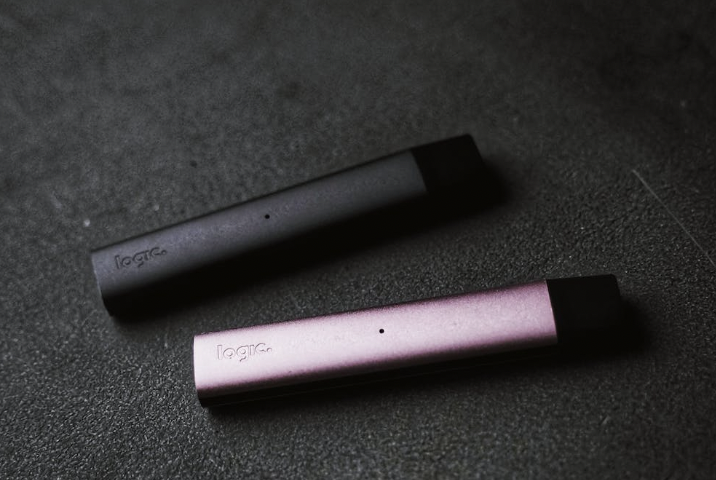 When it comes to tobacco smoking, what first comes into our mind is nicotine, which is a highly addictive stimulant alkaloid naturally present in tobacco plants.

Nicotine is the most featured constituent of tobacco plants and is present in all tobacco products, such as cigarettes, cigars, chew, dissolvable tobacco, e-cigarettes, heated tobacco, pipe and more.

However, tobacco plants are not the only source of nicotine. It also naturally occurs in some edible food plants such as potatoes, tomatoes, eggplants, aubergine, etc., but the amount is limited.

What’s more, nicotine can even be human-made, which means it is made without using natural tobacco plants.

Today let’s take a look at non-tobacco nicotine, which is generally known as synthetic nicotine or tobacco free nicotine and is growing in popularity.

Unlike traditional nicotine, synthetic nicotine is created in a laboratory using chemicals rather than tobacco plants， such as tobacco leaves, stems, tobacco extract and so on. It is also referred to as tobacco-free nicotine(TFN) or non-tobacco nicotine(NTN).

Besides, it offers the same level of satisfaction and pleasure to users as nicotine derived from tobacco plants.

A fact about nicotine

Concerning tobacco-related diseases, there may be some misunderstandings. For instance, some people may attribute tobacco harm to nicotine.

Nicotine indeed has side effects. It is highly addictive and can produce birth defects in humans. Particularly, nicotine exposure during adolescence can disrupt normal brain development.

However, nicotine is not noted to be the predominant cause of smoking-related diseases.

The International Agency for Research on Cancer has claimed that nicotine is not generally viewed to be a carcinogenic substance.

Then what is the primary cause of tobacco-related diseases? The answer is tobacco bystanders, predominantly toxicants presented in tobacco plants and tobacco smoke.

In particular, the tobacco smoke produced during the combustion contains huge amounts of harmful chemicals that may cause deadly diseases.

The harm of tobacco

Both tobacco plants and tobacco smoke generated during the burning contain toxins that do harm to human health.

As for tobacco plants, they consist of hundreds of hazardous chemicals, including arsenic, formaldehyde, acrolein, hydrogen cyanide, ammonia, benzene, polycyclic aromatic hydrocarbons (PAHs), tobacco-specific nitrosamines (TSNAs) and so on.

Besides, harmful chemicals like cadmium and lead also exist in the soil where tobacco plants are grown. Moreover, nitrates present in fertilizers could also be found in tobacco plants.

These chemicals are accumulated in the tobacco plants and get released when tobacco products are burnt, which then are inhaled by users into their lungs.

What’s worse, during the process of tobacco burning, there are even more toxic compounds to be generated, such as ash, tar and carbon monoxide.

It is said that there are around 70 cancerogenic substances found in tobacco smoke. Smokers are at high risk in developing certain types of cancers, especially lung cancer.

Except for causing cancers, tobacco smoke is also responsible for some other diseases like cardiovascular diseases, emphysema, stroke and so on.

As a result, smokers who are health-minded may choose to move to non-tobacco and smoke-free alternatives to regular tobacco products. This is one of the reasons why non-tobacco nicotine gains its market.

How does synthetic nicotine differ from tobacco-based nicotine?

Apparently, the major difference between synthetic nicotine and tobacco-based nicotine is their raw material as well as the making process.

Synthetic nicotine is synthesized using either a chemical or an enzymatic process, whilst tobacco-based nicotine is derived from tobacco plants.

Compared with nicotine obtained from tobacco, synthetic nicotine does not contain impurities from tobacco plants during the extraction process.

For example, there are no such cancer-causing chemicals as tobacco-specific nitrosamines (TSNAs) present in synthetic nicotine. The TSNAs are formed when tobacco leaves are grown, cured, aged, and processed.

Furthermore, when users consume synthetic nicotine, they don’t need to be exposed to toxic tobacco smoke, ash and tar as there is no combustion.

Hence, synthetic nicotine can keep users away from those hazards associated with tobacco plants or tobacco smoke in this respect.

What products can synthetic nicotine be used for?

It is also utilized in electronic nicotine delivery systems, such as e-cigarettes, vapes and heated alternative products.

Among these non-tobacco smokeless alternatives, heated alternative products have been increasingly popular to smokers in recent years.

Unlike heated tobacco products, which contain actual tobacco leaves, heated alternative products replace tobacco leaves with other herbs, of which the best known are tea leaves.

Heated alternative products usually consist of tea leaves, non-tobacco nicotine and flavorings, which are heated with an electronic device to produce an aerosol for users to inhale.

As heated alternative products don’t contain tobacco, they can keep users away from numerous hazards and carcinogens that exist in tobacco plants.

Also, heated alternative products can avoid users’ exposure to smoke, ash and tar, which are released during the combustion of tobacco and are harmful to health.

In addition to satisfying users’ cravings for nicotine, heated alternative products also provide them with a touch of refreshing and soothing taste that comes from natural herbal leaves.

One of the leading non-tobacco heated alternative brands is NEAFS, which was firstly launched in 2020 in London, UK.  They have launched a nationwide outdoor media campaign called ‘The Heat of the Moment’, promoting their ‘Heated Tobacco Alternative’ with exclusive media partners across the U.K.

By the way, for those smokers who want to control their nicotine intake or even quit the inhalation of nicotine, NEAFS may help them to take the first step in going smoke-free by offering a nicotine-free line of sticks.

Due to its tobacco-free compositions, synthetic nicotine or non-tobacco nicotine products are considered to be suitable for adult smokers who are unable or not willing to quit notice by reducing their exposure to tobacco.

Finally, please be reminded that regardless of any source of nicotine, be it synthetic nicotine or tobacco-based nicotine, it will threaten to addict people. So, if you currently don’t smoke, simply don’t start for the sake of your health and good habits.

You may be interested in: Vaping vs. Cigarettes: Which is less harmful?