Now declared a pandemic by the World Health Organisation (WHO), Covid-19 is the virus that has large parts of the world in lock-down. With every facet of society seemingly under threat, Governments across the globe are desperately working on plans to stem the spread of the virus. 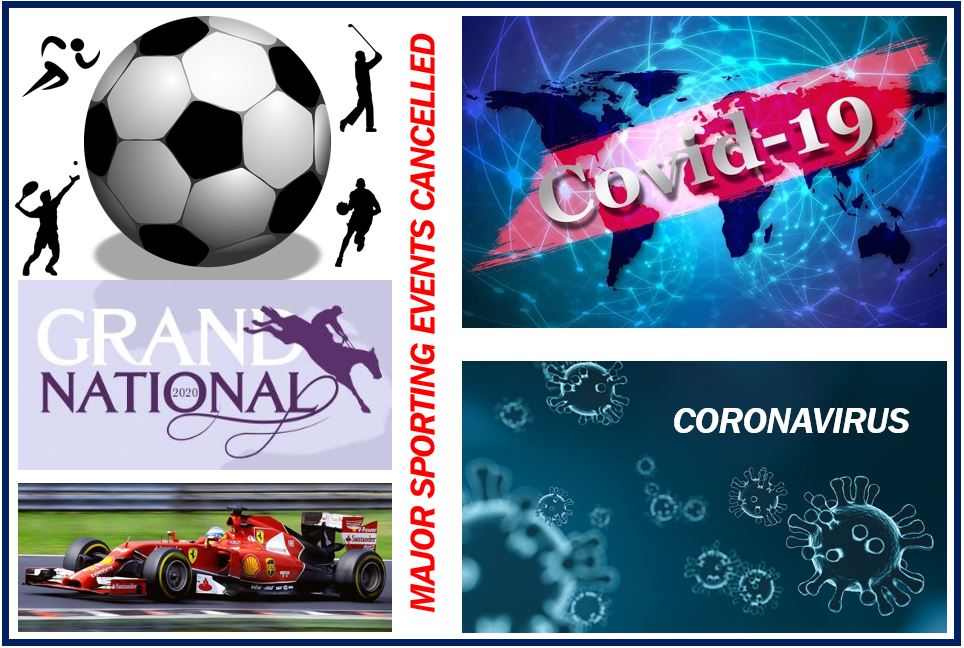 From the closure of schools, universities and child care providers in Ireland to the self-isolation of millions of Italians, leading officials are resorting to desperate measures in a bid to contain the virus. With every aspect of normal life affected, global economies are feeling the effects with the Dow Jones heading for its worst day in 33 years. With more and more cases being identified, ordinary every day activities are under pressure to be cancelled or postponed.

In the UK, Premier League team Everton has confirmed that, as a precautionary measure, its entire first-team squad and coaching staff are undertaking a period of self-isolation following medical advice. The step has been taken after a first-team player reported symptoms consistent with coronavirus. Arsenal head coach Mikel Arteta and Chelsea player Callum Hudson-Odoi have also contracted Covid-19, the teams have confirmed.

Other sporting events effected by the outbreak include the German soccer league which said it is proposing cancelling games from Tuesday until 2 April. Until then, this weekend’s games will go ahead as normal – but behind closed doors without spectators. Even in Nepal, the Mount Everest climbing season has been cancelled until at least the end of April.

The Australian Grand Prix has also been called off after teams and drivers forced the hand of Formula 1’s bosses. A decision to cancel the race was made after a McLaren team member tested positive for the coronavirus in Melbourne.

With various countries imposing restrictions on planned events and the number of people who can attend them, and no real end of the virus in sight, it is unlikely that this situation will get better before it gets worse. The Cheltenham Festival in the UK went ahead without incident however, a decision to run the 2020 Grand National at Aintree on April 4th, hangs in the balance.

With hundreds of thousands of tickets for the event already sold in advance, and hundreds of local businesses depending on the income the three day festival generates in Liverpool, cancelling the National will be economically devastating for the area. The alternative suggestion to run the race behind closed doors is currently under consideration.

In Japan, plans to host the 2020 Tokyo Olympics have been in the works for years. Due to commence on Friday July 24, the Olympics are at risk of being called off though organisers are hoping that by then the virus will be under control and no longer be a threat to the wider public.

The Tokyo Olympic Committee said it has already sold 4.48 million of its initial 7.8 million tickets to residents of Japan. Prime Minister Shinzo Abe has confirmed that Japan is preparing to hold the Tokyo Olympics and Paralympics as planned.

For now, though, most of the world’s sporting bodies are making decisions in the short term. Each day and week that passes sees more cancellations however, they are on a case by case basis. Strategies to combat the spread of the virus are evolving daily and no firm decisions on events beyond April have yet to be confirmed.

Interesting related article: “What is the Coronavirus?“