The Latest Sports Betting News From Around The Country 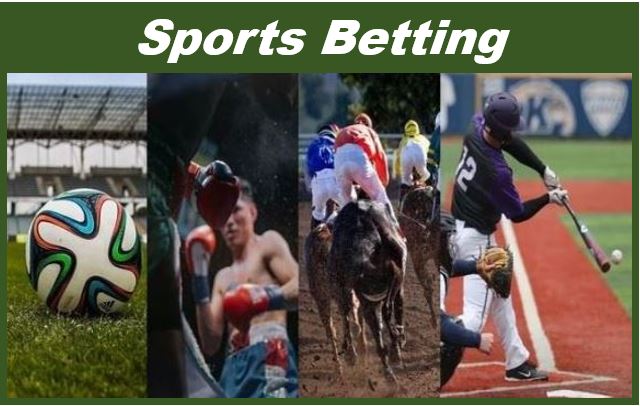 The sports betting landscape in the United States is rapidly changing. With more states opening up the doors to legalized sports betting and more sportsbooks joining the fray, things are going to be very competitive over the next few years. That’s all good news for the customer, though.

Let’s take a look at the latest news from sports betting sites around the country to get up to date:

Barstool is now added to the growing list of sportsbooks that are getting big paydays. Barstool is getting nearly $1 billion from public markets. They are also coming with a new Barstool Sportsbook app that is going to be launching in multiple states, however there is no timeline as to when this app will release. Some states that they plan on releasing the app in are Illinois, New Jersey, Michigan, Colorado, Indiana, Virginia and West Virginia. With New Jersey and Michigan possibly being released in the first quarter of the year.

It is also expected that all retail sportsbooks will be converted to Barstool-branded sportsbooks by the end of the year 2021 according to Penn National, who is Barstool sports new partner. But before they accomplish that, they will allow for retail casinos to hold live events with Barstool members, to attempt to bring in a different demographic.

Many US sportsbooks have been raising in shares so far, as DraftKings has raised more than $1 billion, FanDuel parent Flutter raised $1 billion, and PointsBet raised close to $250 million.

Penn National also teased a brand-new sportsbook that would feature live streaming content, shareable bet slips and much more. But just like their announcement of an app, there is no timetable for their new sportsbook.

The investigation of 5Dimes has recently reached a settlement over their illegal sports betting operations as well as money laundering and wire fraud. The settlement has been set at $46.8 million, although not all of that settlement is cash. As the Department of Homeland Security had seized $3.4 million cash but also assets such as a George Mikan rookie card that can be sold between $400,000 and $715,000. It was clear that Sean Creighton had been laundering the money in more ways than one.

The settlement was reached after 5Dimes acknowledged the fact that most of their $46.8 million in funds was gathered using unlawful methods.

Now, 5Dimes will be attempting to get their license in the state of New Jersey. Varela, the widow of Creighton, who was found dead in Costa Rica after being kidnapped and murdered back in September of 2018, will have the support of the US Attorney’s Office throughout the entire licensing process. Varela will now get the option to either stick with their brand or sell, but she won’t have to make that decision alone, as she is going to receive help from authorities as well. However, not everything is all over for 5Dimes yet. As it is yet to be seen how gambling regulators are going to treat 5Dimes in the future, because just days ago 5Dimes was taking illegal wagers from Americans.

Caesars and William Hill have already been partners, but Caesars has stated that they want to maximize their potential together. Caesars will benefit tremendously selling off of the non-US business of William Hill. Some benefits that Caesars gets from this partnership are a broader market access, improved attractiveness for other potential partners and a unified wallet and experience from sportsbook to online casino.

As for William Hill, they believe that partnering with Caesars is in their best interest, as they have made a significant jump over the last 18 months and wish to maximize their US opportunity.

Yes, it is true. Before the deal between Penn National and Barstool, FanDuel actually had a big opportunity to purchase the sportsbook. For a cheaper price as well. As Barstool founder Dave Portnoy said, “they missed the boat.” Portnoy also said that FanDuel not even making an offer has put a chip on his shoulder, as he felt that they “missed” on Barstool.

Barstool Sportsbook was able to gather $11 million during its first weekend live in Pennsylvania according to Penn. As the app was able to attract over 12,000 first time depositors. Out of those 12,000 depositors, they had an average deposit size of $243. But Portnoy knows they can’t stop here, as he even took a shot at BetMGM’s new ambassador, stating “I know MGM, I know Caesars and they’d never do a deal with us because they’re stuffy suits or whatever.”

It will now be interesting to see how Barstool continues to grow and form new partnerships, especially after so many companies didn’t even make an offer towards them.