Start Up, then Start Over – How to Reposition the Existing Product 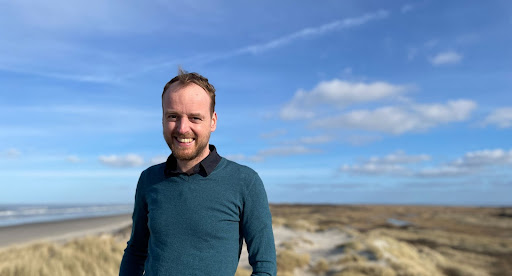 It’s a common thing when a product brings not as much profit as expected when it’s launched. Even thorough preparation can’t guarantee success. And it’s difficult to fix it – especially when much money has already been spent. In 2018, Stephan Kruger came up with the idea of Hobbiamo, a platform to find and book courses on hobbies. Not satisfied with Hobbiamo’s revenue flow, he was forced to change the concept. Stephan’s skill of design-thinking, infinite curiosity, and, most importantly, ability to find a niche allowed him to stay afloat and eventually create a successful platform to connect teachers and audience that’s into photography. That’s how the story of the AllPhotographyCourses platform began, and on the rest, Stephan will be speaking.

When my daughters were younger, they started to look for their first hobbies. First, they wanted to do piano, then gymnastics or some other kind of thing. It was really annoying that the only way to find out what was available was through other parents because all the websites with people offering those courses were pretty bad and with limited information – no way to book something. It was all through word of mouth and I thought, “Well, I could make that easier for people, as there must be more people looking for an easier answer to it.” That’s how it started and that’s why the platform first was really broad, focusing on every category of hobby you can imagine.

I started to get in touch with more people offering different hobby lessons – I was talking to a lot of violin teachers, to people coaching gymnastics, to photographers… I really wanted to understand what was driving them to be a teacher and what was annoying to them. What was the friction I could solve with the platform? And then I found out that although it’s all hobbies, they are quite different in the way they work, business structure, and so on. For instance, if you want to take violin lessons, in the majority of cases, you’ll find a teacher and if you like them, you stick with them for maybe 10 years or until you get bored of playing the violin. It’s quite a long period. And it’s the same with football: you join the club and then that’s it. For my platform, I had to get more transactions.

From the start, I was talking to a lot of people to find the pain point of not only the students looking for something but also of the teachers. The pain point I identified was solved with the first broad version. But it was too broad. I wasn’t satisfied with the revenue flow. In the next step, I looked at the different business models and considered if I could leave the platform broad and then make revenue out of advertising.

My revenue model is transaction-based and a photography course is a great option for it. You take a six-week course, you learn the skill, start practicing, and then maybe try something new. For example, I started with landscape photography but now I’m interested in portrait photography, so I take another course, making more transactions on the platform. That’s why I concentrated on photography courses. Also, the approach with all those different courses would take too much time for me. At the same time, I managed to stick to the initial idea of connecting hobby teachers with students – it was just not as broad anymore.

Making a profitable business out of something bigger would be challenging – I needed a really enormous platform for an advertising revenue model,  the one with a lot of visitors. Besides, I have another full-time job, so I’m doing both at the same time. My All Photography Courses Team is only two people as managing the platform is not that difficult. I believe more in adding value, in making a personal connection. And that, I guess, is also one of the reasons why the platform is working. Focusing on ads, you’re just not adding a lot of value to either side. We really focus on making human connections instead of just web scraping, adding courses, and doing ads.

One thing I’d like to touch on is concept testing. For instance, one of the tests I was running was the business name, the URL. I spent a lot of time just thinking about names, and All Photography Courses came to mind. I bought Facebook ads and came up with five different names for the platform. I had the exact same ad with different business names and then observed which one was clicked more. There was also a landing page behind it asking if photographers were interested in offering their courses and suggesting leaving their names. So I was also already collecting people who would be interested in the platform once it really would go live.

What I did at the start is I developed the product first and then did the testing. That was with the first platform. With the second one, I did it simultaneously because we already had the basis. I could do the testing and then immediately make the needed changes. So I think I first did it completely wrong and then I learned my lessons. I learned from my experience how to implement this concept testing the right way.

In fact, there are certain things I’d do differently if I started now. Back then, there were a lot of people giving great advice on what I should do, and then there were a lot of inspirational books about people saying what entrepreneurs should be doing. But in the end, I only found one book that was really helpful. It’s Disciplined Entrepreneurship by Bill Aulet. Basically what it is saying is that you should take certain steps, make a certain analysis, and be very disciplined. A lot of people say that being an entrepreneur is taking risks, but I believe it means limiting those risks by taking the right steps and making the right analysis. You’re limiting your risk and by testing a lot, you learn every step of the way.

So in the beginning, I had a big idea. But if I would do it over, I would do smaller steps – not develop the entire platform at a time. That was the shortcoming when I started the first version of the platform. Now it would be much smaller steps, trying approaches, and if it failed, change again. So instead of trying to think, “Okay, this business model will work,” just put it live and see what happens. Essentially, this is how the design thinking method works. You iteratively try different approaches, redefine problems over time, and finally come up with the best solution for your customers.

To sum up, that’s what you should do for painless repositioning:

I have to mention those who brought my project to life, the software company that did it. I got referred to Anadea, a software development company, through a friend of mine who also set up a website with them which is now very successful. He took his business further and hired his own developers who were happy with Anadea’s code. That’s how I knew, “Okay, these guys know how to do it.”

With the Anadea team, it was really nice cooperation. They explained everything from the tech point of view making complex stuff clear for me. It was very handy to see the progress and I could make very clear pricing agreements, because especially after the first version – which I had to change – my budget was very limited. Also, I actually went to meet the team in person. That was really helpful just to get a better feeling of the team and how it was working there.

For me, it’s again about making a connection. You can make very nice software and websites but in the end, it’s always about connecting somebody to somebody else. There’s a lot of human interaction through technology too. Sometimes people only focus on the technology forgetting there’s always a human behind that makes it valuable. That’s also one of the reasons why I went to meet the Anadea team – to make a connection, to know the people who are working there, to have a better understanding of what my project would be like.

Right now, we are working in New Zealand, and next, bringing AllPhotographyCourses to the UK. Basically, my dream is to expand it worldwide, and then broaden again under the Hobbiamo umbrella. I’m still not letting go of those violin lessons. So yes, there is enough room for growth.