Road Blocks: What’s Stopping You From Starting Your Own Business?

There are so many people who think starting your own business is a great idea, and for lots of entrepreneurs, it is… they’ve seen great success in doing it. They don’t have to fight with the traffic that comes with commuting to work each day and it’s just an overall rewarding feeling to know that the success you have is due to your own hard work. Yes, it took sacrifices but once you experience the freedoms of owning your own business, those sacrifices were totally worth it. 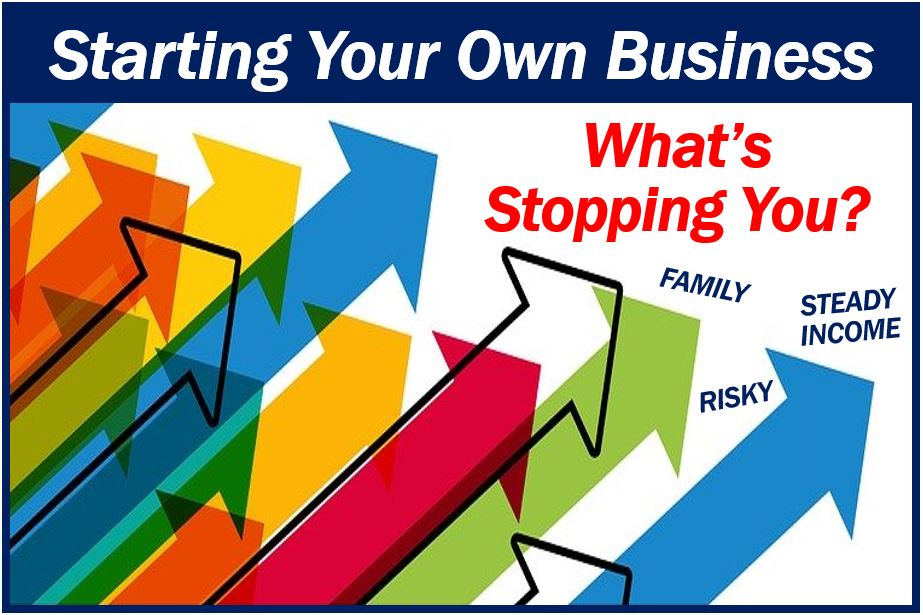 But before you can begin to experience the perks of owning your own business, you have to make the decision to do it and actually follow through on your goal of entrepreneurship… This is something that’s definitely much easier said than done because it’s such a huge undertaking. Just think about it… businesses fail all the time. Can you imagine investing your life’s savings into your dream business only to watch it hit rock-bottom within a couple of years?

The thought of failure is one of the biggest reasons why people make the decision to not start their own business from scratch. According to the Small Business Administration, nearly 80% of small businesses make it past the first year, so it’s understandable to be afraid to lose everything you’ve invested.

The good news is that the idea of entrepreneurship isn’t just limited to starting from scratch! Lots of people will open a franchise instead… some people have said that opening a franchise is better than starting a business from scratch. That may be true to some people but for most people, when they make the decision to start their own business, they want to start a business that’s based on an idea they had… not someone else’s.

Regardless of the entrepreneurial route you decide to take, there’s still the issue of not following through on getting your business off the ground but the real question is what’s stopping people from starting? What are they so afraid of? The fact that millions of people have started their own business means that it can’t possibly be THAT hard because if it were, there wouldn’t be as many people doing it, right?

Well, the reason vary from person to person. Let’s take a look at some of the biggest reasons why people fail to get their business ideas off the ground.

Afraid to Leave Their Steady Income and Benefits

With a full-time job, you know you’re going to have a paycheck coming in every two weeks or however often you get paid, especially if you’re salaried. You’re also going to have benefits, like medical, dental, and vision insurance. When you pursue entrepreneurship full-time, you’re going to have to let all of that go at some point and trade it in for uncertainty of income and have to purchase insurance on your own, which can be very expensive.

Too Much Risk Involved

Taking on entrepreneurship is a big risk in all facets. From things like a financial risk to property damage, if you have a brick and mortar business… even reputational damage. So, when you decide to start your own business, you have to look at ALL the risks your business could potentially face.

Even with all the risks your business could face, that’s still not a good reason to not start your entrepreneurial journey. First and foremost, you would want to at least start a general liability policy until you can determine more specific types of protection you might need in addition to that.

It’s perfectly understandable to be wary of starting your own business because of the risks involved but again, there are precautions you can take ahead of time to prevent some of the risks from turning into potential problems… you want to always be proactive before becoming reactive.

Sometimes people have all the means and intentions in the world to start their own business but because of their family obligations, they just can’t take on such an undertaking at the time. That’s something that’s also understandable. When you have a family to take care of, starting a business can actually come off as being selfish towards your family… and you don’t want that.

It’s not that you’re afraid of what people may think of you in starting a business venture like that but more so just how will your family be able to survive being put in a financial bind like that? You have food, school clothes, diapers, etc to pay for and starting your own business could blow your entire savings out the water, leaving you not able to pay for the bare necessities of your household. So, you have to think long and hard about your family obligations before you take on entrepreneurship.

Interesting related article: “What is a Startup?“