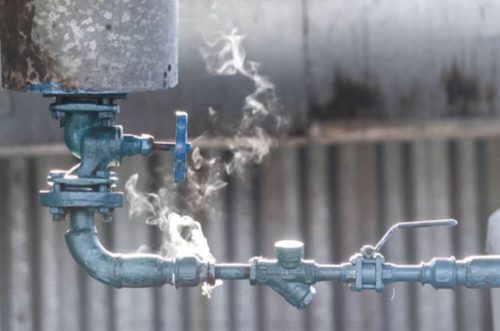 It is often true that the difference between a well-functioning system and a malfunctioning one is simply a matter of proper maintenance. This adage certainly holds when it comes to steam traps, which are essential for the smooth operation of any steam system. Unfortunately, these critical components need to be more understood, leading to frequent problems.

Also, installing a steam trap monitor by Pulse Industrial can save time and money by providing automated real-time failure alerts. In this article, we will explore the basics of steam traps, including how they work and why they are crucial for proper steam system operation.

How Do Steam Traps Work?

A steam trap is a device used to remove condensate from a steam system. Condensate is water that has been condensed from the steam, and it is typically present in systems where steam is used for heating purposes. Steam traps ensure prompt condensate removal from the system so it does not build up and cause any problems.

No steam system is complete without steam traps. These devices are so important that their proper selection and installation are critical to the system’s efficient operation.

There are three major steam traps into which all other steam traps can be further classified: mechanical, thermostatic, & thermodynamic.

Mechanical steam traps are one of the most popular in the industry today. These devices use an automatic mechanism to open and close a valve to control the steam flow.

Float traps are automatic valves that open to allow condensation and discharge air from steam systems and then close again to prevent live steam from escaping. They are used in various applications, including power plants, chemical plants, food and beverage processing facilities, textile mills, etc.

In float traps, a float (usually made of stainless steel or brass) rises and falls with the condensate level in the trap body. As the float rises, it opens a port to discharge condensate and air. The port closes when the float drops, preventing the live steam from escaping.

Float traps are available in various sizes and configurations to suit different applications. For example, some float traps have an integral filter to remove debris from the condensate, while others have a built-in sight glass so that the operator can check the condensate level in the trap body.

Inverted bucket traps are used in various industries for their ability to handle large condensate loads and maintain steam pressure. This type of trap is designed with an inner bucket that flips when it becomes full of condensation. The inverted bucket trap uses the density difference between water and steam to function.

On start-up, the trap will be in the “inverted” position, with the bucket open to steam flow. As the water condenses in the trap, the bucket will fill and eventually become top-heavy, flipping into the “right-side up” position. This blocks steam from escaping, maintaining pressure in your system.

When steam is again present, the bucket will flip back into the “inverted” position and allow for proper drainage. Inverted bucket traps are well-suited for use in horizontal pipelines due to the design of the internal bucket.

They can also handle large condensate loads, and you can use them in high-pressure applications. However, we do not recommend using them in low-pressure or vacuum systems.

Thermostatic steam traps use a heat-sensitive element that modulates the opening and closing of the trap’s internal valve according to changes in temperature. When steam condenses, it gives up its latent heat, which is used to help maintain process temperatures.

The heat-sensitive element in a thermostatic steam trap is designed to open the trap’s internal valve when this happens, allowing the condensate to discharge while maintaining a tight seal on live steam.

Thermostatic steam traps are well-suited for use in applications with large swings in process load or where there is a need to protect equipment from thermal shock. They are also often used in sanitary applications where hygiene is a concern.

Thermodynamic steam traps use the difference in density between saturated steam and condensate. It operates on the principle that steam is lighter than water and naturally rises, while condensation is heavier and will fall due to gravity.

Thermodynamic steam traps are the most common type of trap used in industry today because they are very versatile, reliable, and have a long service life.

Thermodynamic steam traps can be used in various applications and handle light and heavy condensate loads. They are also very tolerant of water Hammer conditions.

As we have seen, steam traps are vital in many different industries and applications. Without them, or with poorly functioning ones, production would grind to a halt. There are many kinds of steam traps available on the market, each with its strengths and weaknesses.

You should base the type of steam traps to use on the specific needs of your application. By choosing the right type of steam trap for your needs, you can ensure that your production runs smoothly without any interruptions.

Interesting Related Article: “7 Manufacturing Challenges and How to Overcome Them“