Understanding the Symbolism of Lord Shiva in Hinduism

Lord Shiva, Mahadev, or Maheshwar, the creator and the destroyer of the Universe, is worshiped in almost all Indian states and several other countries. Practitioners of yoga, meditation, and other spiritual practices worship this deity and perform spiritual practices associated with God for inner awakening. 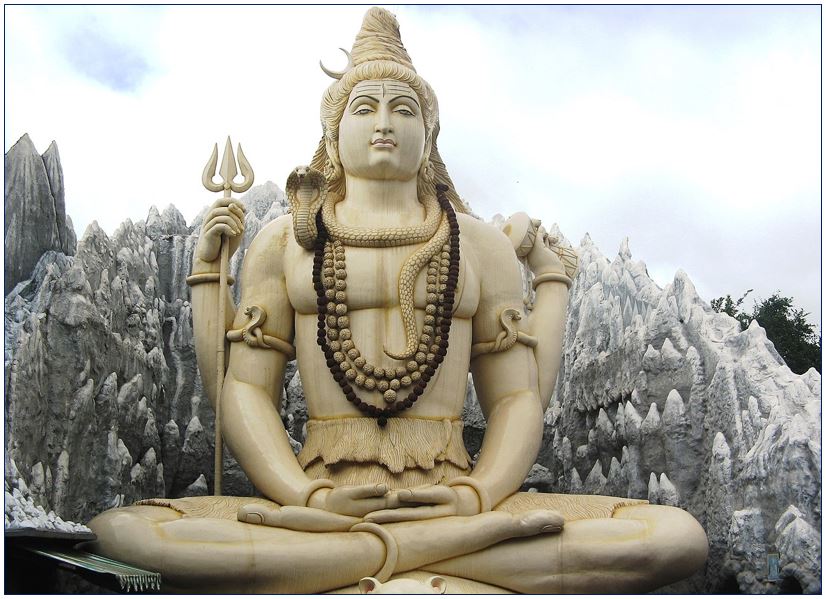 Hindus believe that worshipping Lord Shiva will allow them to transcend the ocean of life to higher spiritual levels. You can buy statues and sculptures of Shiva for worshipping or décor purposes.

These intricately carved sculptures depict Shiva in many forms and positions. It is vital to buy statues from reliable artists who sell original statues. You may explore websites that source statues directly from the artists to avoid the risks of overpaying for duplicate artwork.

Who is Lord Shiva?

Lord Shiva plays the role of destruction in the Hindu holy trinity. Hindus believe that Lord Mahadev destroys the Universe created by Lord Brahma and sustained by Lord Vishnu to pave the way for new creation and universal transformation.

As per Hindu scriptures, Shiva resides in Kailash, the highest peak in the Kailash range that forms part of the Himalayas. Every year, thousands of devotees make the holy trek to a specific point in Kailash as a pilgrimage. People are not allowed to scale the entire height of the peak.

Hindus believe that Lord Mahadev lives in Kailash with his consort Goddess Parvathi. As per Hindu scriptures and Puranas, Lord Mahadev and his consort have two children, Lord Ganesh and Lord Muruga.

Mahadev is one of the most complex and mysterious deities in Hinduism. “Nandi” or “Nandin,” a holy bull-calf, is Shiva’s vehicle and the official gatekeeper of Kailash. The deity exhibits several contradicting traits symbolizing the dual nature of the Universe.

Followers of Shiva identify themselves by the name “Shaivites.” These followers perform several organized practices and rituals and are part of Shiva worship. Shaivites practice the “Raja Yoga,” which places particular focus on meditation.

Lord Shiva symbolizes a lot of things, from immense spiritual wisdom to peace and calmness. The most striking feature of Shiva statues and cultures is the “third eye” between Shiva’s brows. From a spiritual perspective, the third eye represents inner awakening and spiritual awakening. Shiva’s third eye represents a fire or the illuminating light of knowledge and wisdom that allows humans to attain the truth.

Maheshwar is often referred to as the “Tryambaka deva” because of the third eye. The third eye also signifies qualities like intuition, insight, and wisdom. Hindus believe that the third eye grants inner sight, which the physical eyes cannot give.

Shiva is a deity with several spiritual significances. All elements that form part of Shiva sculptures have some symbolic significance and relevance. For instance, the Ganges that flows out of Shiva’s mane represents the never-ending flow of inner knowledge and wisdom. The crescent moon on Shiva’s head signifies maternal love, compassion, and kindness.

A cobra is coiled around his neck. Shaivites believe that this symbol represents Lord Mahadev has mastery over venomous human weaknesses and qualities. The tiger skin Shiva wears around his waist symbolizes mastery over animal qualities and supreme control. Another notable feature that forms part of Shiva’s form is the holy trident of the “Trishul.”

According to Hindu beliefs, humans are composed of three qualities: tamas or stability, rajas or activity, and sattva or consciousness. The three points in the trident represent each of these qualities and the control Shiva has over them. Several intricate details and symbolizations form part of Shiva’s form.

Additionally, as per scriptures, Shiva enters several mental states. He enters highly meditative states represented by peace and unmatched tranquility. Conversely, Shiva is also capable of anger and fury that can burn down all creation as per scriptures.

Lord Mahadev dances the Tandava dance in a trance state where the deity is lost in the dance. It is said that Shiva Tandav can result in the destruction and creation of the Universe. A careful look into Hindu scriptures shows you that Shiva represents everything in opposites.

Shiva also represents the fact that everything is turned into ashes in the end. The deity symbolized righteousness, equanimity, contrasting human natures, and spiritual awakening.