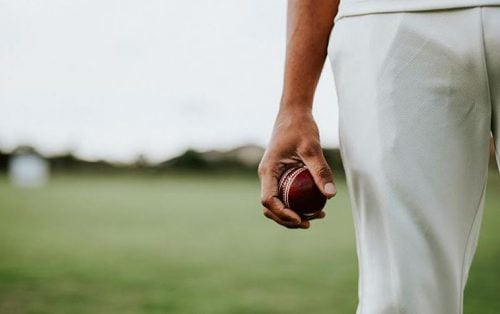 Matches are played under the T20 International status, and the event typically occurs every couple of years. South Africa served as the host nation for the first T20 Worlds, and India became the first nation to claim the inaugural ICC World T20 title. A Round Robin format precedes a Super 8 stage, followed by the semifinals and championship final. Let’s look at the opponents each winner overcame to obtain the coveted crown.

Australia in the 2021 ICC World Twenty20

Australia won the inaugural T20 World Cup in the UAE by defeating their Trans-Tasman rivals New Zealand by eight wickets in the championship match. The Australians chased 173 with seven balls remaining and won the T20 trophy, which had escaped them for the most prolonged period, thanks to all-rounder Mitchell Marsh’s 50-ball 77. The T20 World Cup 2021’s highest run scorer was Pakistani captain Babar Azam (303), while Sri Lankan spinner Wanindu Hasaranga took the most wickets with 16 in eight games.

The 2016 T20 World Cup was won by West Indies, who defeated England in a nail-biting final to win the tournament for the second time. West Indies made history when Carlos Brathwaite hit four straight sixes against Ben Stokes in the penultimate over. Mohammad Nabi (12) of Afghanistan and Tamim Iqbal (295) of Bangladesh led the competition in runs and wickets.

In 2014, India came close to capturing a second T20 championship, but Sri Lanka had other plans. The island nation won the final by six wickets to bid Mahela Jayawardene and Kumar Sangakkara farewell. With 319 runs, Virat Kohli led the tournament in scoring, while Imran Tahir of South Africa and Ahsan Malik of the Netherlands shared the tournament lead in wicket-taking with 12 each.

West Indies won the inaugural T20 World Cup in 2012 after a lopsided final match against Sri Lanka. In this round of the competition, the colorful Caribbean power-hitters proved too much for the opposing teams to handle. Shane Watson of Australia scored the most runs (249), while Ajantha Mendis took the most wickets (15), finishing first in the competition.

A year after the second T20 World Cup, the third one was held. England won the World Cup title in any format of cricket after defeating rival Australia in the championship match by a margin of seven wickets. The tournament’s leading batsman, Mahela Jayawardene, scored 302 runs, while Dirk Nannes led the bowling attack with 14 wickets.

In 2009, Pakistan won the prestigious T20 championship for the first time after shaking off the disappointment of their previous final loss to India. In the championship game, they easily defeated Sri Lanka after taking eight wickets. In this edition, Tillakaratne Dilshan scored the most runs (317), and Umar Gul again took the most wickets (13).

In a close-run race in the Johannesburg final, India defeated Pakistan by five runs. India made history by being the first team to win the ODI and T20 World Cups. Before the final, the Men in Blue won five games, including a match versus England in the group stage. India had previously played Pakistan in the World Cup group stages, which MS Dhoni’s team won by a bowl-out. The most runs scored in the competition were 265 by Matthew Hayden, and the most wickets taken by a bowler in the inaugural T20 World Cup by Umar Gul were seven.

The T20 World Cup is a loved sport globally. Cricket Twenty20 odds will be a top lookout for cricket lovers in India and globally. Betting on the T20 World cup is not complicated. Still, it is advisable to do it on sites that offer instant cash withdrawals, are reliable, and offer great game insights before, during, and after the elections. Parimatch matches all the above.

Interesting Related Article: “How To Practice For Batting In Cricket“