3 Teams to Watch in the Coming Premier League Season

The recently released fixture list for the 2021/2022 English Premier League season marked the start of the countdown to the season’s curtain-raiser on August 14. Although Manchester City remain favorites to retain their crown, rivals are preparing to dash that dream. Here are some teams to look out for this season. 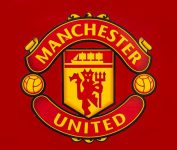 In the seven seasons since Sir Alex Ferguson’s retirement, Manchester United has been unable to mount a serious challenge for the premier league title. Spells under the management of David Moyes, Louis Van Gaal, and Jose Mourinho all ended in disappointment.

The appointment of Ole Gunnar Solksjaer, while initially seen as a gimmick, has proved to be the best management decision made by United’s board in recent times. Although they lost the Europa League final, the club can look to last season’s overall performance as a major sign of progress under Solksjaer.

With the superb Jadon Sancho on his way in, this season will be a test of Solksjaer’s ability to go toe-to-toe with the game’s most tactically astute trainers. It will be interesting to see if the Norwegian can finally prove his doubters wrong by winning some silverware.

Two seasons ago, Norwich City set the championship alight with their fast, free-flowing football. Their race to the title, and with it, promotion to the top flight saw several goal fests. While Daniel Farke impressed many by sticking to that style all season, Norwich suffered immediate relegation back to the championship.

Following another impressive triumph in the championship, this season is an opportunity for Norwich to apply the lessons of that doomed top-flight campaign and finally shake off the yo-yo club tag. Norwich’s chances of staying up this time seem bright as the well-run club has made some decent signings in the transfer window. Should they manage to sign a proven striker and keep their remaining star players, a mid-table finish will be a realistic target.

On the strength of their performances following the appointment of Thomas Tuchel last season, Chelsea is, arguably, the team best placed to knock Manchester City off their perch this coming season. Tuchel, who demonstrated his tactical acumen by quickly finding a solution to the defensive problems that plagued Chelsea under Frank Lampard’s management, bested Guardiola on three occasions last season. With the benefit of pre-season activities to get the players more familiar with one another, it’s expected that Chelsea will challenge seriously for the title this season.

The effects of the Covid pandemic on most club’s finances, coupled with the timing of the Euro tournament, have made the current transfer window less busy than usual. Success in the coming season will depend more on how well clubs are run at the board level than on how heavily they can spend in the transfer market. As this season might be more unpredictable than usual, those wishing to place early bets will do well to compare odds and offers from the leading bookies before making a decision.